‘A True Unicorn’: Rare Irish Whiskey Discovered in 19th Century Doctor’s Bag Has Been Sealed For More Than 100 Years 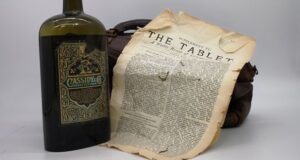 The bottle of original Cassidy’s Whiskey from Monasterevin in Co Kildare. (Image via Whiskeybidders.com)

The Irish Times reported that a 142-year-old whiskey bottle that could be worth around $15,000 was recently discovered.

The bottle of Cassidy’s Irish whiskey was found wrapped in a 19th-century newspaper inside a wardrobe in the bag of a 19th-century doctor. It has now been put up for auction and is expected to sell for as high as $15,000. However, a similar bottle sold for €23,000 ($25,243) a number of years ago, according to the news outlet, so the number could be even higher.

It is being sold along with the leather bag it was found in and its newspaper wrapping. “They’ve been together for over 120 years, it would be a shame for them to part company now,” the vendor, whiskeybidders.com, said of the whiskey, bag and newspaper. 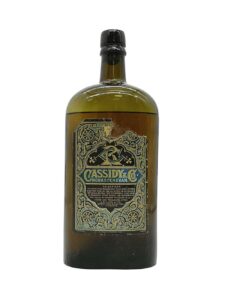 According to the documentation accompanying the sale, Cassidy’s Distillery was originally founded in 1784 by John Cassidy and produced 250,000 gallons of whiskey each year a century later. It was often sent to London and carried by canal before being shipped from Dublin Port. In 1934, Cassidy’s Distillery and Brewery closed.

The vendor described the lot as “A true unicorn. This is part of Irish Whiskey history, a super rare bottle from 1880. Cassidy’s was a distillery based in Monasterevan Co Kildare which has been closed now for over 100 years.”