Welcome to the inaugural edition of “Ready To Drink.” Here at Whiskey Raiders, lots of canned drinks cross our desks, the majority being canned cocktails. In this series, we’ll present you with the canned and ready-to-drink (RTD) releases we’ve tried recently. We’ll give you our opinions on each drink and let you know where you can find them, how much they cost and all that good stuff. 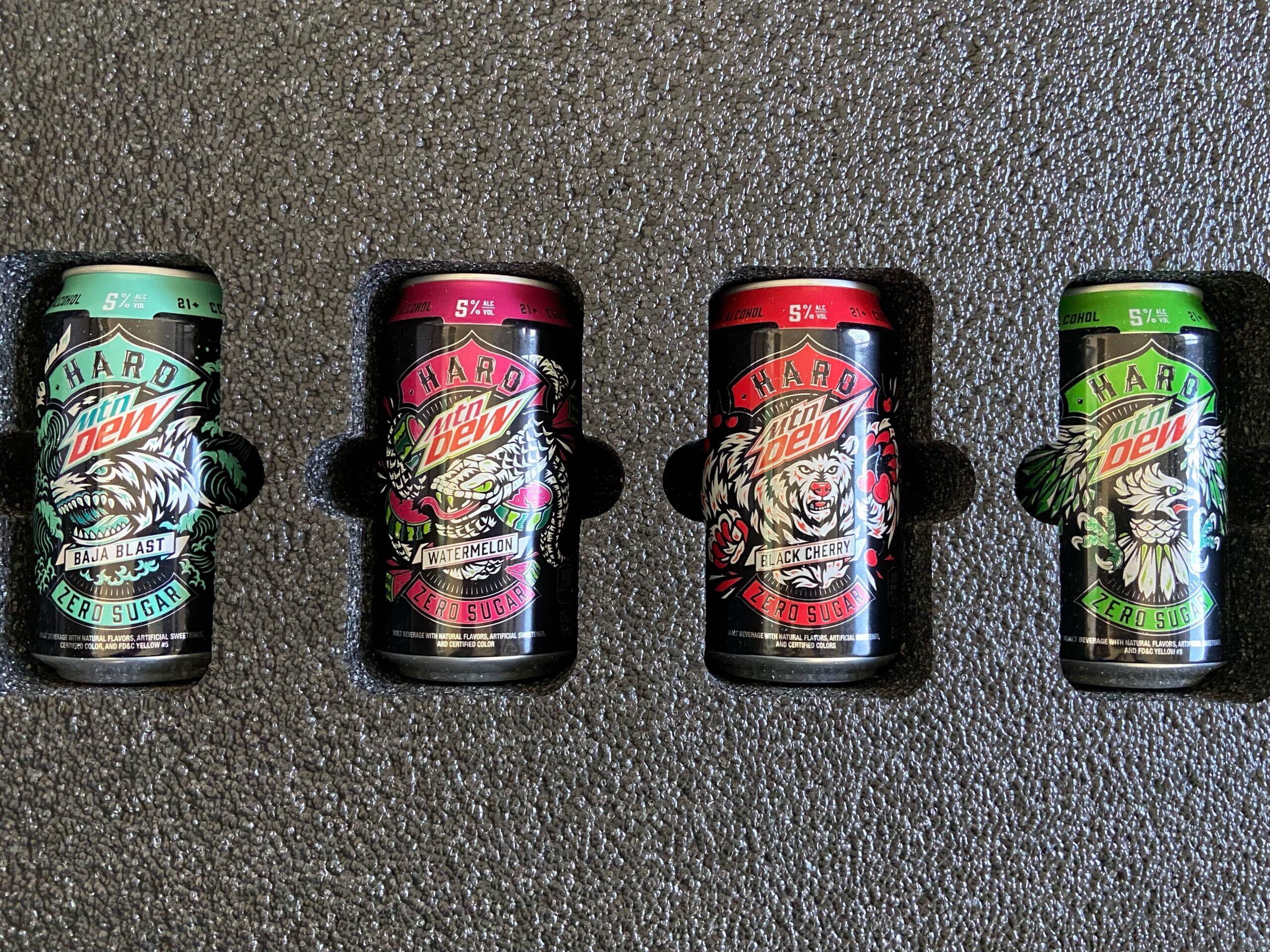 Mountain Dew picked the right time to launch a boozy version of its classic drink. Not only are ready-to-drink canned cocktails all the rage right now, but many Mountain Dew fans, who were once kids chugging the soda during overnight Call of Duty binges, are now legal adults, primed for a blast of nostalgia.

HARD MTN DEW accomplishes its goal: It tastes exactly like Mountain Dew. It’s tasty and refreshing, particularly the iconic Baja Blast. These don’t contain sugar, but you can’t tell, which is the mark of a successful sugar-free drink.

These are dangerous in how much they really do taste just like Mountain Dew. They don’t taste very boozy at all, and their balance of sweetness, tartness and fizz make them easy to down quickly and without much thought. Basically, if you want to get a buzz on while drinking Mountain Dew, these are perfect for you. 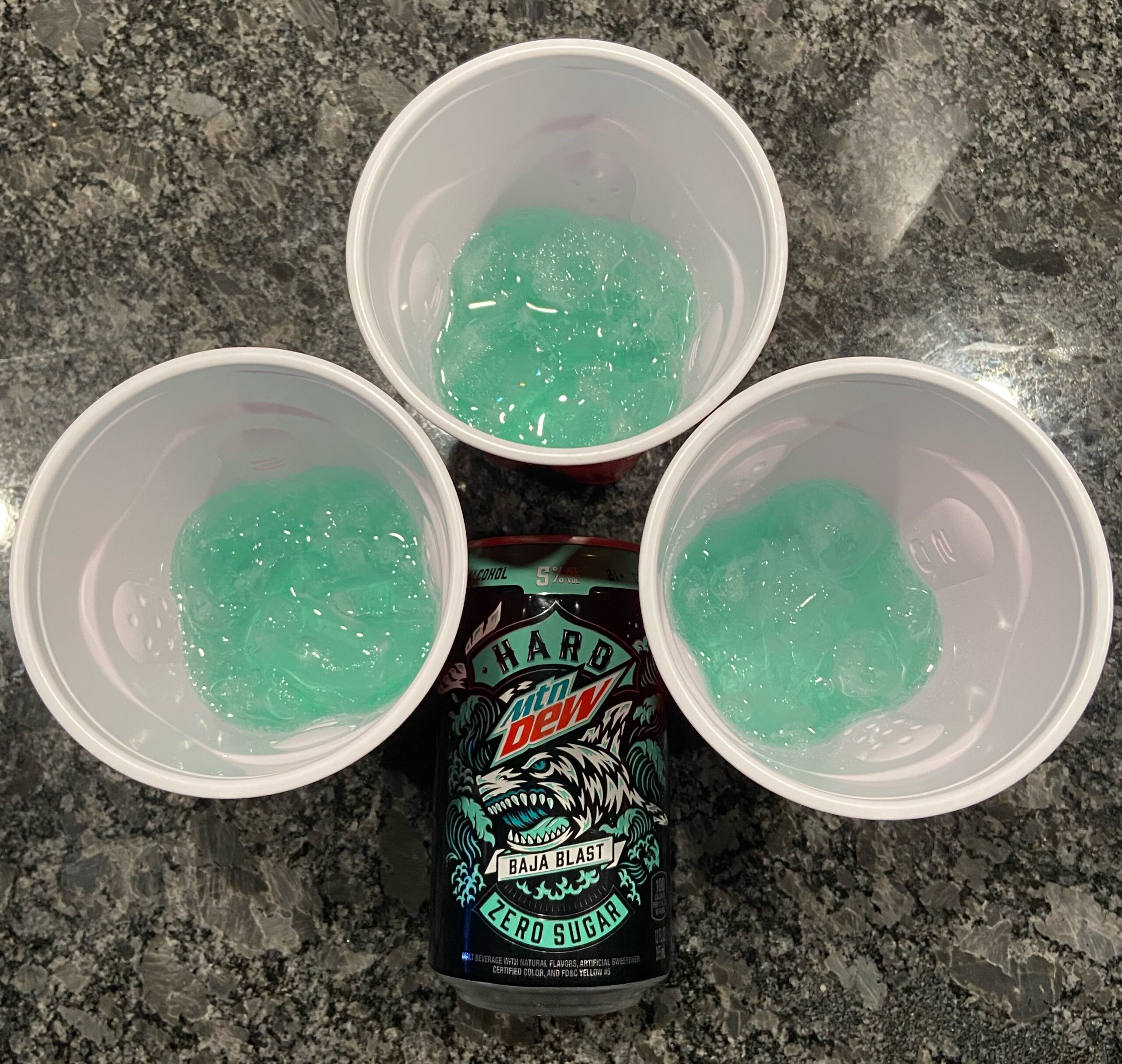 I love that these are colored like original Mountain Dew. We have five senses, and I love when a drink appeals to as many of mine as possible. The original wouldn’t be the same without Mountain Dew’s trademark neon color, and that light blue hue is key for the Baja Blast. Pour these in a cup for the full experience; just drinking them out of the can doesn’t Dew (sorry) them justice.

I also want to give a shoutout to the marketing. The badass wooden chest of HARD MTN DEW I was sent was accompanied by a faux newspaper cover from “The Hard Mtn Dew Times, with a headline reading “Dewhibition Ends At Last!” and a prohibition-era black-and-white photo with only the cans of Hard MTN DEW colorized. This was a great, hilarious touch. 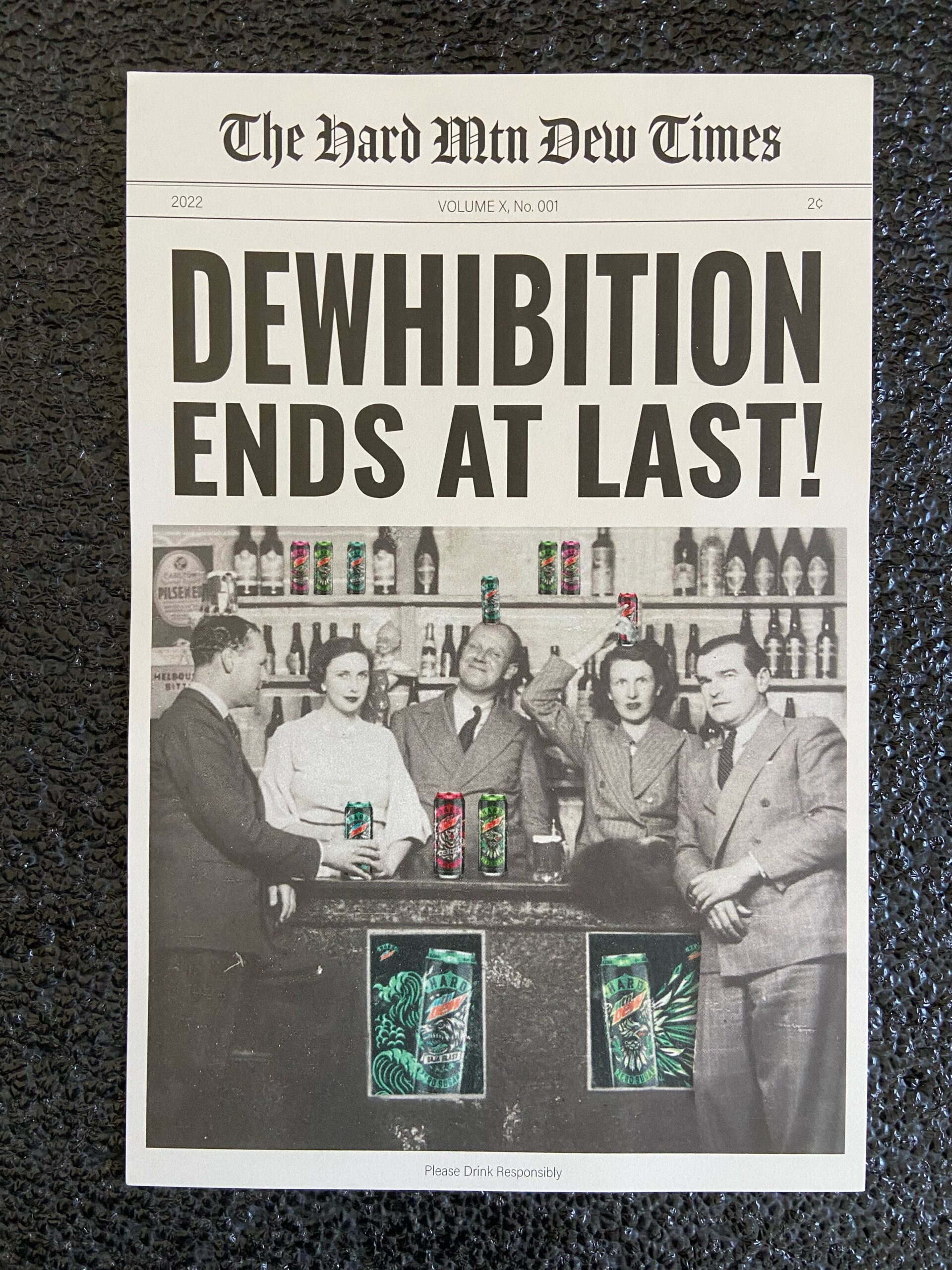 HARD MTN DEW is currently available only in Florida, Tennessee and Iowa, with expanded availability to be announced soon. A 12-pack is priced at $18.49 on Gopuff. 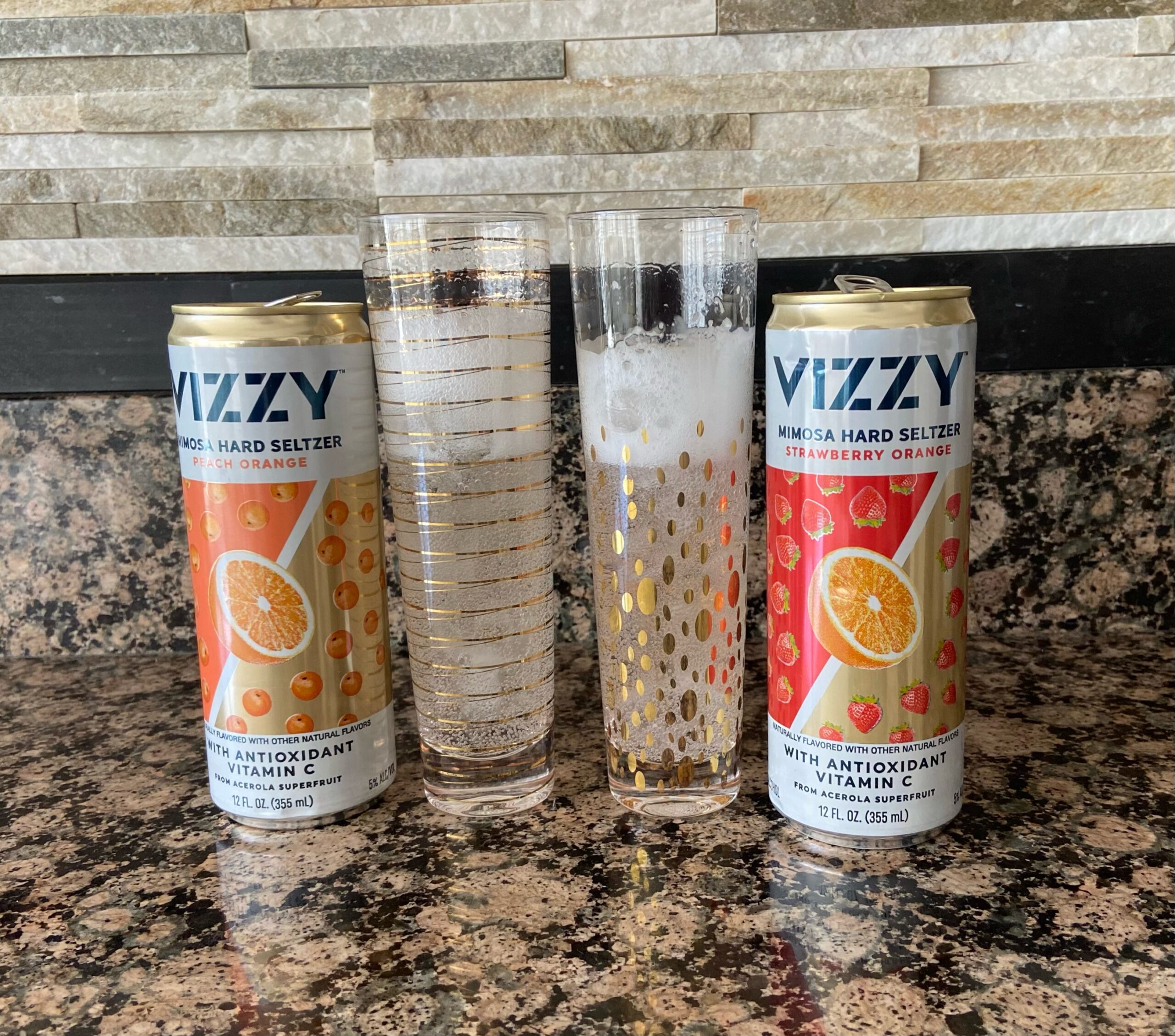 Vizzy Mimosa Hard Seltzer is made with real orange juice and is a healthy option, sugar-free with only 100 calories.

These are pretty good. Mimosas fit naturally into the seltzer format since the sparkling nature of seltzers perfectly mimics the bubbliness of champagne. Refreshing and with a nice fizz, these are light and would make a good addition to your next brunch. However, they would taste more like mimosas if the orange flavor was stronger. At least for the strawberry and peach flavors (the two I was able to sample), those flavors came through much stronger than the orange.

It’s also a shame they don’t pour orange. That seems like a missed opportunity. They’re clear, which takes you out of the mindset that you’re drinking a mimosa.

Vizzy also debuted a new North American marketing campaign, “IZ A VIBE,” which will cover not only Vizzy Mimosa Hard Seltzer but also all of Vizzy’s products in the U.S. and Canada.

The campaign will span national TV, radio, online video, podcasts, social media, influencer marketing and retail. IZ a vibe also will host a free brunch March 19 in Los Angeles to celebrate the release of Vizzy Mimosa Hard Seltzer, which the brand says will be a “Vizzyfied” brunch experience that will include performances by drag stars Morgan McMichaels, Honey Davenport and Foxie Adjuia. Learn more and register for the event here.

Vizzy Mimosa Hard Seltzer is available nationwide in 12-packs of 12-ounce cans and also will retail in standalone 16- and 24-ounce cans. Find a variety 12-pack for $18.99 from Drizly.

Blue Moon on Wednesday launched the second flavor of its LightSky brand of light, low-calorie beer: LightSky Tropical Wheat, brewed with pineapple and orange juice. The new release weighs in at 95 calories with 3.4 grams of carbs and 4% ABV. 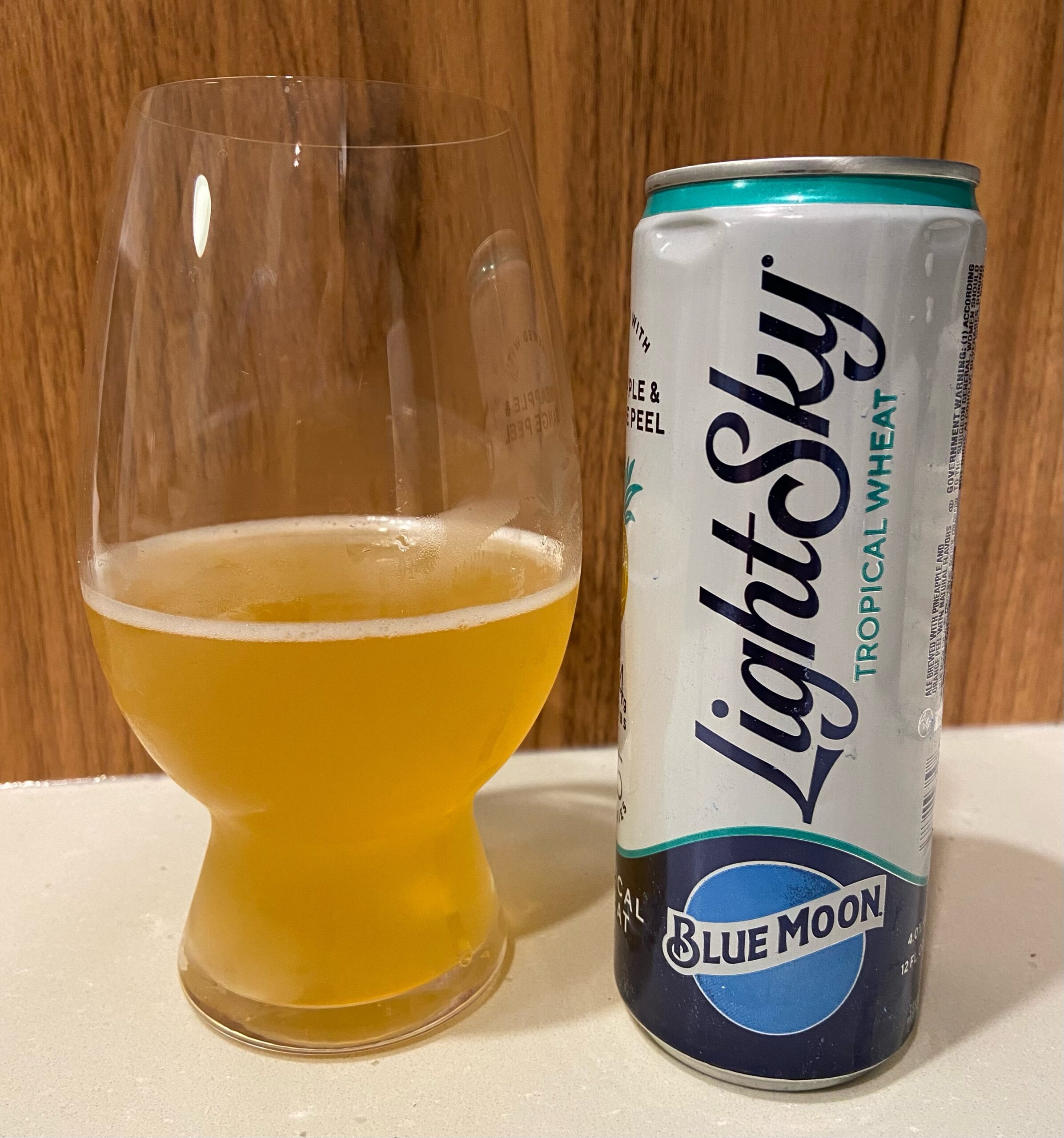 The nose is disarmingly sweet with tons of pineapple and fresh orange juice. On the palate, however, the sweet, fruity notes are quite well balanced — nowhere near as overpowering or sickly sweet as the nose would lead you to believe. The taste opens up with crisp lager, followed by heavy citrus, with pineapple and orange leading the charge.

We prefer this new iteration to the original LightSky Citrus Wheat, which debuted in 2020. Citrus Wheat isn’t bad, but it’s more of what we expect from a low-calorie, light beer: light, clean and standard. It brings a lot of orange peel on the palate, while Tropical Wheat delivers the much sweeter orange-juice flavor. Citrus Wheat is solid, but Tropical Wheat is distinctive. It will be a great summer beer to drink outdoors while staying healthy.

Crown Royal’s Latest RTD Flavor is its Best Yet 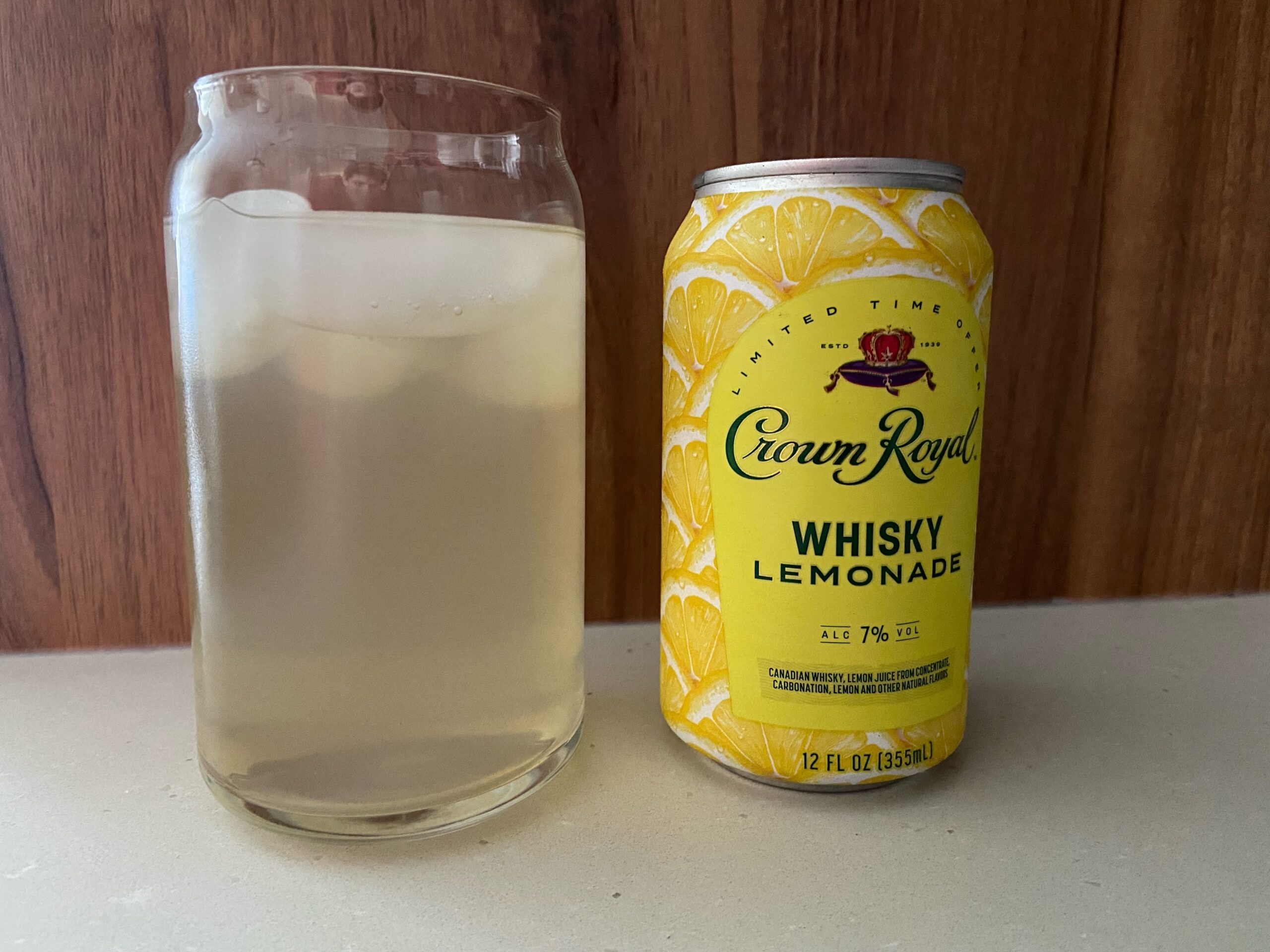 Beverage giant Diageo looks to be betting big on RTDs after recently opening a $110 million canning facility to expand its RTD capability. Diageo’s latest canned release comes from Crown Royal, which last month added a fourth flavor to its line of RTDs that debuted in March.

Whisky Lemonade is the latest flavor, joining Peach Tea; Whiskey & Cola; and Washington Apple in the brand’s RTD portfolio. The newest edition is by far the winner among the collection. The other three flavors range from pretty good to meh, but this one is really good. Perfect for a summer day, it hits the lemonade sweet spot of sweet with just enough sour. You’re met with refreshing lemonade upon first sip, and corn whiskey notes seep through on the back end. It has a fair amount of carbonation but not too much. This drink makes me want to kick back on a porch in 90-degree weather and just relax.

Whisky Lemonade, like the other Crown Royal RTDs, carries an ABV of 7% and is priced at $14.99 for a pack of four. At 229 calories, Crown Royal’s RTDs are a bit heavier and more sugary than some of the low-cal options on the market.

Disclosure: Some or all of the drinks featured in Ready To Drink were provided for review by the brands that make them. This in no way affects our reviews of these products or any recommendations we make.