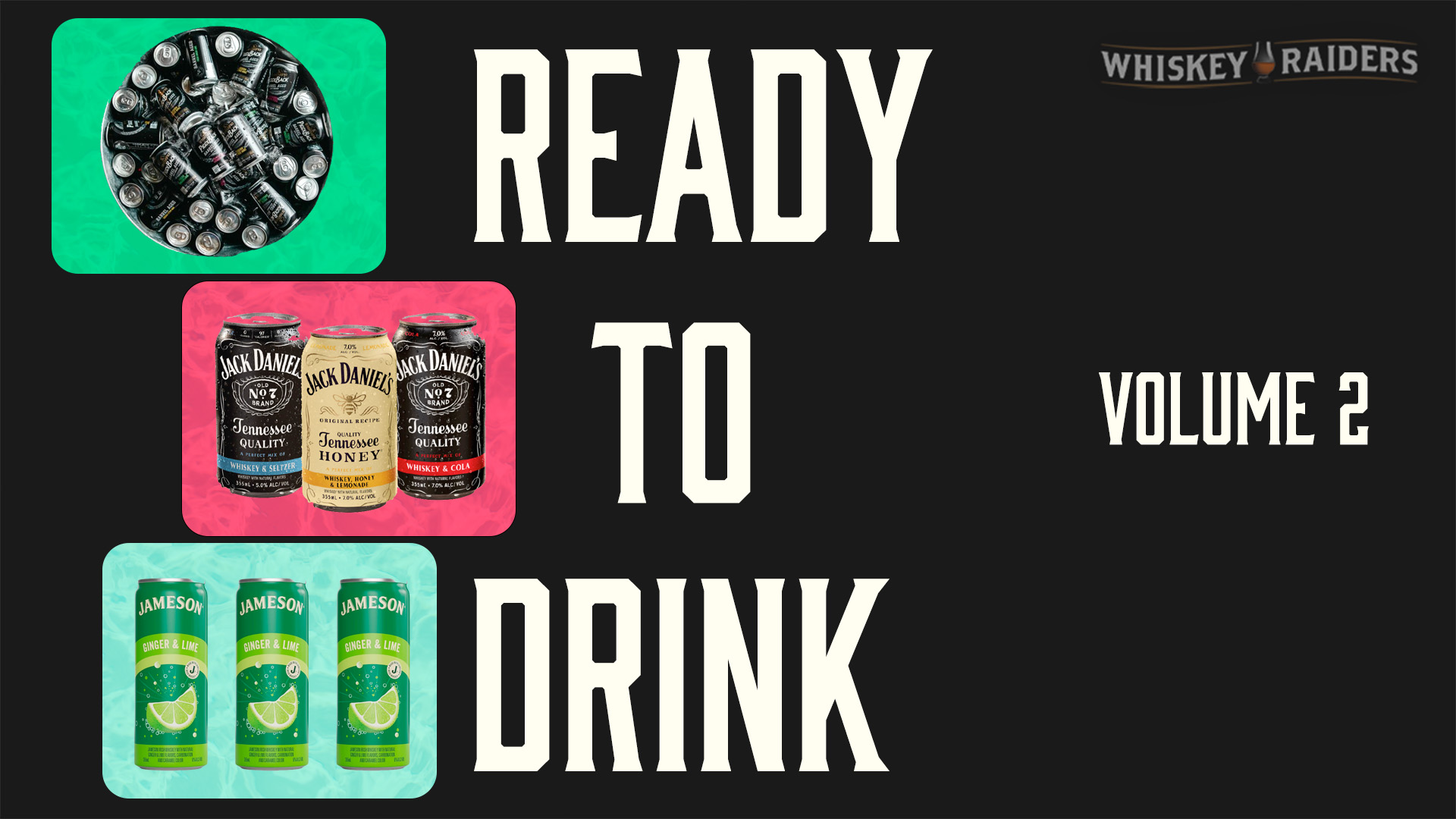 Welcome to the second edition of Ready To Drink. Here at Whiskey Raiders, lots of ready-to-serve drinks cross our desks, the majority being canned cocktails. In this series, we present the canned and ready-to-drink (RTD) releases we’ve tried recently. We provide opinions on each drink and let you know where you can find them, how much they cost and all that good stuff. 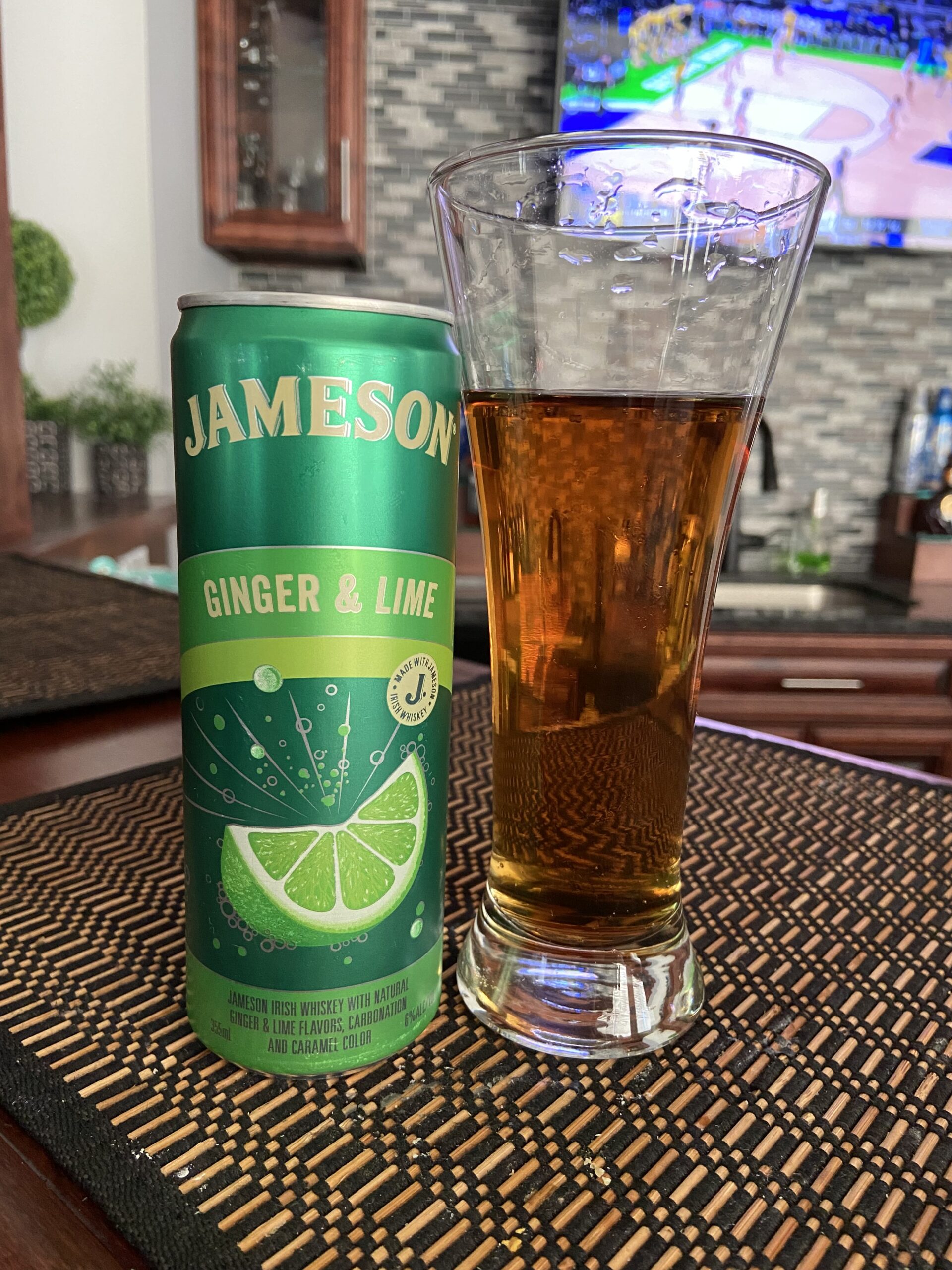 Just in time for St. Patrick’s Day, Jameson Irish Whiskey turned the classic Jameson and Ginger Ale cocktail into a canned drink with the release of Jameson Ginger & Lime.

The most prominent flavor by far is ginger, so if you’re not a big fan of ginger, you probably won’t like these much. Otherwise, give it a spin. These are pretty indistinguishable from the cocktail they’re based on — if mixed a little on the sweet side. The nose and palate are mostly ginger, with a healthy dose of lime. The finish fades into a surprising amount of sweetness.

Overall, these are tasty and pretty well-balanced, if a little too sweet on the back end. They’re also very light, following the typical seltzer/RTD formula. If you’re a big Jameson drinker, don’t expect to taste much of your juice of choice. At 6% ABV, there’s a lot more ginger ale in here than whiskey. A story from Mashed recommended adding a shot of Jameson to the can to make it a little stronger. I gave this a shot (no pun intended), tossing in some Jameson Caskmates IPA Edition (the Jameson I had on hand), and it was delicious. Jameson Ginger & Lime: Pretty good as is, but if you want it a little stronger, add a shot (or even two) of Jameson. 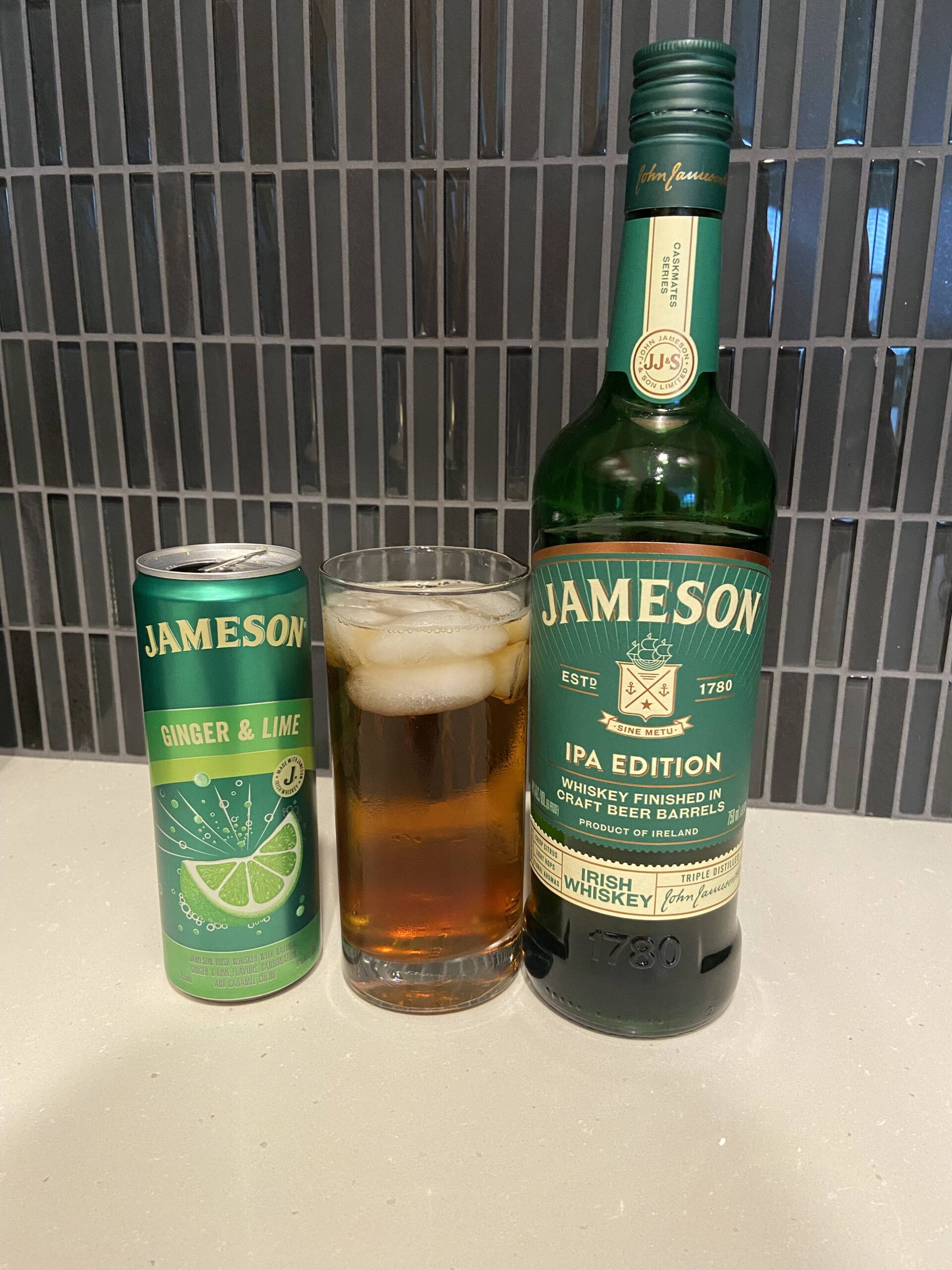 Find Jameson Ginger & Lime at retailers nationwide. A four-pack of 355-milliliter cans is priced at $15 on ReserveBar. 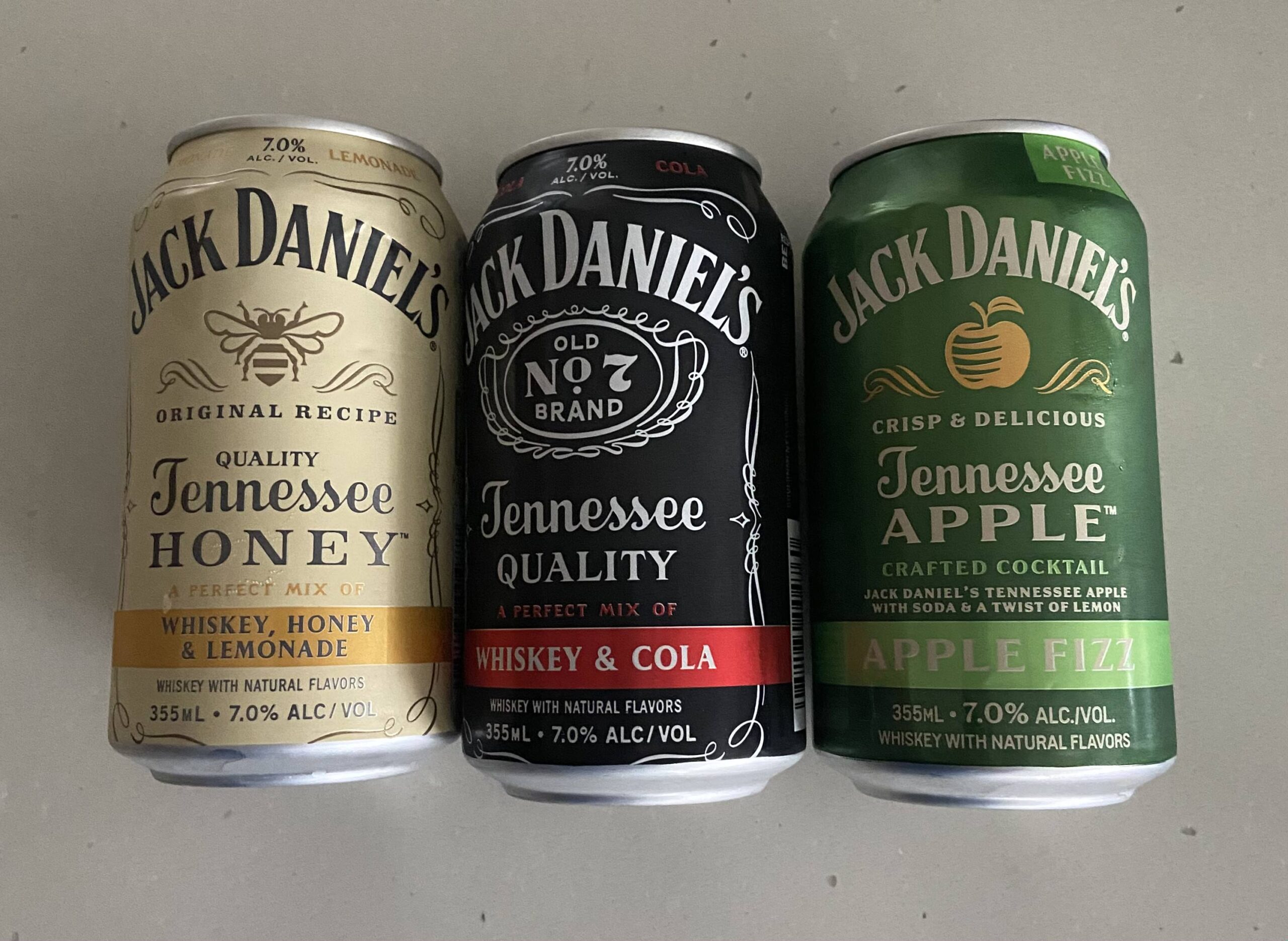 After a successful regional launch to 14 markets in 2020, Jack Daniel’s announced this month that its line of ready-to-drink cocktails are expanding across the U.S. These canned cocktails come in three flavors: Jack & Cola; Jack, Honey & Lemonade; and Jack Apple Fizz.

The Honey & Lemonade is enjoyable. It isn’t quite as good as the Crown Royal lemonade RTD we reviewed in Volume 1, but it’s different — sweeter, obviously, because of the honey. This is a light drink, but the whiskey notes come through, blending well with the honey and lemon flavors. This has exactly the same honey-sweet flavor present in Jack Daniel’s classic Tennessee Honey Whiskey. Put that together with lemonade, and you have a winner.

I went into the Jack & Cola flavor with one question and one question only: Does this taste like a Jack and Cola I’d make at home or order at a bar or on an airplane? It’s one of the most iconic cocktails there is, so nailing this one is important. Mission accomplished. It does its job. You’d probably get an overall better bang for your buck by just mixing Jack Daniel’s whiskey with a cola of your choosing, but the whole point of a canned cocktail is ensuring you don’t have to do all that. This format grants you convenience and transportability, and the end result is a top-notch canned cocktail.

Jack Apple Fizz is the lowlight of the three by far. The aroma is overwhelmingly and syrupy sweet — think a green apple Jolly Rancher or a green-apple-flavored vodka, like New Amsterdam. The taste, conversely, is not at all sweet. Instead, it’s much more muted and honestly a little bland — a bit like a spiked club soda with some whiskey flavor. The dissonance between the nose and palate makes for a disorienting sipping experience.

Jack Daniel’s Canned Cocktails retail in all 50 states for $3.99 each or $12.99 for a four-pack. Each flavor contains 7% ABV. Find them on Jack Daniel’s website. 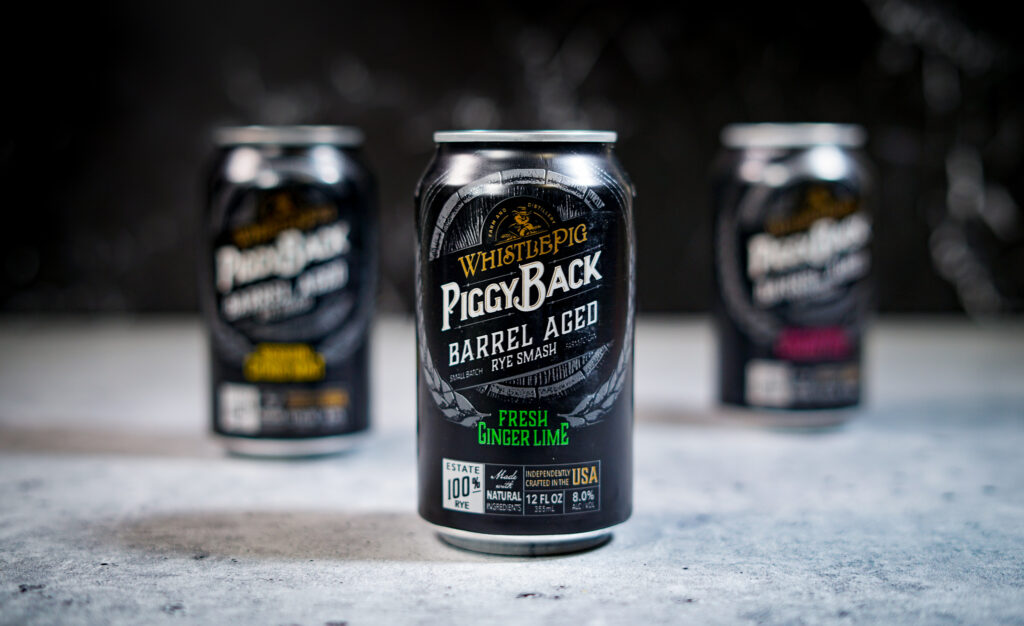 WhistlePig, a brand that’s managed to stay in the spotlight for one reason or another over the past year, keeps the innovation rolling with its new Barrel Aged Rye Smash canned cocktail line. Featuring its 6-year PiggyBack rye, these all three weigh in with a moderate ABV of 8%. The pricing is a touch premium — $16.99 for a 4-pack — but after tasting, if your wallet can justify it, these will make you as happy as a pig in mud.

Blackberry Lemon Fizz: Sweet and tart at the same time, this is what a rye cocktail should bring to the table when fruit’s involved. Light on the palate, not too fizzy, not syrupy or dense, it’s easy enough to drink and provides enough unique character to the canned cocktail game. The 8% ABV helps these hit pretty well, on par with a typical double IPA or lighter stout, but these are a touch sweet to be a chugger, so you should be safe. Overall, this fruity, tart, rye-backed cocktail in a can is a winner.

Fresh Ginger Lime: Meant to evoke memories of a Mule cocktail of sorts, it works well enough. You need to like ginger for this to really hit home for you — I found it to be zesty and spice-forward with a nice pop of lime — but this one easily tastes the most “canned” of the three – lightly tinny with a more apparent ethanol sensation on the back of the throat.

Session Citrus Mint: Last but not least is the Session Citrus Mint. Did I save it for last because mint is a minefield? Absolutely, but I’m pleased to announce that PiggyBack and the WhistlePig gang navigate it with ease, delivering what is easily the best of the three expressions. The citrus leans on lemon, with a touch of lime and pomelo grapefruit and a natural, subdued mint character to round out the profile. A great choice here, I’d call this a must-drink in the category as warmer weather approaches. 8% ABV. 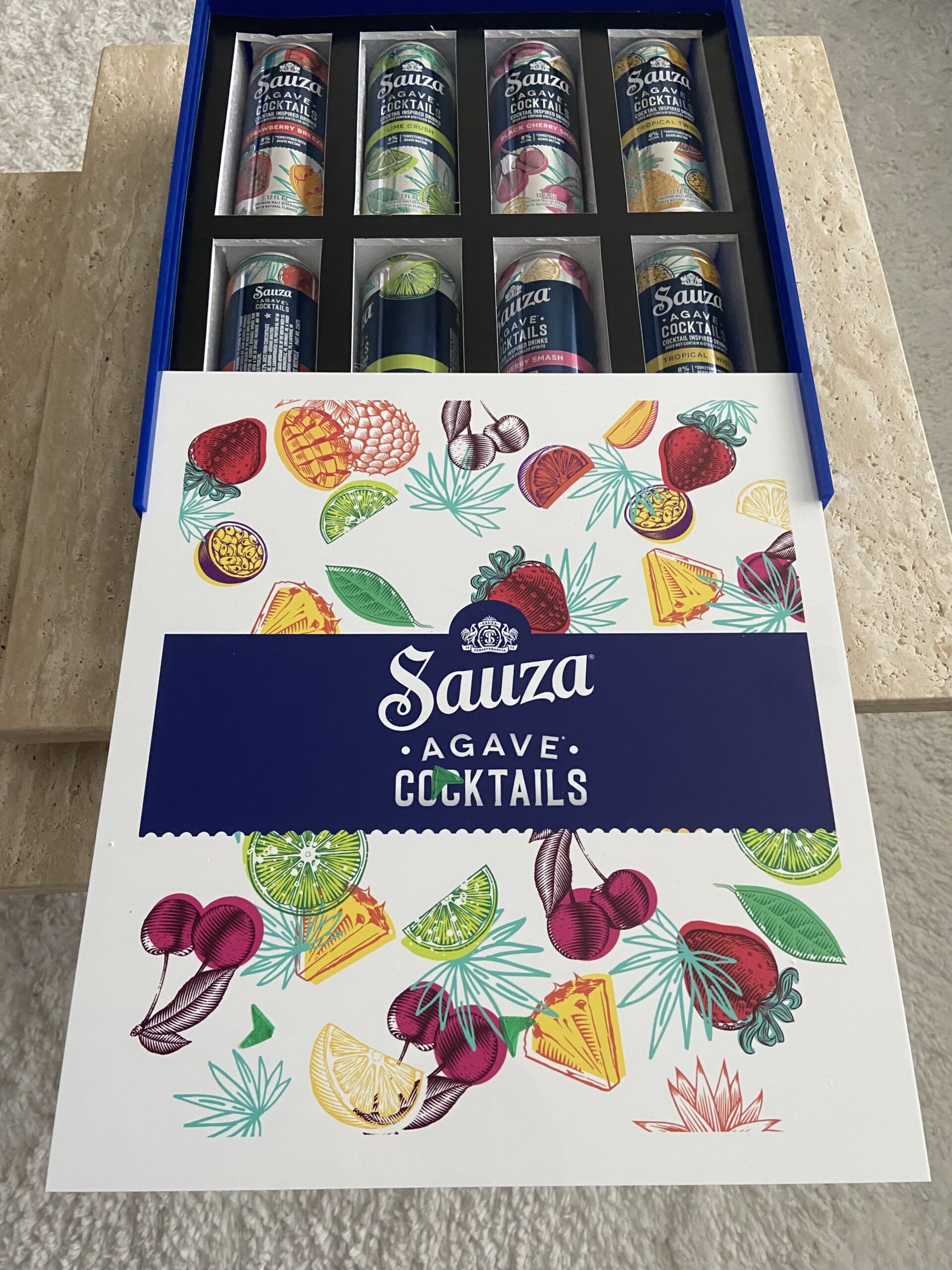 These are great. No matter what sort of drinker you are, everyone is in the mood for a sweet, fruity, margarita-esque drink every now and then. Sauza Agave Cocktails nail that category. Each flavor is refreshing and really tastes like a marg. At 8% ABV, they’ve got just enough of a kick. The March release was perfect, as these are ideal drinks to enjoy while sitting out on a patio on a nice spring or summer day.

Each flavor is refreshing and has a nice dry finish that leaves you craving your next sip.

Lime Crush is essentially a margarita but even more lime-centric. Black Cherry Smash is fruity with some pucker. Its tartness is balanced out by subtle agave and vanilla sweetness. These two flavors are tart and flavorful and in fact taste so much like margaritas (despite the fact that the word “margarita” doesn’t appear in any company-provided marketing materials) that I regretted not adding salt to the rims of the glasses I poured them in.

Tropical Twist is pure pineapple with a hint of citrus. This is my least favorite of the four but is by no means bad. It’s very, very sweet, and I wish the citrus elements were a tad stronger so they could compete with the pineapple, which dominates the palate.

The winner of the bunch is the Strawberry Breeze. I looked down while I was drinking it and half-expected to see some sort of pink, tropical, alcoholic slushy with a little umbrella and straw in my cup, plus some Hawaiian sand beneath my feet. This tastes like a boozed-up strawberry smoothie. It’s delicious.

I appreciated the colors of the Sauza Agave Cocktails, which really add to the effect and make you feel like you’re drinking a flavored margarita or similar drink at a restaurant. Tropical Twist is a pretty shade of peach-orange, Black Cherry Smash is a watermelon shade between pink and red, and Strawberry Breeze is light pink. Lime Crush has the pale shade of a standard margarita. 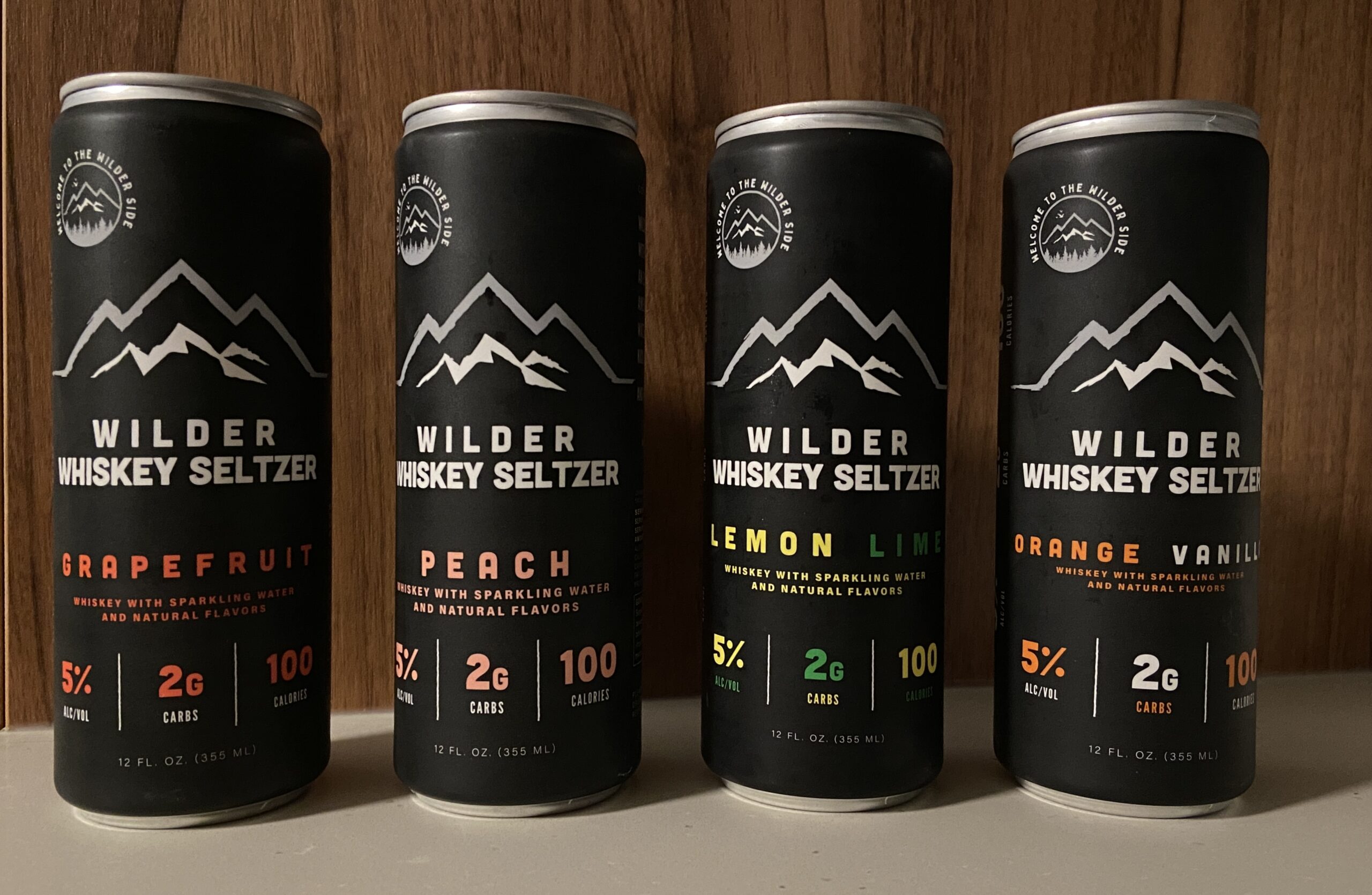 If you buy these, it should be because you want a seltzer, not because you’re a fan of whiskey. These are pretty good, but there’s not much in the way of whiskey flavor. The winner of the group is Peach, which is super crisp, refreshing, tart and tasty. About a week after I tasted the Peach, I found myself craving another toward the end of a long walk; like I said, refreshing.

The Grapefruit is similar to the peach in terms of its crispness, but it’s sourer (duh, grapefruit). Orange Vanilla is pretty good, too. The nose is mainly sweet vanilla. Upon first sip, you get a lot of orange, which then fades into vanilla. The finish is very sweet. I like the front end of this one better, but it’s solid all around. Lemon Lime wasn’t my favorite. This one sort of tastes just like sparkling water with a little bit of lemon, and some very mild whiskey flavoring on the finish. It’s very light.

These aren’t my favorite drinks of all time, but I’m not exactly a seltzer guy, so that’s to be expected. With that said, I’ll absolutely be returning to the Peach and probably Grapefruit, too. I wish there was more whiskey to go with these seltzers, but there’s not much leeway in that department with an ABV of 5%.

Wilder Whisky Seltzers are available for purchase online and ship to 40 states. They are priced at $11.99  for a four-pack or $40.99 for a 16-can variety pack, featuring four cans of each flavor. Find them here. 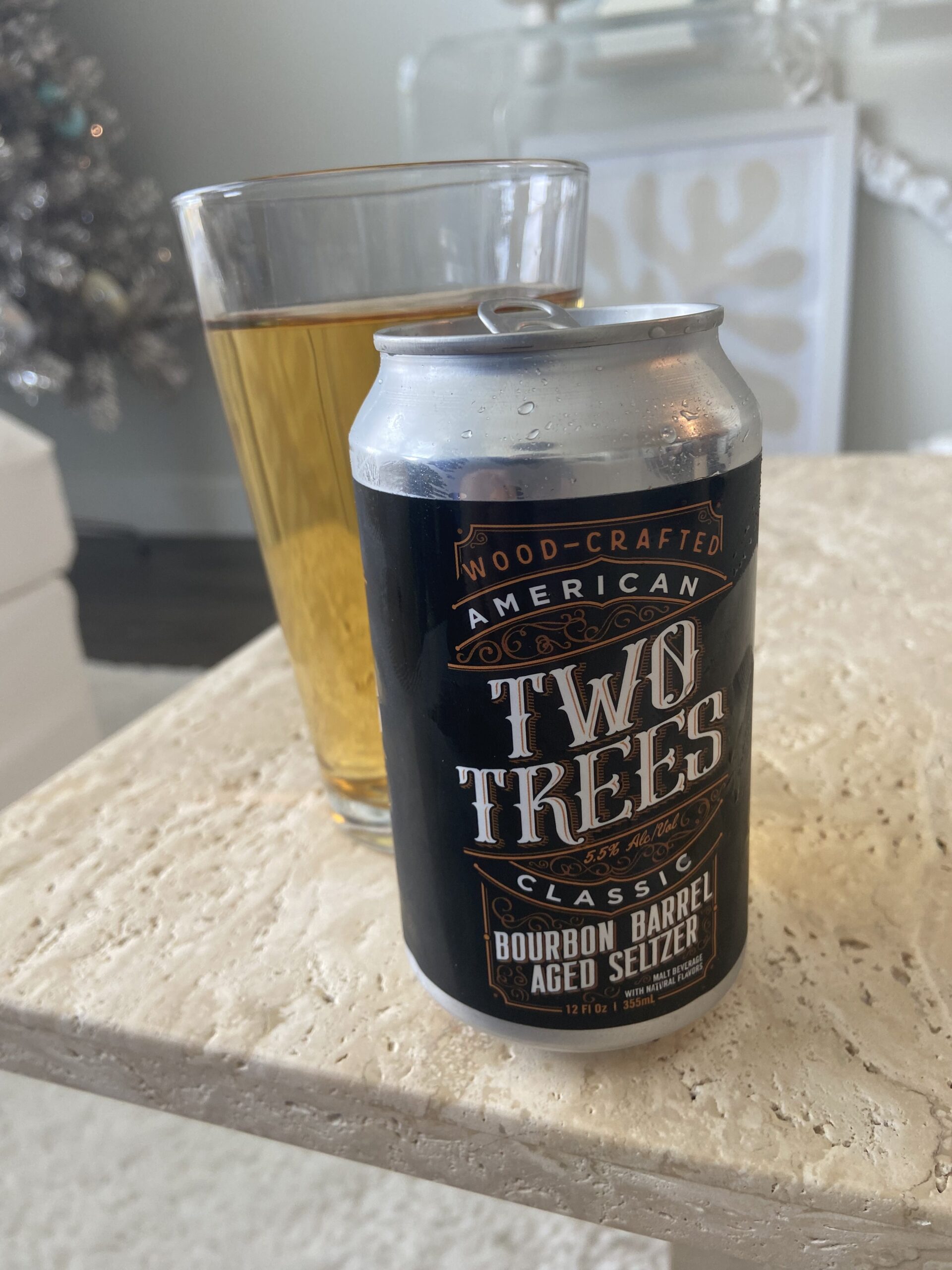 This stays far more true to the flavors of whiskey than the Wilder Whiskey seltzers, which makes sense because Two Trees makes these by blending seltzer with its bourbon-barrel-aged recipe. It’s sweet but not sickeningly so; as Two Trees Beverage Co. CEO Chad Slagle noted in a news release announcing the product, “the carbonation breaks up the syrupy mouthfeel.” I concur. The sweetness balances solidly with the corn notes of bourbon. Maple syrup comes through on the finish. These are a little sweet for me on the back end but overall quite good.

I’ll be interested to see if more flavors will be released in the future, and if so, how the pure bourbon notes present here will mingle with other flavorings.

Two Trees Bourbon Barrel-Aged Seltzer will be available in the second quarter of 2022 at a suggested retail price of $11.99 per six-pack.

In case you missed it, check out the inaugural volume of Ready To Drink, featuring new releases from HARD MTN DEW, Vizzy, Blue Moon and Crown Royal.

Disclosure: Some or all of the drinks featured in Ready To Drink were provided for review by the brands that make them. This in no way affects our reviews of these products or any recommendations we make.