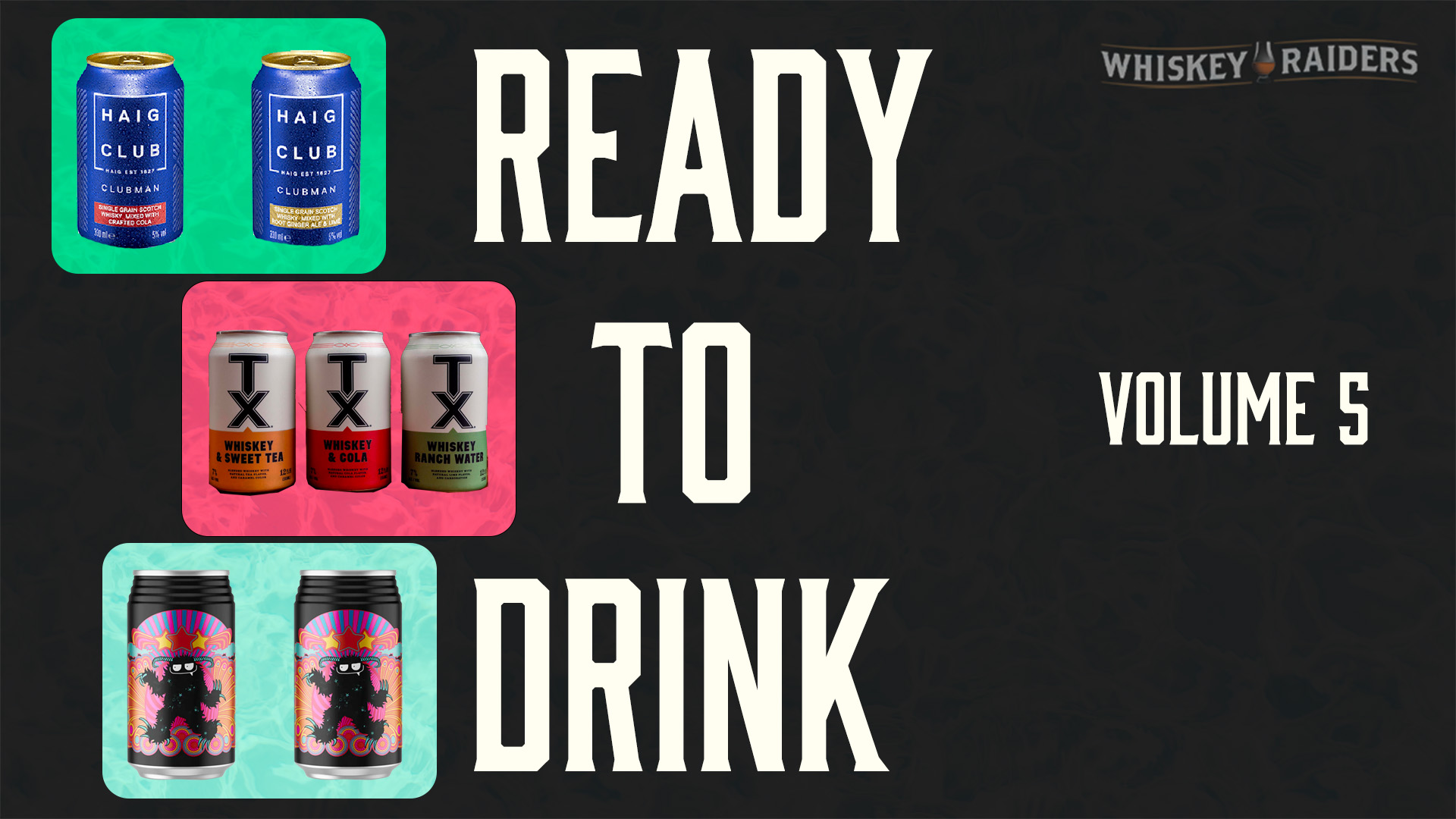 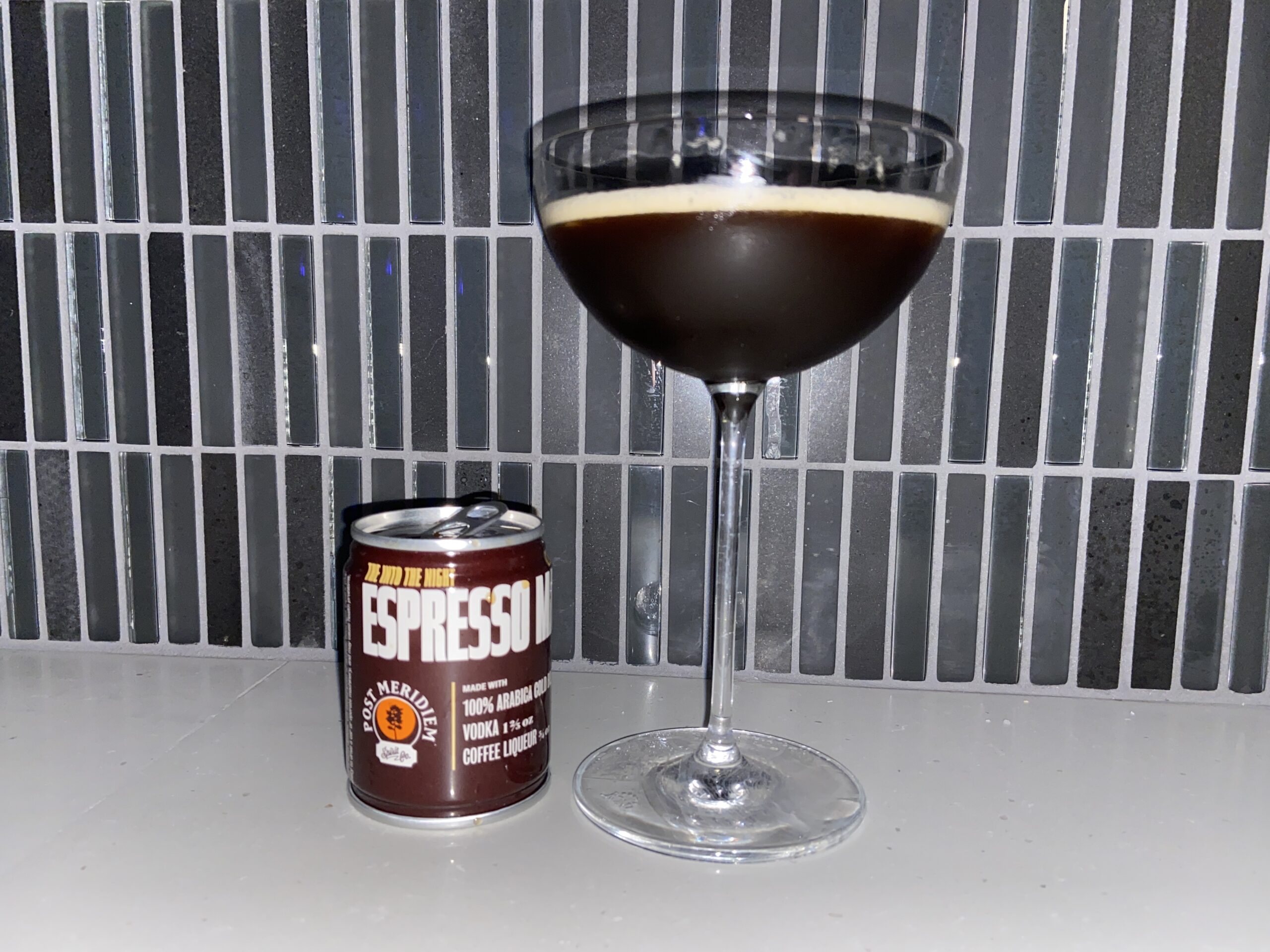 So, when I caught wind that the brand was launching an Espresso Martini that was named Best of Class at the San Francisco World Spirits Competition — which effectively means it was named the best canned cocktail in the world — I was excited to try it.

“Our Espresso Martini was a challenging cocktail to develop – it took two years to get it right,” Post Meridiem Spirit co-founder Andrew Rodbell said in a news release. “It’s not often you are recognized as the world’s best at anything. It’s amazing and humbling validation that real ingredients do taste better, and our no-compromise approach is what sets us apart.”

I went into tasting the Post Meridiem Espresso Martini with high expectations, and it didn’t disappoint. This is an exquisite canned cocktail that lives up to the hype. The coffee (100% Arabica Cold Brew) is delectable.The rest of the cocktail comprises vodka and coffee liqueur, and this is a very well-balanced drink. It’s rich and creamy with a nutty profile. As a coffee lover, this is heaven in a glass. I recommend pouring the can in a shaker and shaking it up fully for the best result.

This is very much in the conversation for the best RTD I’ve ever had and is the perfect drink for anyone who enjoys good coffee and a stiff drink.

The Espresso Martini contains 22.5% ABV — quite high for a canned cocktail but actually the lowest-proof offering in Post Meridiem’s repertoire.

Post Meridiem Espresso Martini launched in July and is available alongside the rest of the Post Meridiem range in 28 states via the brand’s website. A four-pack of the 100-milliliter cans is priced at $17.96. 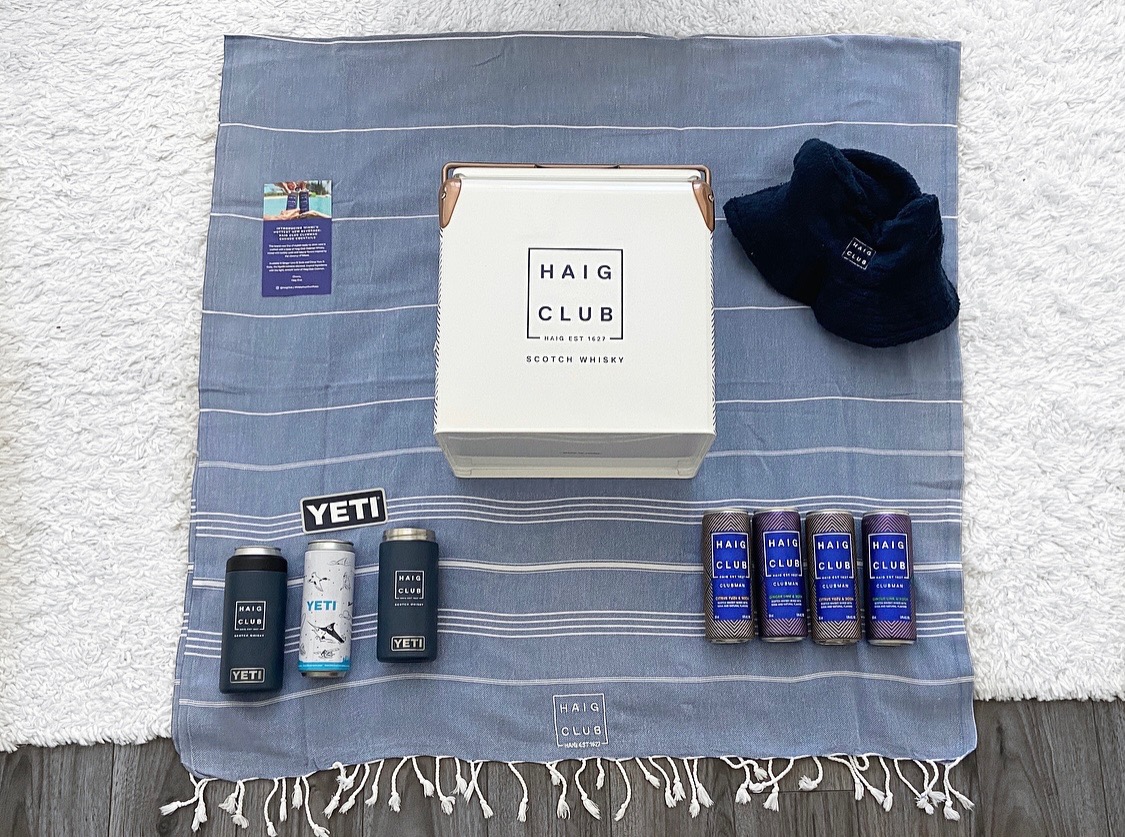 Haig Club, which counts David Beckham as a key partner representing the brand, makes scotch whisky and is now turning to ready-to-drink products made with its whisky.

Haig Club Clubman Canned Cocktails are available to purchase from Drizly and in select alcohol retailers in South Florida. The canned cocktails are sold individually and in packs of four with suggested retail prices of $3.99 and $14.99.

I had the chance to sample the Haig Club canned cocktails and quite enjoyed them. Given the low ABV of 5.8%, I expected these to be on the sweeter side, but they aren’t at all, which was a nice surprise. Sweet drinks saturate the RTD market, so straying away from that trend is a good way to set yourself apart. 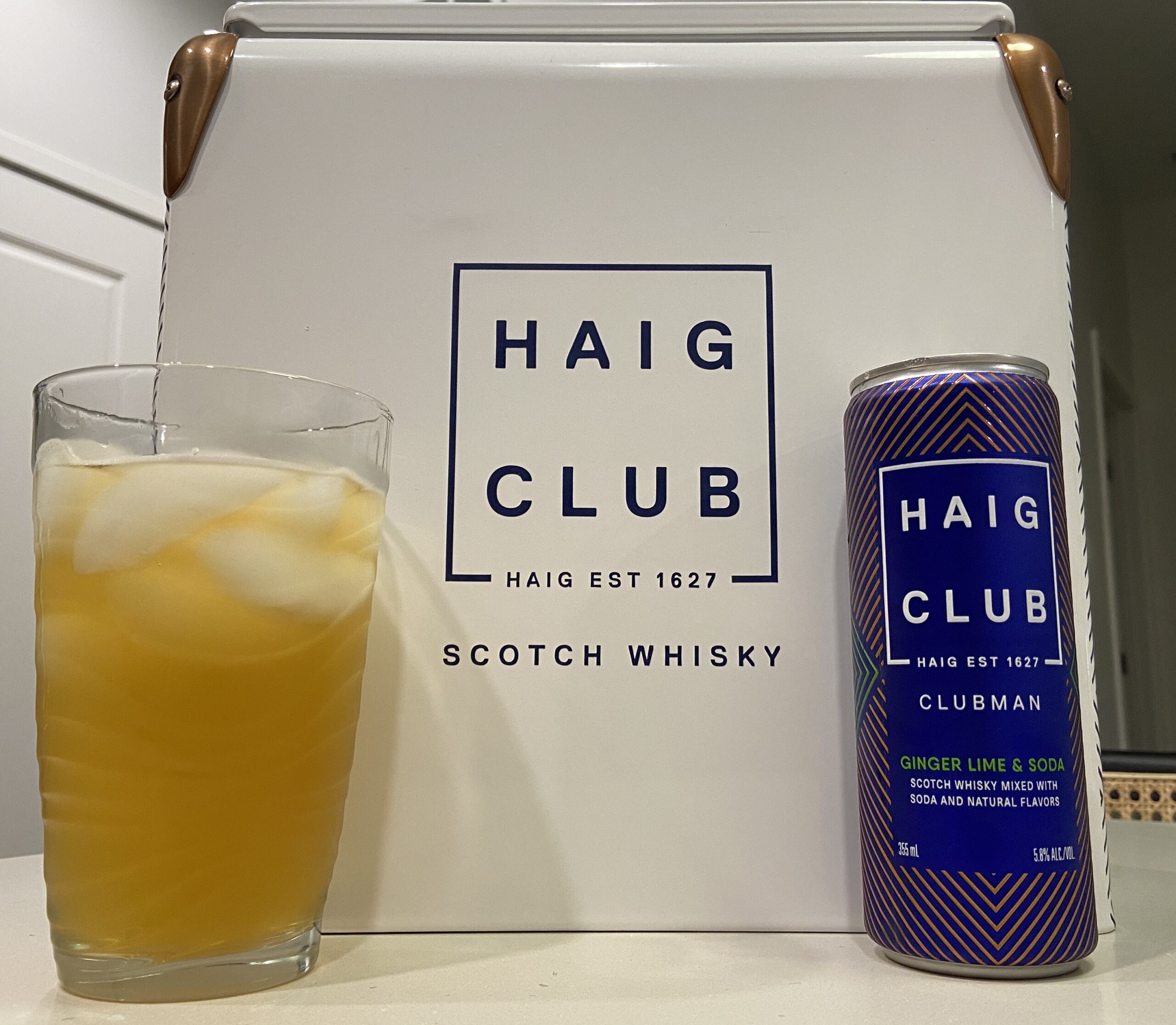 Ginger Lime & Soda features a lot of fizz and tart citrus flavors. The ginger and lime are properly well-balanced. Neither is overpowering, which is tough to pull off with ginger, a naturally distinctive and powerful flavor. Notes of flavor from the scotch come through as well, which quite surprised me considering the low ABV. The finish is dry and crisp, departing herbal notes. 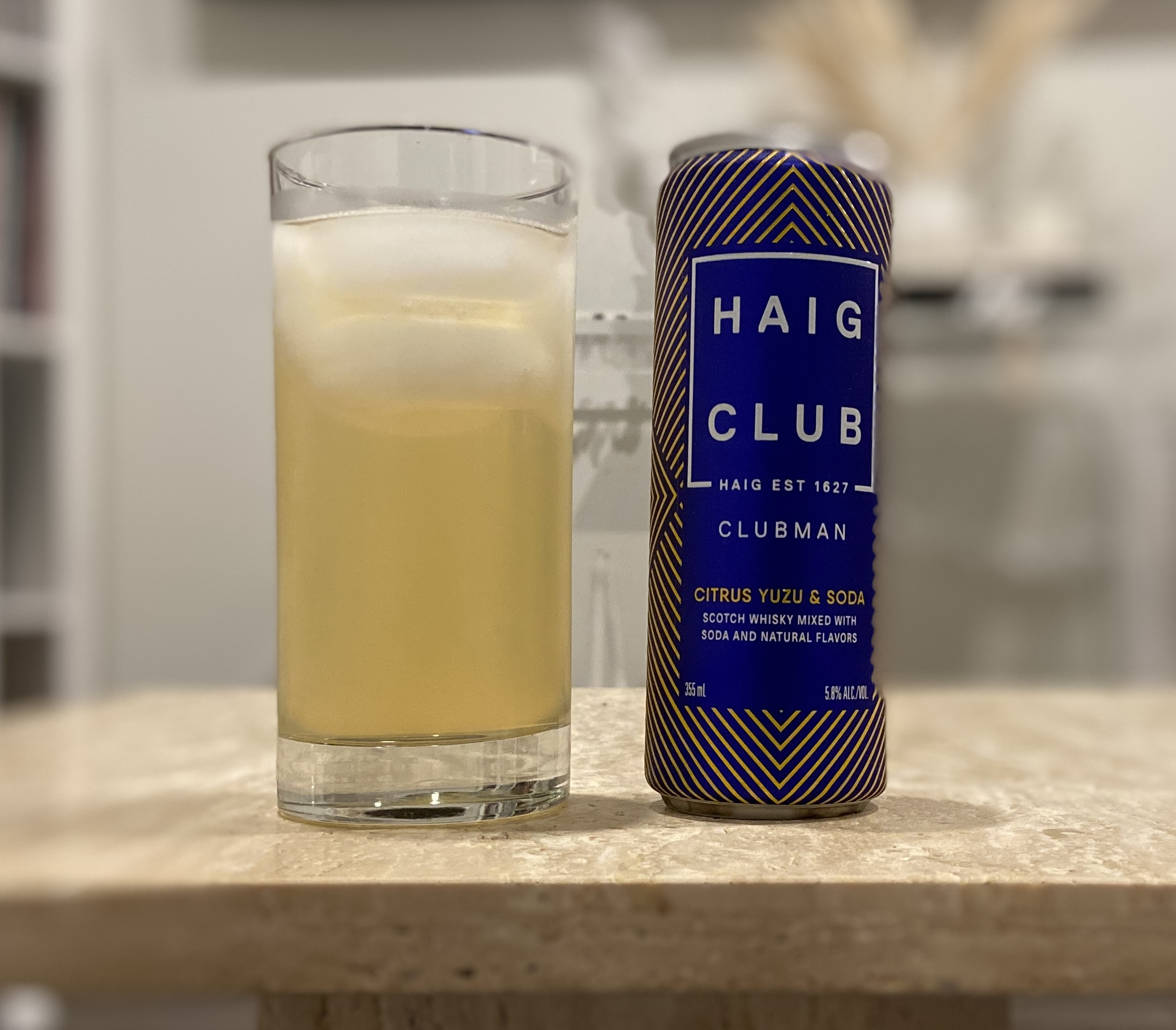 Citrus Yuzu is similar to Ginger Lime & Soda in that it too is a dry drink. In fact, the scotch undertones are even more prominent here than in the other flavor. Those notes are joined by lots of fresh lemon flavor. This is a light, fruity and dry drink and makes for an easy sipper.

Haig Club has the potential to carve out a serious niche with this release since scotch-based canned cocktails are far from common, especially in the U.S., and low-ABV canned cocktails that aren’t sugary-sweet are rare. 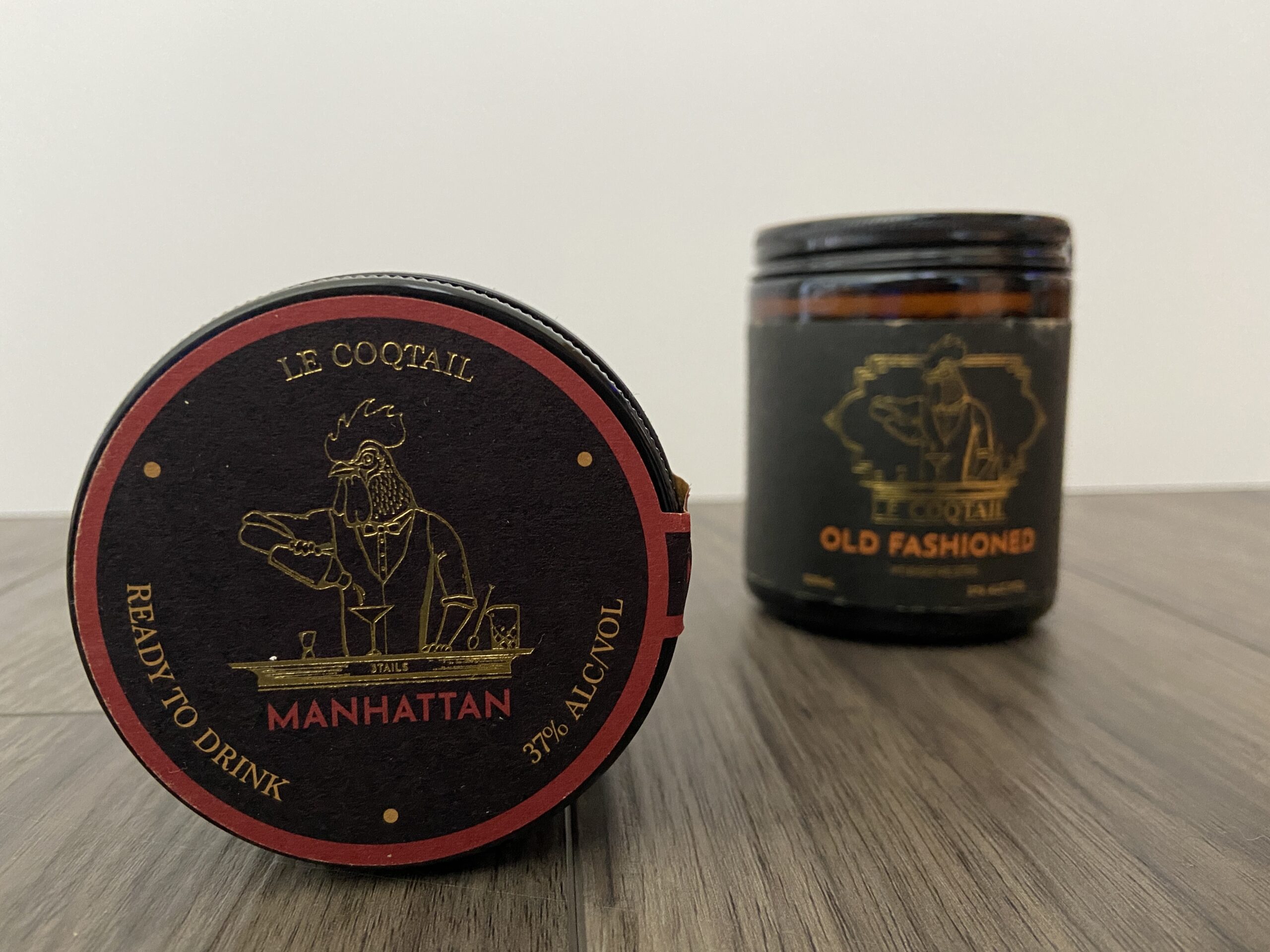 I recently tasted the ready-to-drink offerings from Le Coqtail — an Old Fashioned and a Manhattan, both made with rye whiskey. Instead of the usual cans or bottles, these cocktails come in 200-milliliter jars — or, alternatively, a 1.75-liter bag equipped with a spout to easily pour your cocktail.

Often, canned cocktails fall into one of two categories: affordable and low-ABV or premium and boozier. The premium brands, such as Post Meridiem and Sunday’s Finest Gold Fashioned, are generally superior products but come with a heftier price tag to match. With a 37% ABV on both cocktails and house-made ingredients including bitters and vermouth, Le Coqtail is clearly aiming for that premium category.

Le Coqtail’s Old Fashioned is splendid. I usually opt for bourbon in my Old Fashioned, but I enjoyed the light spice the rye brings to this one. This Old Fashioned tickles the palate with a gentle spiciness, but the rye doesn’t loudly announce its presence the way a spicier one would.

On the palate, notes of cocoa and caramel abound. Gooey caramel and toffee are present upon first sip, with an almost syrupy viscosity. Then along comes the rye spice to coat your tongue, followed by aromatic bitters to add a fun bite.

I’ve tasted a great many RTD Old Fashioneds, and this is the second-best I’ve had, behind the aforementioned Gold Fashioned.

Moving on to the Manhattan — the nose is pure baking spices. Cinnamon, cumin, nutmeg and chili powder all the way. On the palate, it’s pretty dry but sweeter than I expected given the ABV. The sweet vermouth (made with American wine, rather than the standard Italian) is very prominent — a bit too prominent. Notes of baking spices continue on the palate, along with some rye spiciness, oak, anise and sweet caramel.

I liked the Old Fashioned better, but both of these cocktails are legitimately great.

At $13.39 per jar, these are on the pricier side. It is worth noting, however, that these are 200-milliliter jars, meaning they’re good for at least two cocktails apiece. A $6.70 cocktail is more palatable — and these deliver high quality. 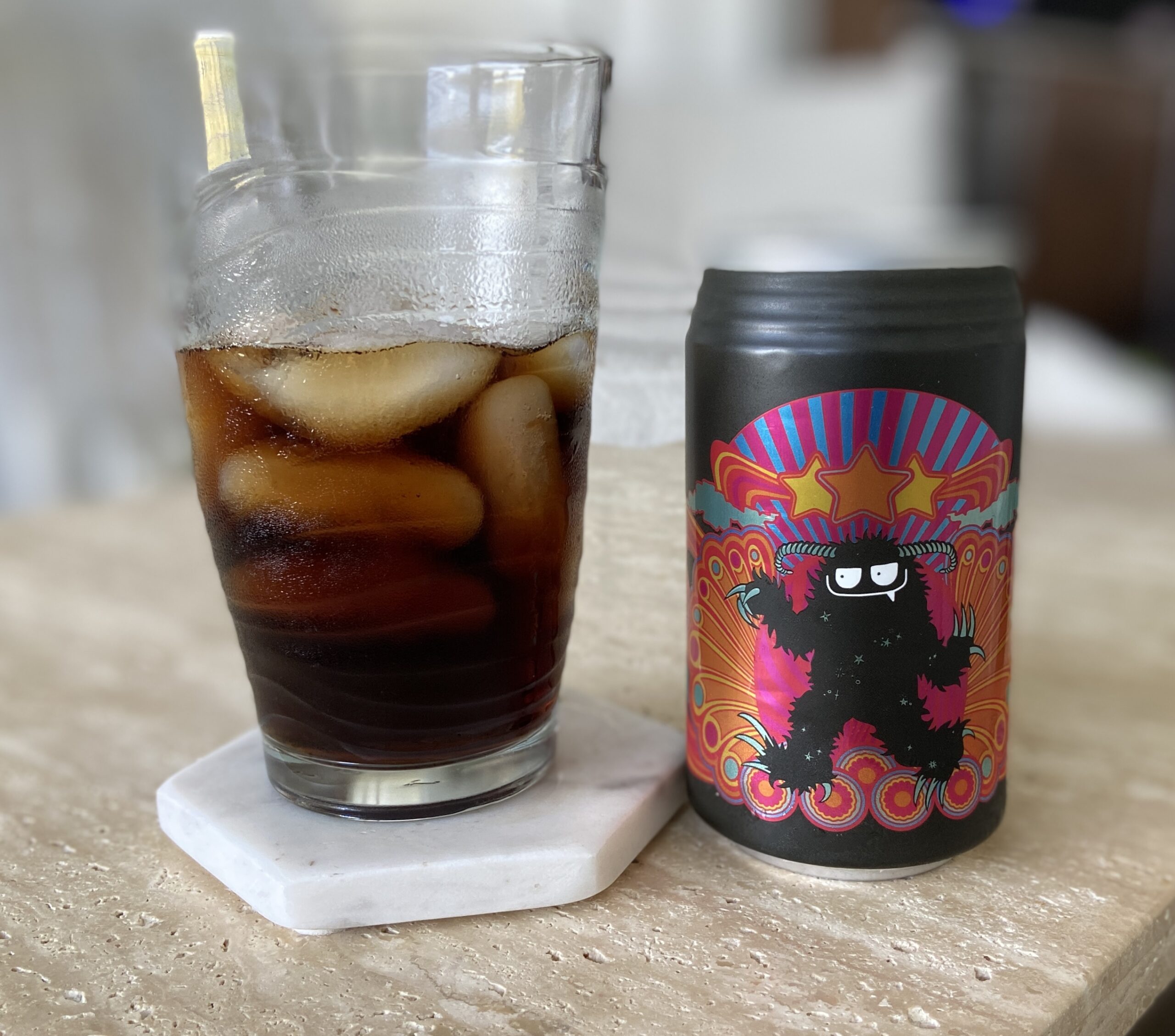 Grisly’s Cosmic Black, which contains 6% ABV, is far more complex than I expected from a bourbon and cola RTD. The cola tastes gourmet, not cheap and syrupy like some competing brands on the market.

This drink starts off with good fizz and spice notes — I’m getting cinnamon, nutmeg and clove — paired with refreshing lemon-lime. The palate fades into a more-traditional cola sweetness, which is a blast of bubblegum flavor that’s rather impressive considering the drink contains no added sugar and only 120 calories.

My only critique of this canned cocktail is the finish leaves too much lingering sweetness. I wish the lemon-lime hung around a little longer to keep it company. Overall, this is a stellar (no “cosmic” pun intended) bourbon and cola. If you’re looking for a new twist on something old, give this a shot.

If You Live in Texas, Try These Canned Cocktails

Available exclusively in Texas — online and at select retailers — are Forth Worth distillery TX Whiskey’s Canned Cocktails. The drinks come in three flavors — TX Ranch Water, TX Whiskey & Sweet Tea and TX Whiskey & Cola. Each of these drinks comes with an ABV of 7% and is blended with TX’s blended whiskey. Let’s check ’em out.

TX Ranch Water: This is made with whiskey, natural lime flavor and carbonation. It’s a pretty simple, to-the-point drink. I like this a lot because, unlike most whiskey RTDs, the palate is focused almost exclusively on the whiskey flavor. Despite the 7% ABV, you can really taste the whiskey notes, and it’s very tasty. Light and refreshing, this drink sees lime, vanilla and coconut notes join the whiskey flavor. This drink reminds me of Two Trees’ Bourbon Barrel-Aged Seltzer, but this is a better-executed drink.

TX Whiskey & Sweet Tea: I went into tasting this one with low expectations since I’m not a big fan of sweet tea. I was pleasantly surprised, however. Not only did I find it objectively good, but I would actually drink it again, despite my feelings about sweet tea. If you are a sweet tea person, this will be a home run for you. The whiskey flavors are gentle and mingle really nicely with the tea and are joined by notes of baking spices, mainly cinnamon. The drink is a little too sweet for me but still very good.

TX Whiskey & Cola: This is an awesome whiskey and cola. It doesn’t quite beat out Grisly’s, but it’s still excellent. TX Whiskey & Cola is sweet with some spice. Lovely cinnamon notes abound. This is a well-balanced drink and is my favorite member of what is a very strong range of canned cocktails.

If you live in Texas, these are worth a shot. Four-packs are available to purchase for a suggested retail price of $12.99. 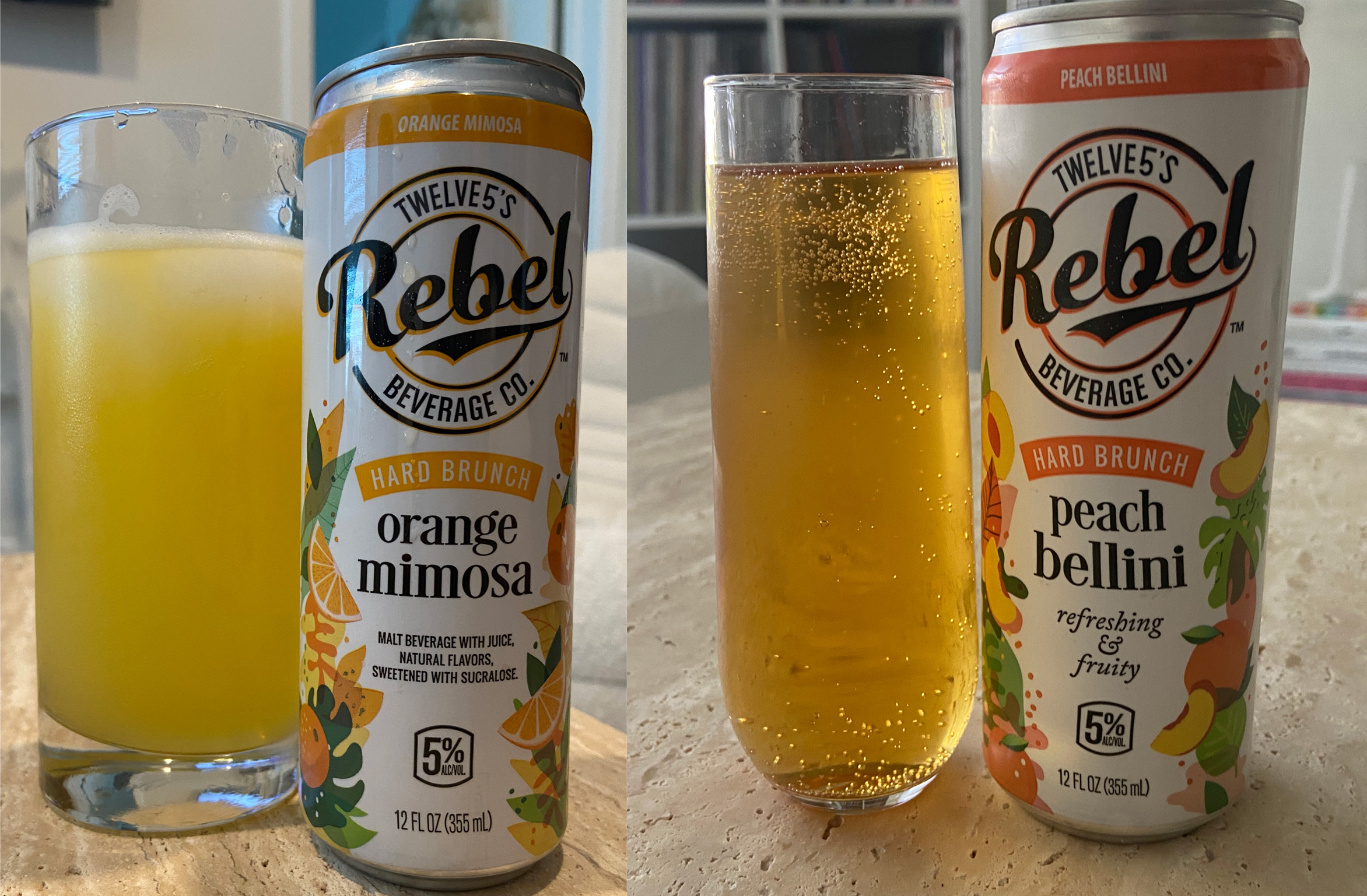 Strawberry Sangria is the best of the new Hard Brunch flavors. Sweet and light, it reminds me a bit of Sauza’s Strawberry Breeze flavor, which was my favorite of the Sauza Agave Cocktails range. The Peach Bellini is also quite good. It’s refreshing, and the peach tastes very authentic, which isn’t always the case with peach-flavored canned cocktails. The Orange Mimosa is fine but not my favorite of the group. It’s an inoffensive, standard mimosa. This is one flavor I think would benefit from a bump in ABV, but Rebel sticks with the 5% mark for its entire range. 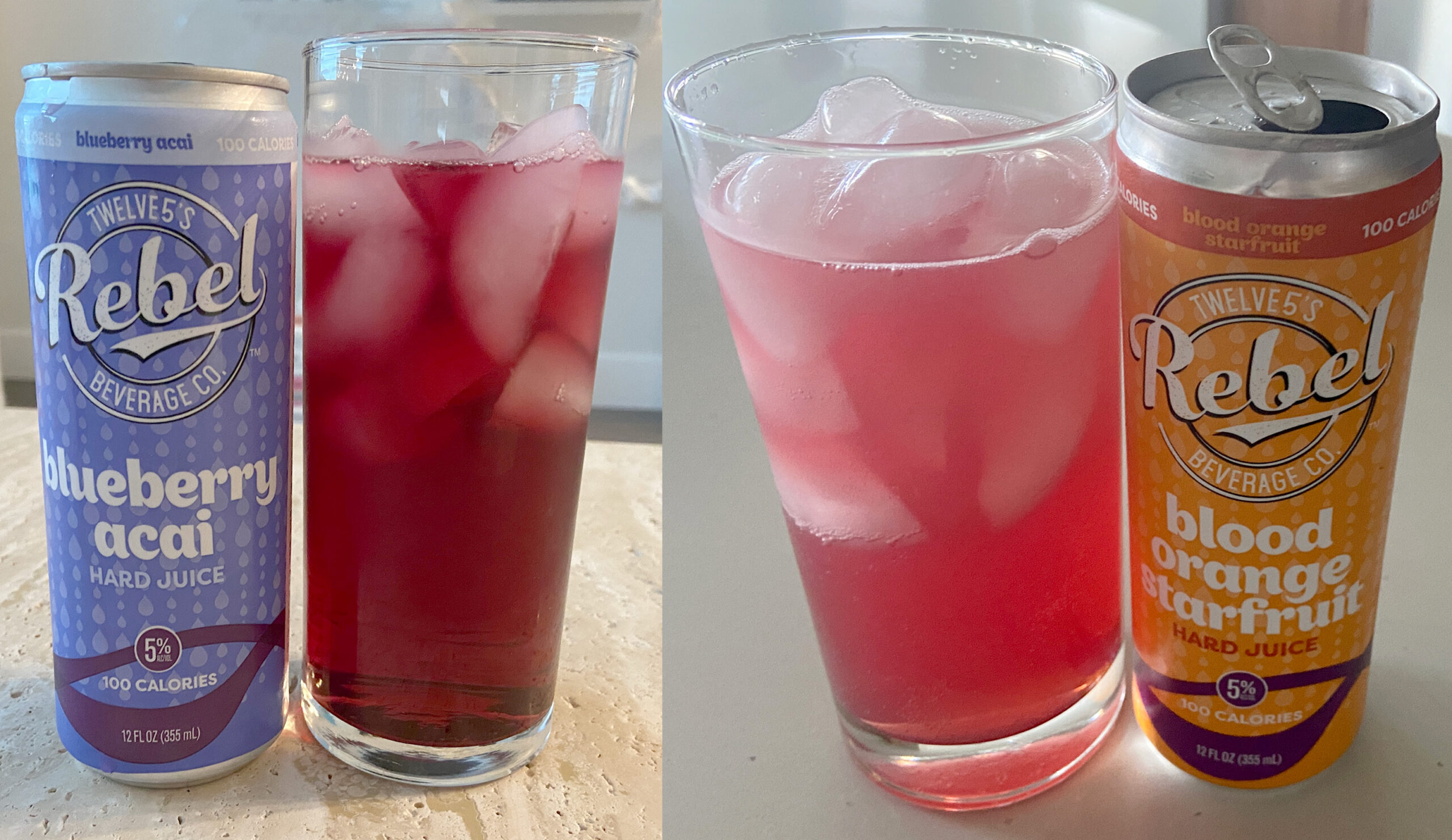 Moving on to the Hard Juices, Blueberry Acai is tasty. It pours a pretty, deep maroon color. On the palate, a ton of blueberry comes through, with some cotton-candy grape notes present. It’s great on first sip, but as it sits on the palate it develops a bit too much of a sugary-sweet quality, which lingers around on the finish.

Plum Yuzu brings notes of apple, ginger, honey, lemon, peach and pear. It may lean a little too far on the sweet side but is good. Yuzu isn’t a flavor added to many drinks, and it’s appreciated here. Pineapple Mango is also pretty sweet, but there’s a healthy amount of tart citrus flavors to help balance that sweetness out.

Finally, Blood Orange Starfruit is not my favorite of the group. Its flavor palate is solidly balanced initially but gives way to a rather cloying finish. This one pours a beautiful red-pink hue.

Overall, if you want to sip some sweet, juicy drinks, these are for you. If you’re looking for something on the higher-ABV side, these are not that.