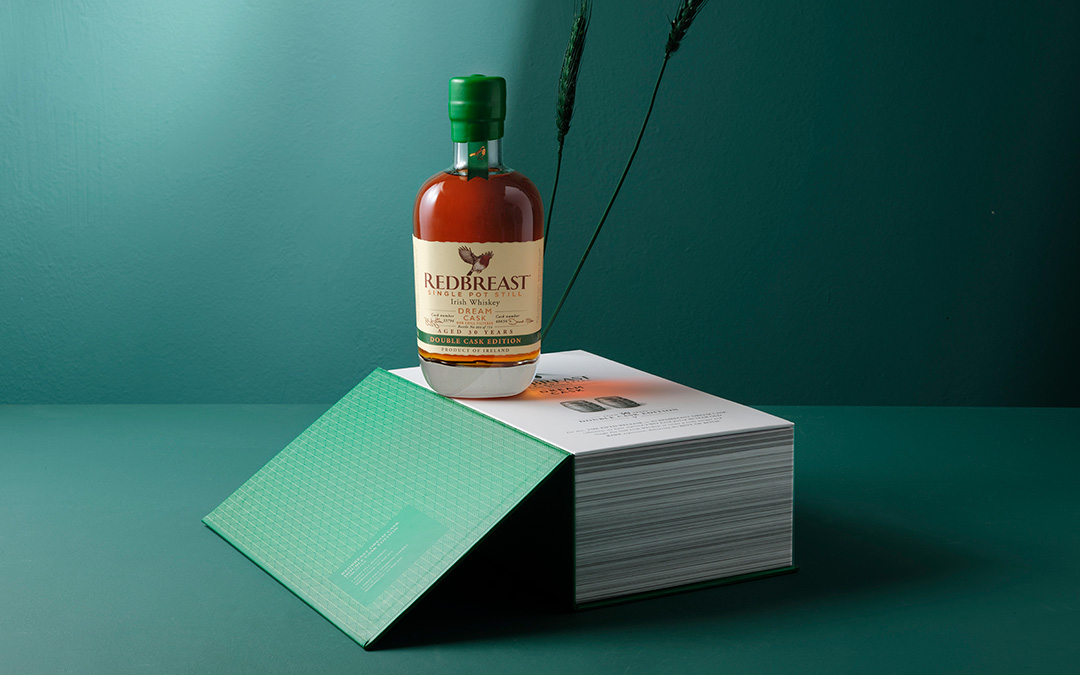 Redbreast made use of Sherry and bourbon casks in its latest Dream Cask release. (Photo: Redbreast)

The casks were chosen by master blender Billy Leighton and blender Dave McCabe.

“The Dream Cask collection has always been about sharing our most rare and special casks with Redbreast fans around the world, and we are thrilled to showcase two distinct casks with this release,” Leighton said, according to Decanter.com.

Redbreast will release 714 bottles of its Dream Cask Double Cask Edition, available exclusively via an online ballot from Monday through May 30 on Redbreast’s online members’ club, The Birdhouse, priced at €550 ($580) per 500-milliliter bottle.

“The traditional Redbreast style is so often associated with the influence of Sherry casks that we sometimes overlook the role Bourbon casks play in its composition,” McCabe said, explaining his cask selection.