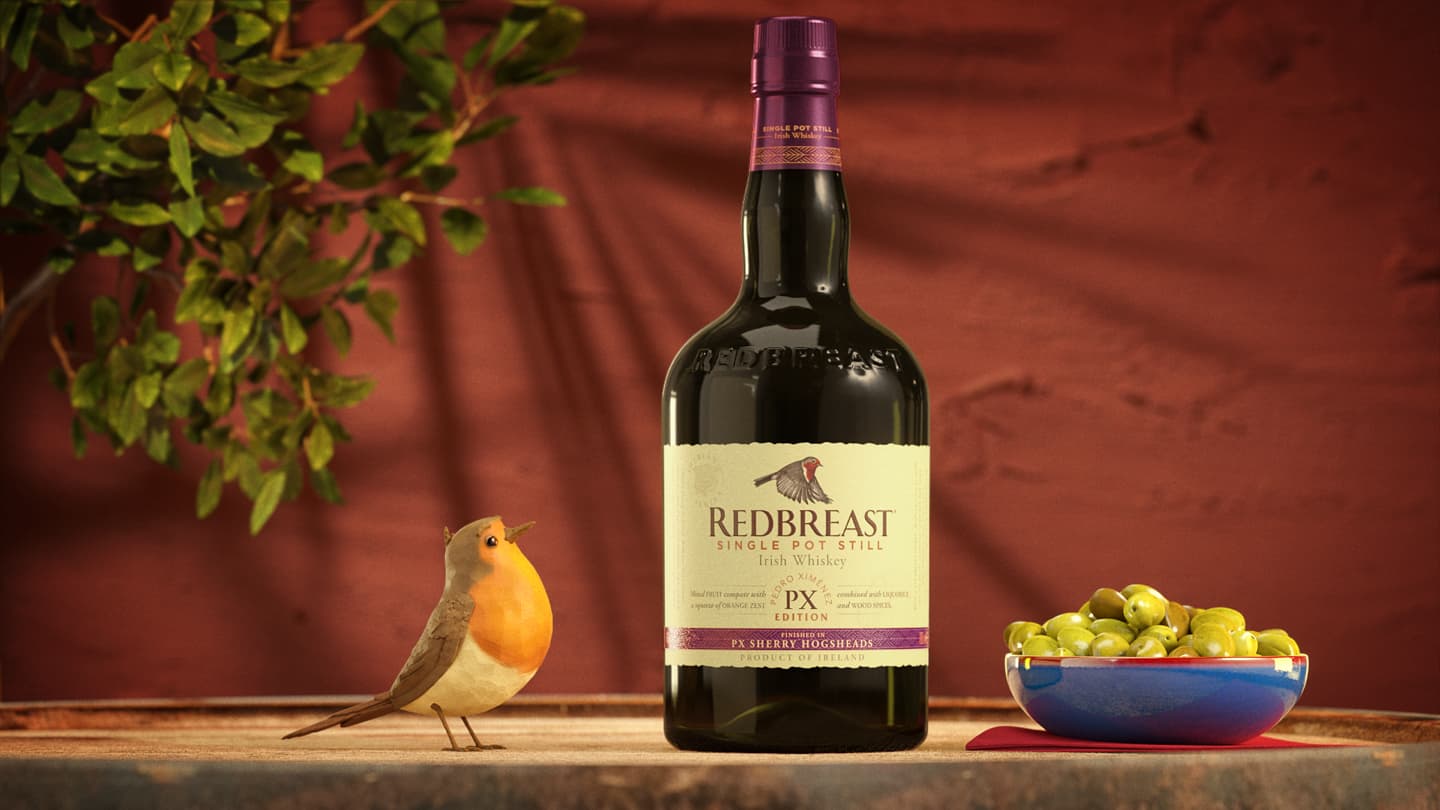 On Wednesday, Redbreast Irish Whiskey announced a new series of whiskeys called the Iberian Series. The series is intended to be a celebration of Redbreast’s connection to some of the Iberian Peninsula’s most celebrated cooperages and winemakers, according to a news release.

Redbreast announced an addition to this series Wednesday: Redbreast Pero Ximénez Edition — Redbreast PX, for short. The only single pot still whiskey in the series, Redbreast PX is triple distilled, matured in Bourbon and Oloroso Sherry casks and then re-casked in Pedro Ximénez Hogsheads from Spain. Redbreast PX is bottled at 92 proof and non-chill filtered.

Redbreast PX will become available at the end of September at select retailers in Ireland, Northern Ireland, the United Kingdom, Finland and Global Travel Retail. It will reach the U.S. in November at a recommended selling price of €80 (£72 & $86).

About the Iberian Series

The whiskeys in the series are finished in casks sourced from Spain and Portugal, the two countries in the Iberian Peninsula. The Spanish and Portuguese casks are meant to produce whiskeys that are “suffused with the natural warmth and sweetness of the Iberian peninsula,” the release said.

Redbreast Lustau, which launched in 2016, will be the anchor of the series Iberian Series and will be joined by limited releases “from time to time,” according to Redbreast’s website.