Redbreast Vs. Jameson: Which Irish Whiskey is Better? 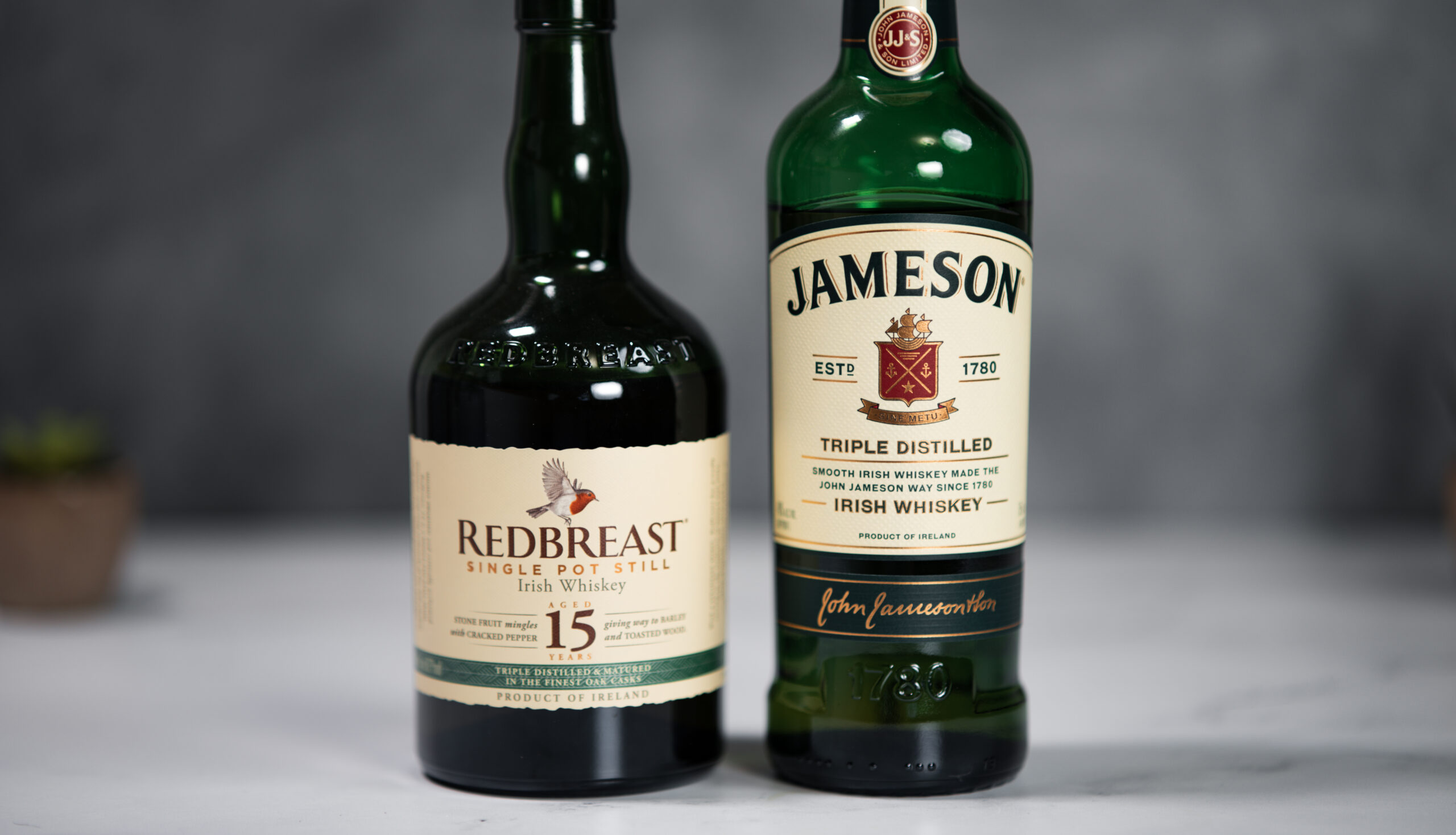 When it comes to Irish whiskey, two of the major names are Jameson and Redbreast. Both of these whiskeys are made in Ireland but are popular worldwide and have different flavor profiles and price points. If you’re looking for an entry-level Irish whiskey, chances are these are two of the options you’re considering.

Jameson Irish Whiskey has a long and storied history, dating back to the 18th century. The brand was founded by John Jameson, who established a distillery in Dublin in 1780. Jameson was known for its high-quality whiskey, quickly gaining popularity in Ireland and abroad.

In 1804, John’s son, John Jameson II, took over the distillery and began to rapidly expand production. By the mid-19th century, Jameson was one of the largest whiskey producers in the world. In 1966, the Jameson family sold the distillery to Irish Distillers, which remains the brand’s owner today.

Jameson continues to be one of the most popular Irish whiskeys on the market, known for its smooth taste and distinctive green bottle.

In August 1912,  Irish spirits merchant Gilbey’s, Redbreast’s original bottler, first advertised the brand name “Redbreast” for J.J. Liqueur Whiskey 12 Years Old, which Gilbey’s described as one of its “famous” brands. The fact that Redbreast was already a well-known brand implies that it may have been a nickname for Gilbey’s Castle “JJ Liqueur” Whiskey 12 Years Old.

“Redbreast” is named after the Redbreasted Robin, a bird that was admired by Gilbey’s Chairman. The brand’s most well-known expression, Redbreast Irish Whiskey, is produced by Irish Distillers at the New Midleton Distillery in County Cork, Ireland.

Jameson Irish Whiskey is the best-selling Irish whiskey in the world. It is a blended whiskey, made from grain and pot still whiskeys. Jameson has a light, sweet flavor with notes of vanilla and spice. It is smooth and easy to drink, making it a good choice for beginners. Jameson is also one of the most affordable Irish whiskeys on the market. 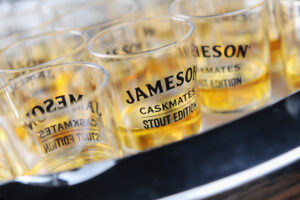 ]A view of a Jameson’s shot glasses during Jameson’s Love Thy Neighborhood Brewery Fest in support of New York Restoration Project at Duggal Greenhouse on Oct. 14, 2017, in the Brooklyn borough of New York City, New York. (Photo by Craig Barritt/Getty Images for Jameson Irish Whiskey)

Redbreast Irish Whiskey is a single pot still whiskey, which means that it is made from a mash of malted and unmalted barley in pot stills. It is also more expensive than Jameson, but many believe it is worth the extra cost.

So, which whiskey is the best? Jameson or Redbreast? The answer depends on what you are looking for. Jameson is a good choice if you want a light, easy-to-drink whiskey at a low price. It’s especially well suited for shots at a bar. Redbreast is the better option if you are willing to pay more for a richer flavor. No matter which whiskey you choose, you can’t go wrong with either of these two Irish classics.