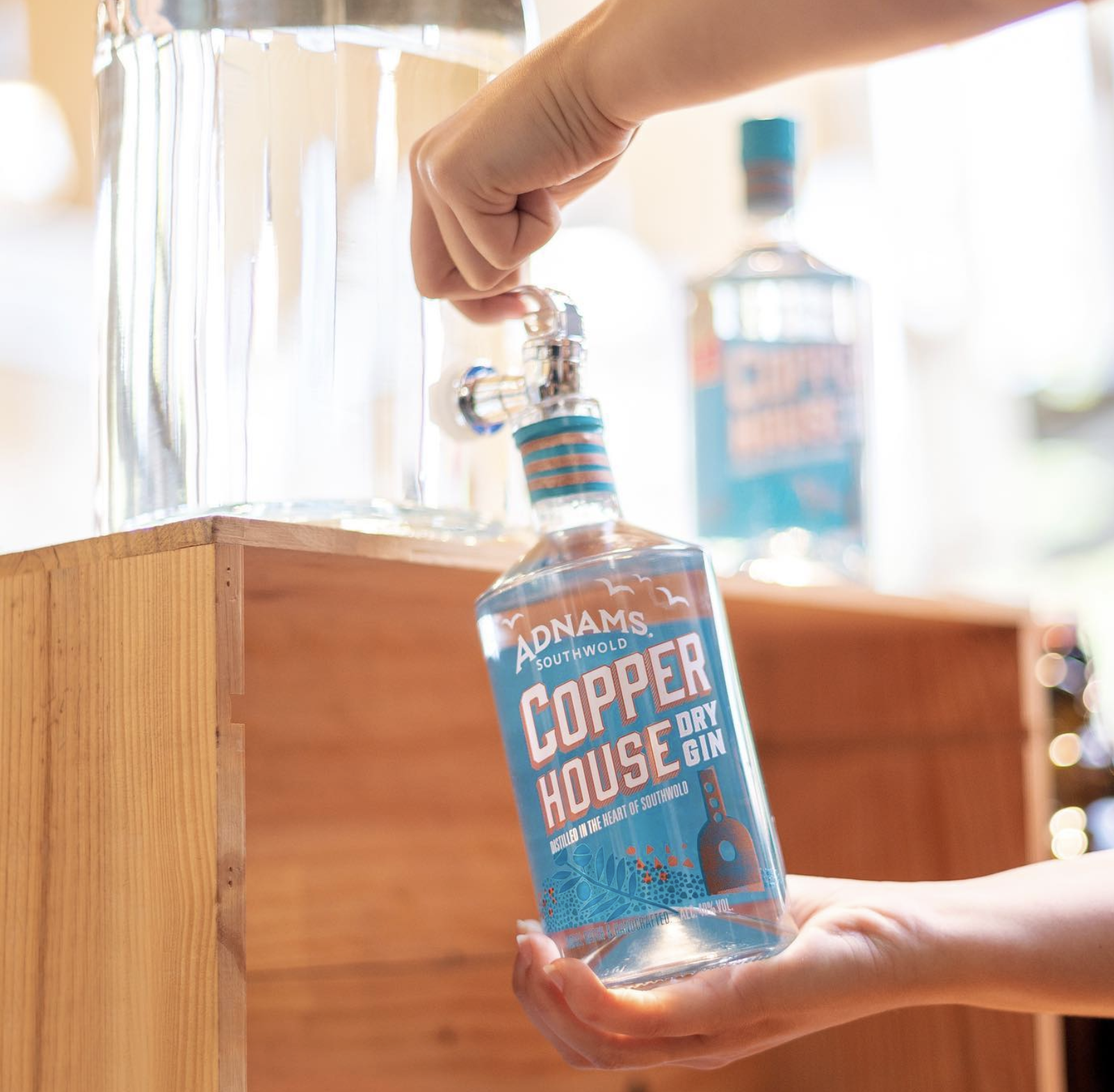 Stores are adding refill stations for beer, wine and spirits, which allow consumers to enhance their purchasing choices while being environmentally friendly. (Photo: Adnams)

The implementation of alcohol fill stations in stores is a brilliant idea, and fortunately, these stations are becoming more common. UK Brewer, distiller, and wine merchant Adnams is putting refill stations for beer, wine and gin in four of its locations (Southwold, Norwich (Unthank Road), Bury St Edmunds and Woodbridge). Customers can purchase Adnams-branded refill bottles or beer growlers and replenish them across those four stores.

“Launching a refill option in our stores has been so exciting for us,” said Alex Hemen, head of retail at Adnams, per the Lowestoft Journal. “It will enable our customers to enjoy our award-winning beers, wines, and spirits in a new, sustainable format, and enhances their purchasing choices.”

Sustainability is a major perk of refill stations; every time a customer reuses a bottle, that’s one less extra bottle they’d be buying as they threw away (or hopefully recycled) the previous one.

“We are absolutely loving being part of the refill movement and it’s great to see so many of our customers getting on board,” said Angharad Elliman, sales activity manager at Adnams, according to the Lowestoft Journal.

Meanwhile, British grocery chain Asda recently became the first UK supermarket to launch a draught beer system that allows customers to fill one- or two-liter glass containers with beer from a tap. The containers can either be kept and used, brought back to the store to refill or returned, according to a news release. If a customer chooses to return the container, they will have a deposit refunded.

Asda has partnered with specialist retailer Craft on Draft to implement the draught system.