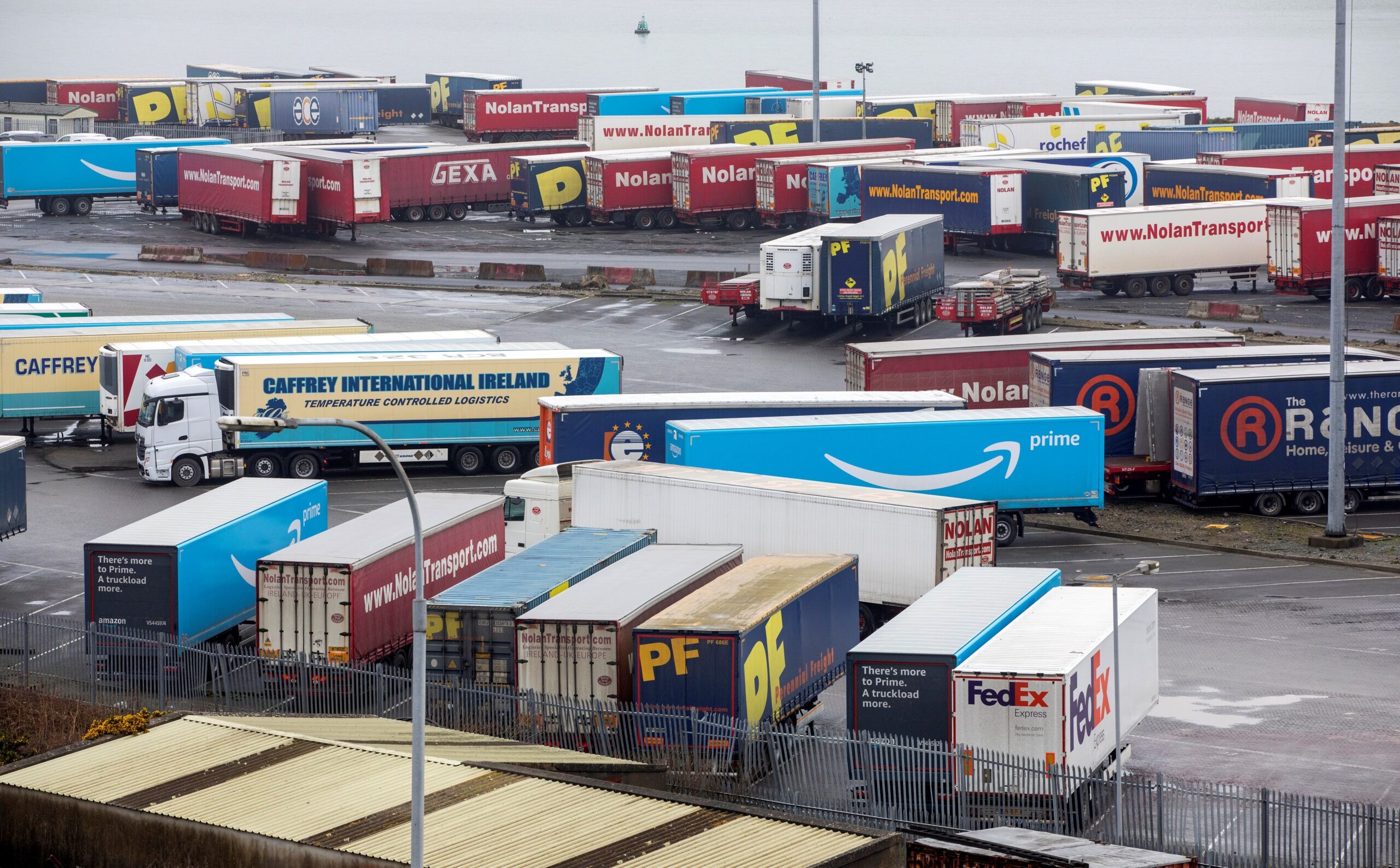 Freight and HGV trucks are pictured on the quayside at the port of Rosslare Harbour in Rosslare, southeast Ireland on Jan. 27. The Wine and Spirit Trade Association is asking the UK Government for assistance as supply chain delays slow deliveries and raise costs. (Photo by PAUL FAITH/AFP via Getty Images)

The Wine and Spirit Trade Association and 49 of its members, including Pernod Ricard and Campari Group, wrote a letter to the United Kingdom’s transport secretary, Grant Shapps, asking for the government to take action regarding “rising costs and supply chain chaos,” which have delayed wine and spirits deliveries in the UK, according to a news release.

In the news release, the group cited reports from some of its members who claim that imports are taking up to five times longer than they were a year ago. Businesses that previously had been fulfilling orders in two or three days now find themselves waiting up to 15 days for orders to process, according to the news release. Freight costs also have increased by 7% or more as the number of truck drivers in the UK has declined due to COVID-19-related driving-test cancellations and Brexit, which has caused an exodus of foreign workers as new laws made it more difficult for them to drive in the country.

As a result, the WSTA is calling on the UK government to do three things:

1. Extend the temporary visa scheme for heavy goods vehicle drivers from Feb. 28 to a minimum of one year, “to ease the burden on industry and allow for a sufficient increase in domestic drivers”

“There is mounting concern amongst our membership that unless urgent action is taken, we will fall deeper into delivery chaos,” WSTA CEO Miles Beale said in the release.

Supply-chain issues in the alcohol industry are not unique to the UK. Some Spanish cities are facing significant shortages of notable alcohol brands, while the U.S. is facing supply-chain issues of its own, in part due to a glass shortage.