Robot Bartenders on the Rise; Will Humans be Phased out?
Article

Technology Takeover: With Robot Bartenders on the Rise, Will Humans be Phased out? 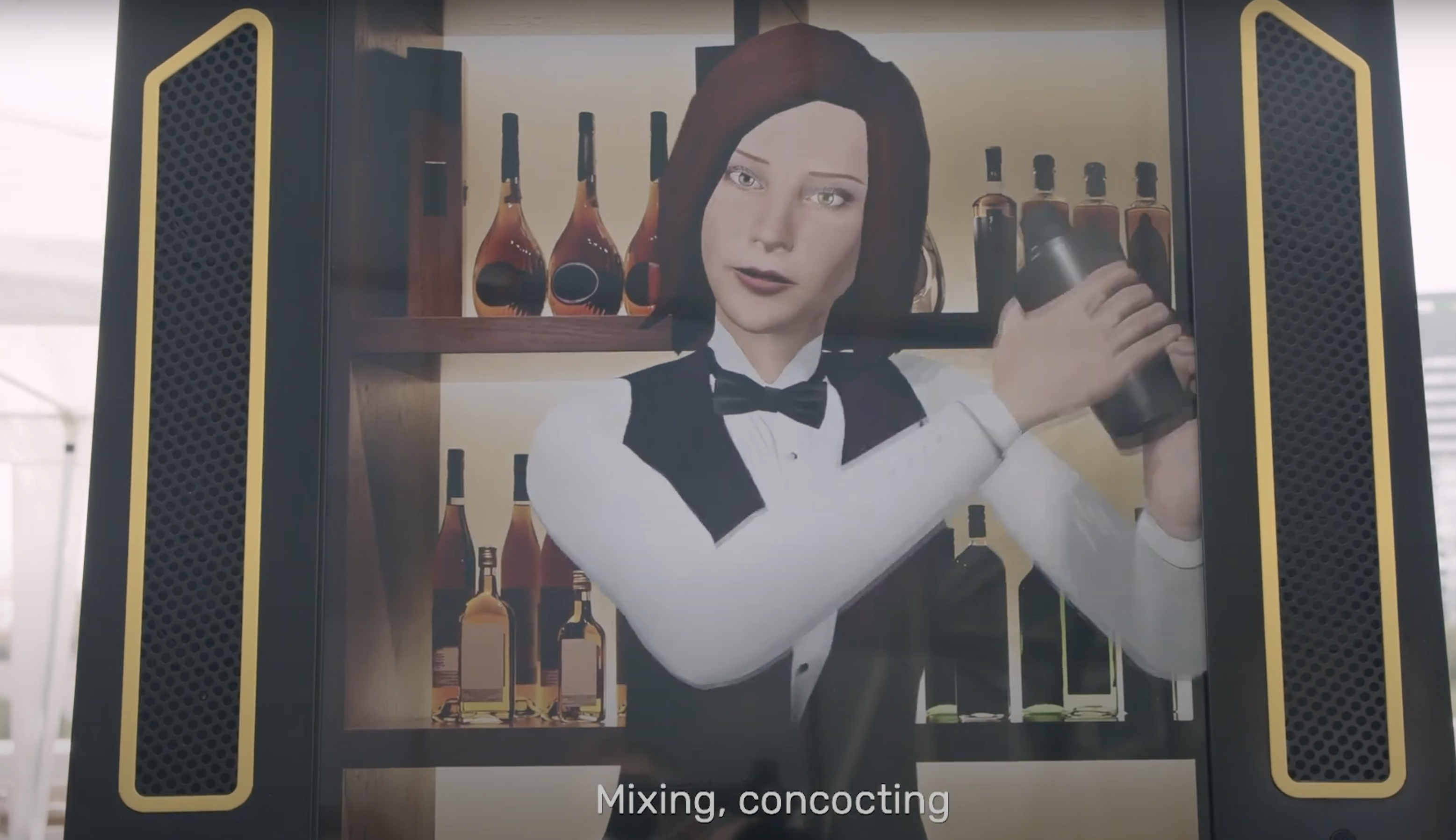 Cecilia.ai, one of the rising robot bartenders, is shown making a drink. (Photo: GKI Group)

The future has arrived in the form of robot bartenders that can take orders from customers via artificial intelligence and then make and serve drinks.

One such bartender is Cecilia, an animated female barmaid that appears on the screen of its machine. Patrons can tell Cecilia what they want or order it on a touch screen and then pay for their drinks by with a card or phone. The cocktail is then mixed and made within the machine and dispensed into a glass.

“Cecilia works on voice recognition and AI technology,” said Elad Kobi, chief executive of the Israeli firm behind the technology, Cecilia.AI, according to BBC. “She can chat to customers, and when they choose a specific cocktail, she can make it, live.”

According to BBC, each unit can be filled with 70 liters of different types of spirit and serve up to 120 cocktails per hour.

The firm first released the robot on Feb. 24, which is World Bartender Day. Since then, its clients have included Microsoft and Cisco.

Kobi believes that bars will be eager to acquire the technology as a way to stand out from their competitors and impress customers.

“Companies realise they need to do different things than others to attract people there,” he said. “Technology and innovation can do that.”

Alan Adojaan, the CEO of Yanu, an Estonian company that recently unveiled a rival bartending robot, told BBC that the technology will cut down on costs for businesses that implement it, not only cutting out bartender wages but also eliminating waste, as the drink measurements will be exact. Plus, the robot bartenders can serve more drinks faster than their human counterparts, which should increase profits. Robots also don’t need breaks and can work 24 hours.

“We are aiming for places that have a huge turnover of clients, such as sports events, festivals or nightclubs,” Adojaan said. “The machine is very fast – it can work as fast as three and a half bartenders and make 100 drinks an hour. It can hold up to 1,200 drinks.”

What About the Humans?

A looming fear about the implementation of AI and increased technology into the American workforce is the effect it will have on the people who hold jobs that suddenly are being replaced by robots that humans can’t compete with. Eliminating jobs is antithetical to a capitalist society, but it will be unavoidable as technology continues to progress. to help those whose jobs will be eliminated, Italian robot bartender maker Makr Shakr in 2019 launched an initiative in the U.S. that gives a barman or woman $1,000 (which goes toward helping them retrain so they can find alternate work in the hospitality sector) each time a robot bartender is sold.

Mark Shakr sells two models of robots — Toni and Bruno — which have been installed on nine Royal Caribbean cruise ships.

Adojaan is unbothered by the concern about losing human interaction between patrons and bartenders.

“First, having a discussion with a bartender is a cliché from the movies, at least here in Europe,” he says. “And in a nightclub, you don’t have a discussion. You shout at the bartender to get your drink faster.”

Adojaan also pointed out that bartenders’ jobs aren’t always glamorous, as they have to deal with “obnoxious, drunk people.” Adojaan said he predicts that bartending jobs will be phased out altogether and replaced by robots, which he says will happen “with other jobs that aren’t enjoyable, or artistic, on a daily basis.”

He said, though, that his company is working on technology to appease the customers who do still enjoy conversing with their bartenders.

“We’re trying to develop something… that can hold a conversation, or crack a joke, ask if you liked your drink, or suggest another one, he says. “The most interesting part of the project is the effort to make it [appear] alive, or have character.”