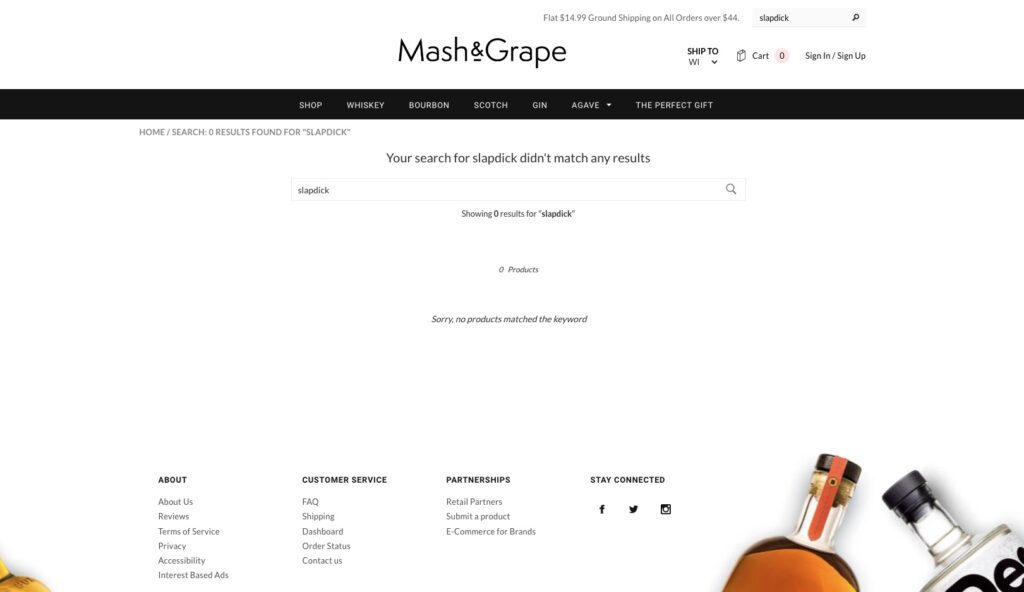 On Friday, August 2nd, WhiskeyRaiders broke the report detailing alleged sexist comments made against female industry member @alildabofbourbon. Her role as a spirits buyer brought her directly into contact with a new whiskey product arriving on shelves in Kansas: Slapdick whiskey.

Produced by combining sourced bourbon and agave syrup, this “Agave Whiskey’ raised some eyebrows in the community. When the whiskey was mentioned on Instagram, Coach Jason Brown chose to use what many considered to be crude and sexist language to display his lack of approval of the attention.

Many community members noted that the opportunity would have been a valuable – and free – opportunity for marketing exposure. But, the comments made by Coach JB left a foul taste in the mouth of many, who joined forces to call attention, and condemnation, to his words. As of this time, over 100 instagram accounts have made posts or re-shared others in support of women in the whiskey community, and @alildabofbourbon.

As a result, the Kansas Distributor, Standard Beverage Corporation, responsible for supplying retailers with the product has elected to no longer distribute Slapdick whiskey. The American three tier system is responsible for the pipeline that takes spirits from producer all the way to sale to consumers. A distributor choosing to drop a brand means that retailers can still sell their remaining product, but are likely unavailable to buy more. An Instagram post from Jason claims the action of their ex-distributor is without cause.  To brands with only a single distributor (not necessarily the case with Slapdick, WhiskeyRaiders is investigating), being dropped can effectively serve as a death sentence for future sales. New distributors are notoriously risk adverse, and may be unwilling to pick up a controversial product.

That said, Slapdick’s troubles don’t appear to end there. Popular online retailer Mash & Grape has also appeared to have dropped Slapdick – the previously accessible product page now no longer returns search results. A video posted to Instagram by Coach JB also confirms this development. A nearly two and a half minute long profanity laced rant from the coach himself blames his troubles on jealousy by haters of the products success, rather than any actions by himself personally. A post by Gomers – a  popular retail chain in Kansas – professes support for their staff and women in industry, but does not directly speak to carrying the brand further, or not.

Jason Brown has threatened legal action against a number of accounts on grounds of defamation. We’ll continue to report as events continue to unfold.