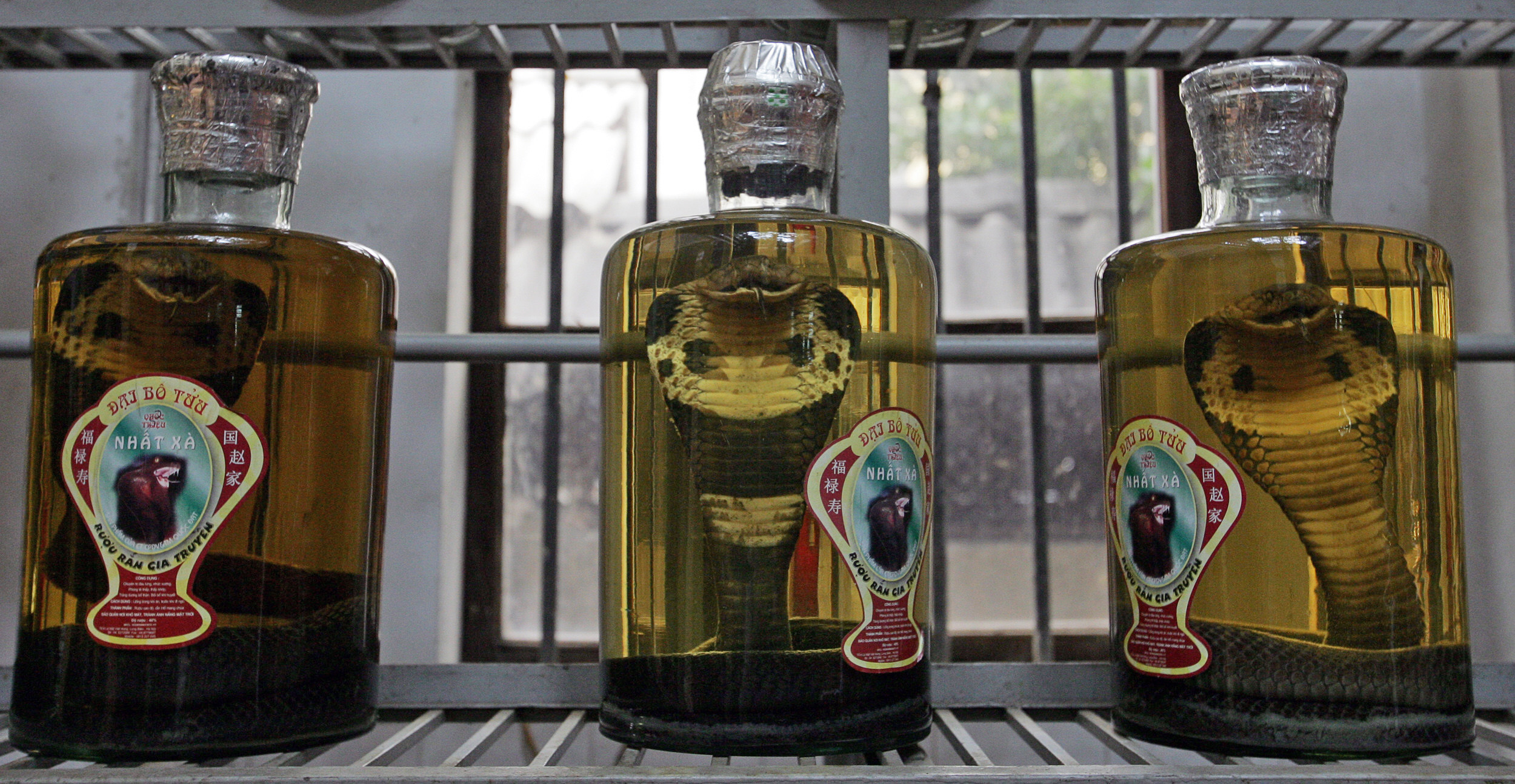 After opening bottles of snake wine, a man in China was surprised to find a living, venomous snake, which bit him.

The man hurried to a hospital for treatment and survived.

The man had purchased three bottles of medicinal wine with snakes soaking in them as a remedy for his ill son. He waited a year after purchasing the bottles to open them. Unexpectedly, the snakes had reportedly “come back to life,” according to the China Times. Apparently, when snakes encounter harsh environments, they often enter a dormant state and can survive for several years. Additionally, jars of the wine cannot be completely sealed, so a small amount of air enters.

In 2013, a woman in China was bitten after opening a bottle of snake wine to pour in more wine. The snake within, which had been in the bottle for three months, leaped out and bit her. Other bite incidents stemming from snake wine occurred in China in 2009 and 2001.

Snakes are often used in medicinal wine because they are believed to possess medicinal qualities. Snake wine is often advertised to cure a large variety of medical issues, from vision issues to hair loss to erectile dysfunction.