‘A Turbulent Time’: This Country Braces Itself for 5th COVID-Related Booze Ban 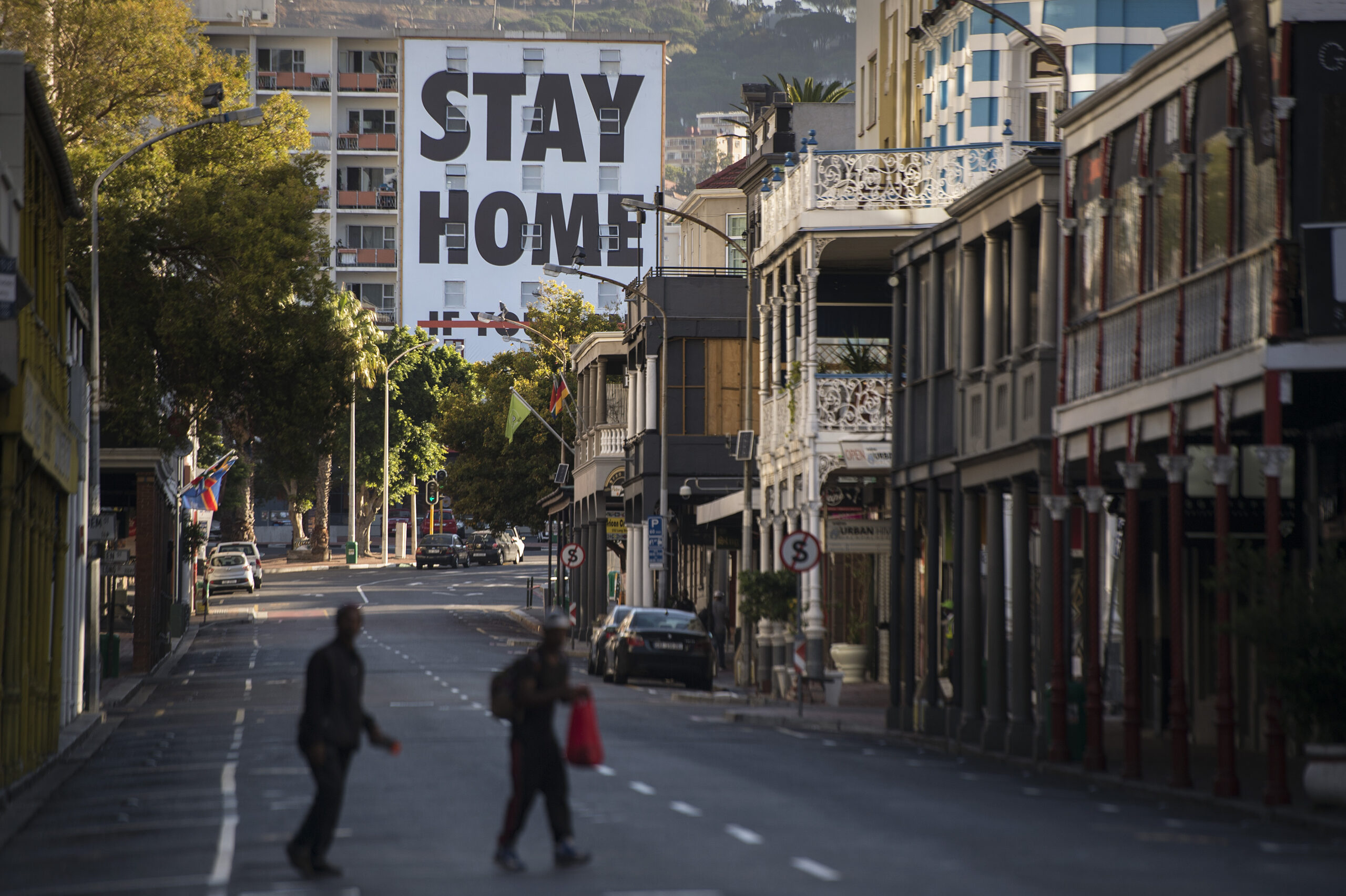 Two men walk across Long Street, usually one of the busiest and most popular entertainment areas with bars, clubs and restaurants in the city, with a billboard reading “Stay Home,” on April 3, 2020, in Cape Town, South Africa. (Photo by RODGER BOSCH/AFP via Getty Images)

Five months after its previous booze ban was lifted, South Africa is facing a potential fifth alcohol embargo in the wake of spiking COVID-19 numbers. Each of the previous four bans on the sale of domestic alcohol has proved devastating to the country’s wine industry.

Rumors of an upcoming ban are widespread as the country’s COVID-19 rates increase, according to The Drinks Business.

According to Vinpro, South Africa’s industry oversight body, the bans have collectively put more than 21,000 wine jobs at risk and have cost the government more than 5 billion rand ($340 million) in tax revenue, said The Drinks Business, which added that it is thought that at least 75,000 tourism and hospitality jobs were lost in 2020 in the Western Cape due to travel bans and lockdowns.

During the fourth ban, a curfew was enforced from 9 p.m. to 4 a.m., and restaurants were allowed to remain open at half capacity.

“The past 18 months have been a turbulent time for our producers but we’ve seen so much support and enthusiasm for our wines at the same time,” said Siobhan Thompson, CEO of Wines of South Africa, according to The Drinks Business.

According to AllAfrica, fears of a booze ban have led to increased crime, as armed syndicates have targeted liquor stores and delivery trucks for robberies, attempting to acquire all the alcohol they can to resell on secondary, illicit markets.