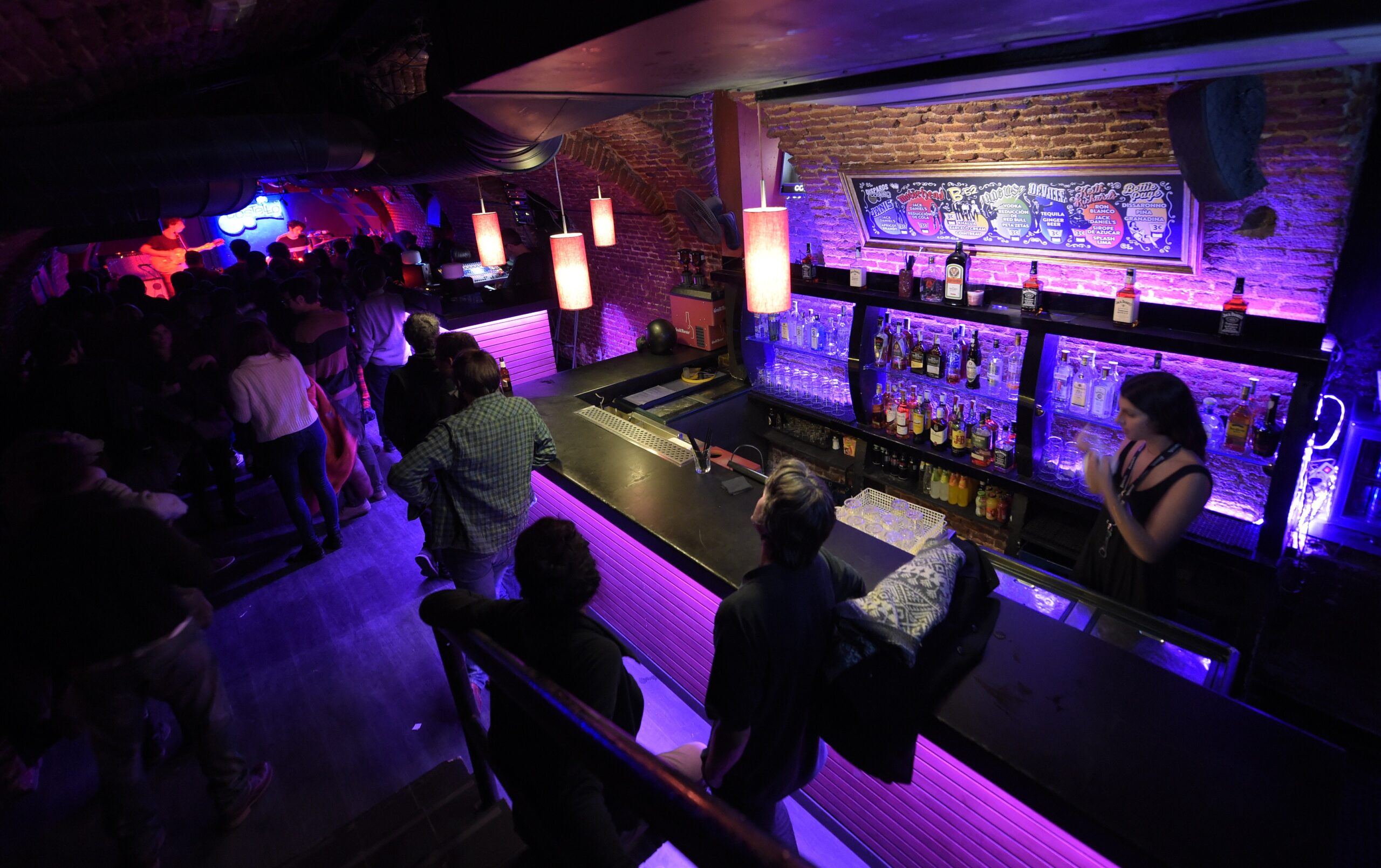 People listen to a concert at the Costello Club in Madrid, Spain, on Dec. 5, 2014. Spain is suffering from shortages of some popular alcohol brands. (GERARD JULIEN/AFP via Getty Images)

Bars and restaurants in some of Spain’s biggest cities are finding it difficult to stock major spirits brands such as Beefeater gin, Absolut vodka and Patrón Tequila.

Raul Garcia, the manager of Cafe Comercial, one of Madrid’s oldest cafes, told Agence France-Presse that it has been hard to get deliveries, and certain brands of gin, tequila and whisky are “impossible to find.”

“The lack of stock affects well-known international brands we never would have thought would one day be unavailable,” Garcia said.

Last month, COVID-19 restrictions on social life were fully lifted in Spain, and bars and nightclubs have struggled to stay stocked since.

The shortages are being caused by a global shipping crisis, which Spain’s association of spirits makers, Espirituosos Espana, said is caused by an increase in demand by China and the U.S., according to AFP.

“It is not a problem of the availability of products, it is a problem of delivery,” a spokesman for France’s Pernod Ricard, the world’s number-two spirits maker, told AFP.

Spain has been hit especially hard due to the way the country consumes alcohol: outside of the home. Bars and restaurants account for almost half of all alcohol sales in Spain, compared to just one-fifth in France, according to AFP. Spain has the most bars and restaurants per capita of any country in the world.

During the COVID-19-related shutdowns and restrictions on social life, bars reduced their orders and liquidated their stocks of alcohol. It will take time to replenish them now that business has picked up, Daniel Mettyear, analyst at London-based alcohol industry consultancy IWSR, told AFP.

Roberto Ucelay, manager of the Los Olivos Beach Resort in Costa Adeje, Spain, told AFP that he has been told it will take six months to receive some brands of champagne.

Spain isn’t suffering a shortage of any categories of alcohol, it’s just struggling to maintain stock of certain popular brands. Consumers have alternatives to go to, but missing out on massive brands like Absolut and Patrón is still a tough blow.

Supply-chain-related delays have troubled the spirits world beyond Spain. In the United Kingdom, shipping delays are being caused in part by a dearth of truck drivers. Meanwhile, U.S. distilleries are dealing with a glass shortage.