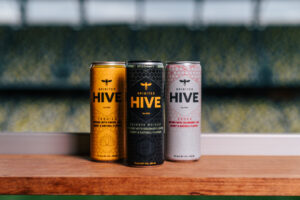 Another line of RTD cocktails has made its way into the professional sports world with its new partnership with the Major League Soccer’s Nashville Soccer Club.

As of May 1 at GEODIS Park, the club’s new home and the largest soccer-specific stadium in the U.S. and Canada, Spirited Hive will be available at two standalone bars and throughout the stadium via various bar carts.

Spirited Hive was born during the pandemic when founder, Jack Espy, found himself making cocktails for friends, his “hive.” Afterward, he always found himself left with a mess, which is what inspired him to can his cocktails.

“I switched career paths from what was going to be a more corporate lifestyle to something that I was passionate about,” Espy said in a news release. “Quarantine really switched up my life and set me on a new course. I went from working in real estate finance to creating my own cocktail company; talk about a 180!”

“I am beyond excited to be the exclusive ready-to-drink cocktail of Nashville SC,” Espy said. “I know that our partnership with Nashville SC is going to be unmatched. Just like soccer is about teamwork, camaraderie, and bringing friends together, Spirited Hive is a drink that brings the whole hive together, making it even sweeter with a little bit of honey.”

Spirited Hive is not the first honey-centric RTD. Its predecessor, Siponey, uses honey in its rye canned cocktails and is a member of 1% For the Planet.