Starward Partners with MICHELIN Guide, Establishing Itself as the Official Food-Lover’s Whisky 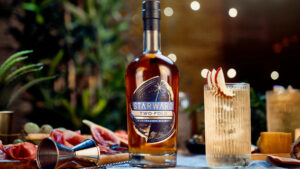 Starward, a pioneer of Australian craft whisky, said Tuesday in a news release that it will become the official whisky partner of the globally renowned MICHELIN Guide, a significant step for the company.

MICHELIN is considered the leading authority in the culinary arts and will roll out a 12-month US partnership with Starward that complements the craft whiskey company’s simple brand ethos of being a delicious and versatile whisky, crafted to pair well with food.

Starward Founder David Vitale is a self-titled “foodie” and said that food is an intrinsic part of crafting whiskey. While Australian whiskey isn’t hugely on the map yet, Vitale has had his sights set to change that in creating whisky intentionally to pair with food.

“I grew up in an Italian family in the center of Melbourne, and food was always at the heart of everything I did,” Vitale said. “We’ve crafted our whiskies to be the most food-friendly whisky you’ll ever taste. We’re also fierce supporters of and take inspiration from Australia’s eclectic food and drinks industry, so to partner with a leading organization such as MICHELIN, who are equally as enthusiastic, and catalysts of culinary innovation, made a great deal of sense to us. We look forward to the adventures this collaboration will bring.”

This huge milestone for the Melbourne-based craft distillery will only solidify the brand as “the food lover’s whiskey.”