Suntory Whisky is Infused Into These Japanese Chocolates
Article

You May Not Be Able to Find These Rare Japanese Whiskies on Shelves Anymore, But They’re Appearing in New Chocolates 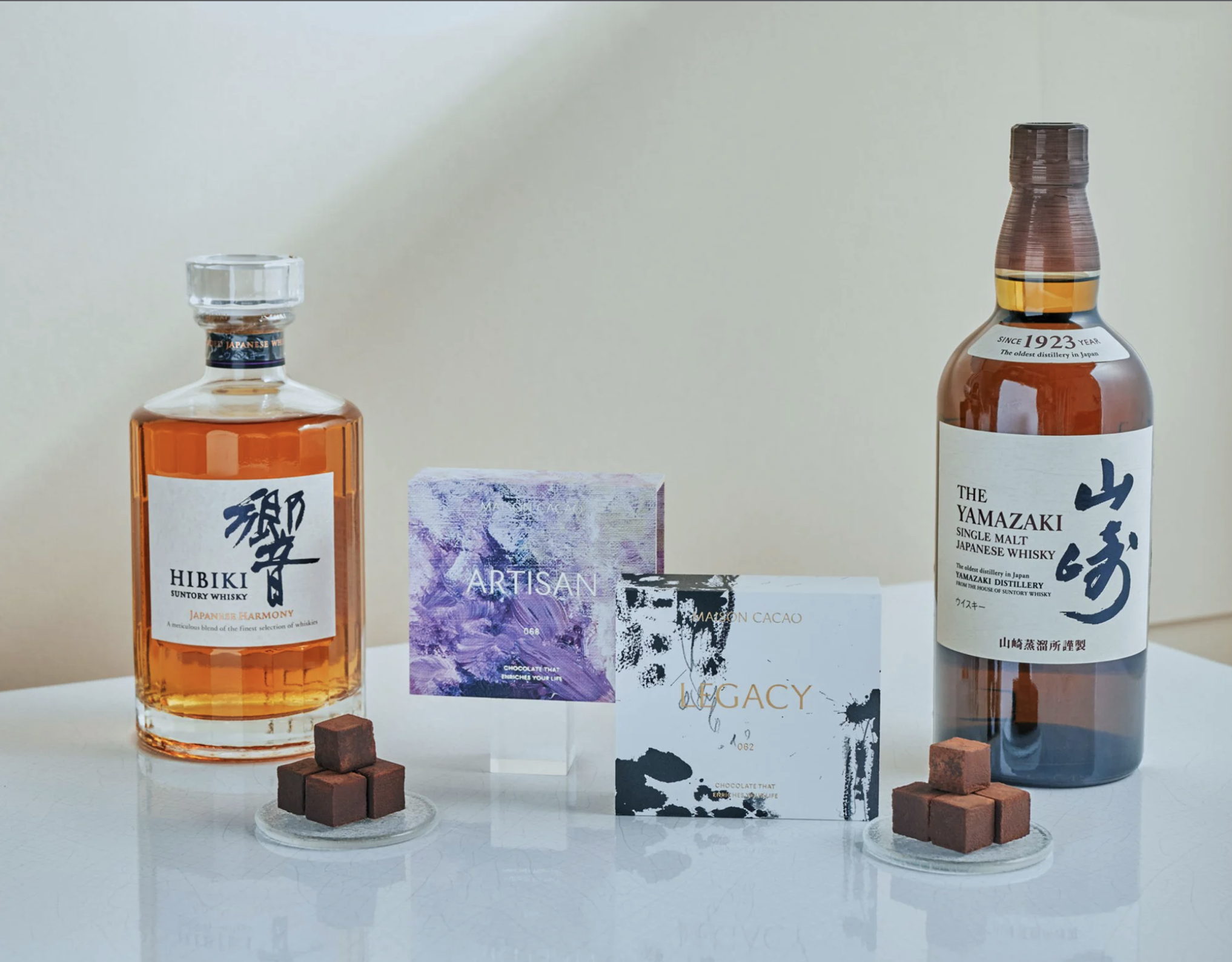 Japanese chocolatier Maison Cacao has partnered with whisky-maker Suntory to launch a pair of new chocolates with whisky flavors.

Maison Cacao specializes in what it calls “aroma chocolate,” adding strong fragrances to its chocolates since smell is such a crucial part of taste. The latest whiskies feature aromas from Suntory’s Yamazaki and Hibiki whiskies.

The first chocolate is Maison Legacy, which starts with a dark chocolate base that Maison Cacao describes as having “a gently tart and spicy astringency with a deep, roasted nut aroma,” per Sora News 24. Maison Legacy includes single-malt Yamazaki. According to Sora News 24, Yamazaki’s “subtle sour notes” creep subtly on the palate, but as the chocolate melts in your mouth the whisky’s flavor grows more prominent.

The Maison Artisan, on the other hand, starts with a milk chocolate base, which is fused with Hibiki Japanese Harmony. According to Sora News 24, “The smoother sweetness of the milk chocolate lets the Hibiki make its flavor and unique floral scent known the second you pop the chocolate in your mouth.”

Yamazaki and Hibiki whiskies are unbelievably rare and expensive; a $5,800 bottle of Hibiki gifted to Mike Pompeo, former U.S. Secretary of State, grew national attention when it went missing, and an investigation by the State Department came back empty.

Yamazaki, meanwhile, lays claim to the world’s oldest Japanese whisky, Yamazaki 55 Year. A bottle of Yamazaki 55 Year sold for more than $556,000 at an airport this month, and another bottle of the same stuff was auctioned off for about $770,000 in October. Yamazaki 55 is so rare that tickets for mere tastings of the whisky alongside dinners have sold for between $5,000 and $25,000.

So, while $30 seems a little pricy for chocolate, perhaps it’s actually a great bargain when you factor in that you’ll get a serious whiff of Yamazaki and Hibiki whisky flavors.