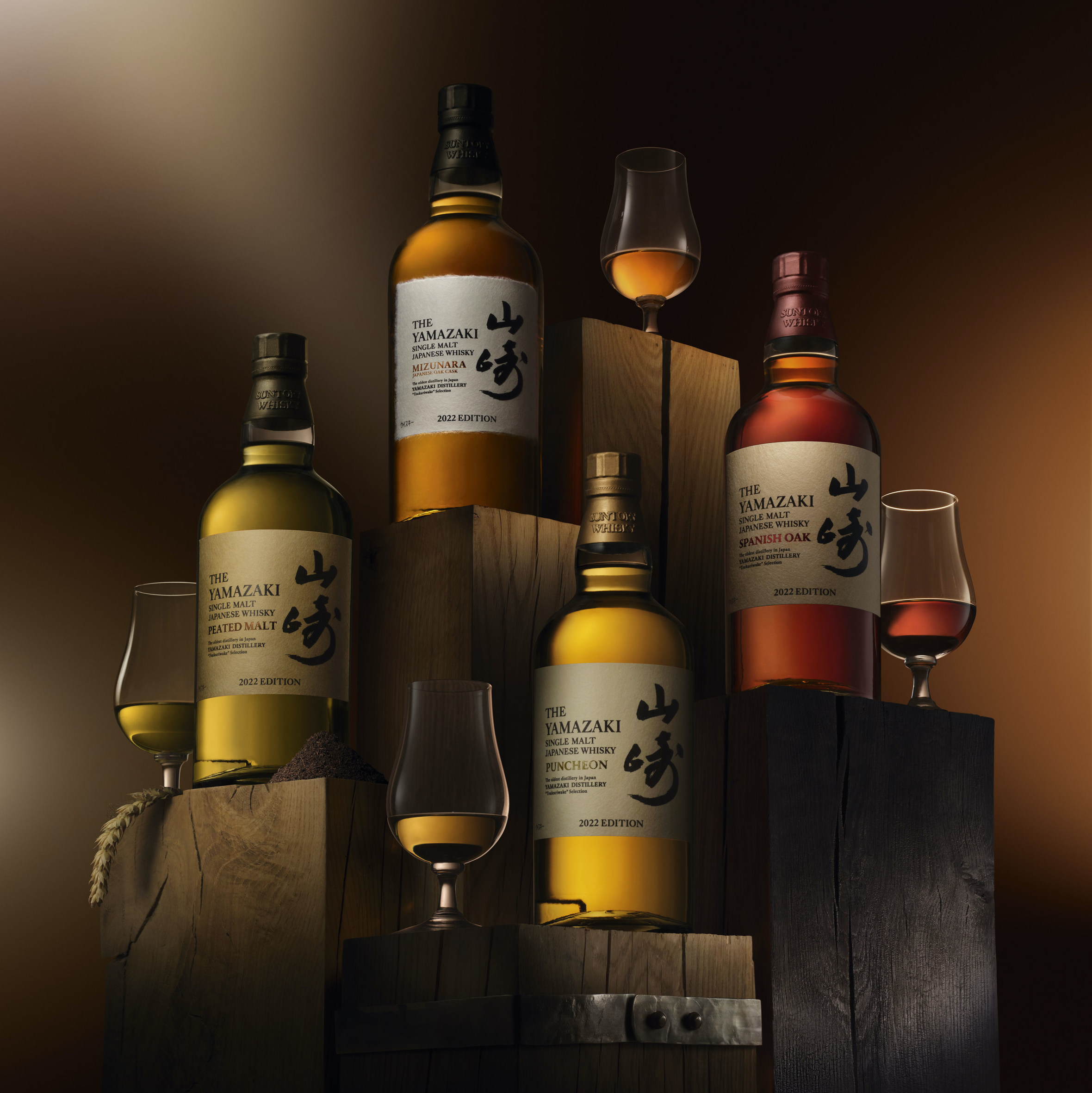 Japan’s House of Suntory on Tuesday announced the launch of the 2022 Yamazaki Limited Edition Tsukuriwake Selection. The group claims the release is intended to honor the Tsukuriwake method of whisky-making, which means “artisanship through a diversity of making.”

“What excited me most about this launch is that just one year before the 100th anniversary of Suntory Whisky, we can finally share the full story behind our Tsukuriwake way of whisky making, which was born from the Founding House of Japanese Whisky,” Suntory’s fifth-generation chief blender Shinji Fukuyo said in a news release. “The 2022 Yamazaki Limited Edition Tsukuriwake Selection honors the fact that greatness comes from diversity. And in doing so, we unveil what truly makes Yamazaki Single Malt Whisky the authority of Japanese Whisky.”

The 2022 Yamazaki Limited Edition Tsukuriwake Selection, initially released in Japan in 2020, will be available in the next month in select global markets including the United States, the United Kingdom, Germany, France, Austria, Spain, Singapore, Taiwan, China, South Korea, Thailand and Australia. Each expression is bottled at 48% ABV and has a suggested retail price of $450, with the exception of the Mizunara bottling, which carries a suggested retail price of $620.

The Yamazaki Puncheon Single Malt Whisky is composed of malts aged exclusively in puncheons crafted by Suntory artisans from hand-selected American oak. With a capacity of about 480 liters, these large casks allow malt whiskies to mature slowly.

Mizunara is a species of oak native to Japan and is considered the signature enhancer giving Yamazaki its quintessential Japanese character and elegance. The Yamazaki Mizunara Single Malt Whisky is made of long-matured malt whiskies showcasing the beauty of the handcrafted Mizunara casks.