Taliban Dumps 3,000 Liters of Booze Into Canal After Arresting Dealers 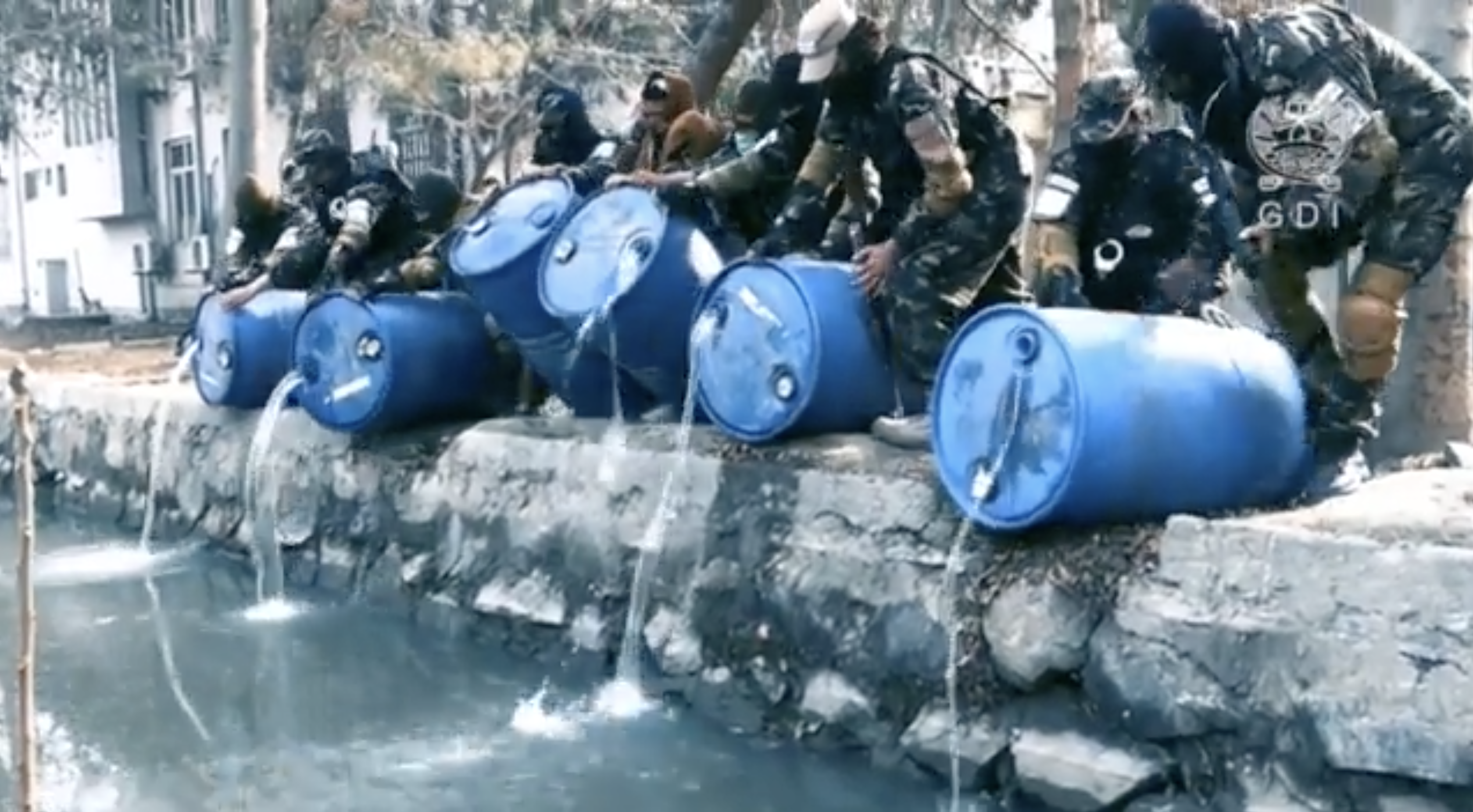 The General Directorate of Intelligence, an Afghan intelligence agency controlled by the Taliban, announced Saturday on Twitter that it had arrested three liquor dealers in the Kart-e-Char area of Kabul, Afghanistan, and seized about 3,000 liters of alcohol. The group proceeded to “destroy” the booze it seized, by way of dumping it out of the barrels it was held in, into a canal, an act shown in video footage included in the tweet.

“Muslims have to seriously abstain from making and delivering alcohol,” an intelligence official said in the video, according to i24 News.

The GDI handed over the liquor sellers to its judiciary, according to the tweet.

Since the Taliban took over Afghanistan on August 15, the frequency of raids, including on alcohol and drug dealers, have increased.

Further guidelines prohibit women from riding in taxis without their heads fully covered or riding more than 45 miles in a taxi without a male companion. Taxi drivers are to refuse to drive women who don’t obey with these orders. Drivers also must stop playing music while driving, an act that the Taliban calls “un-Islamic,” according to The Washington Post.

“The Taliban are reverting to their repressive policies of the past, shattering the myth of a kinder and more moderate Taliban 2.0,” said Michael Kugelman, deputy director of the Asia Program at the Wilson Center in Washington, in the Washington Post story.