Whiskey Tasting 101: Tasting Like a Pro Isn't That Hard
Article 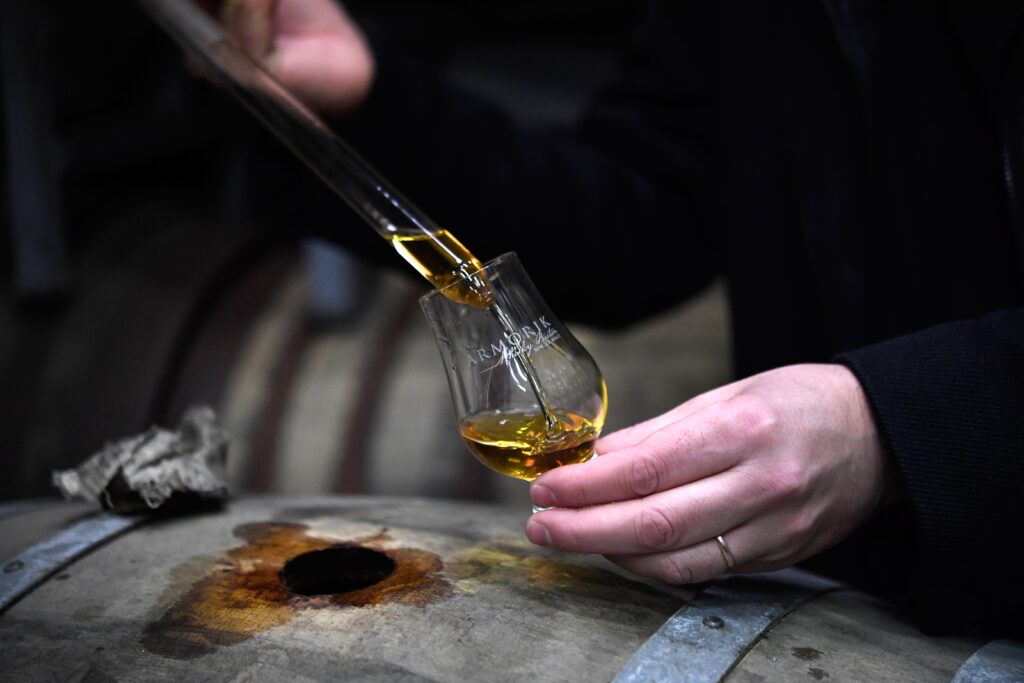 If you are here on Whiskey Raiders, it’s pretty safe to say that you’re a whiskey fan, or about to become one.  But have you ever read one that said the whiskey tasted like “waffle cone” or “marzipan” and wanted to try and drink whiskey like you were reviewing it?  Here are some tips and advice to picking apart your favorite pour like a pro.

Source Of All Flavor

Let’s start with where the flavors in whiskey come from.  There are two sources of flavor: the distillate and the barrel.  The distillate will get flavor both from the grains used in the mashbill and the yeast.  A whiskey like bourbon has to have at least 51% corn, which is why you often will see notes like cornbread, creamed corn, roasted corn.  The rest of the mashbill may be made up of a flavoring grain like wheat, which lends itself to soft sweetness and breadiness, or rye, which brings in more spicy notes.

The yeast also has a big impact on the flavor.  There are millions of strains of yeast, and most distilleries use their own proprietary strain that leads to a signature flavor in their whiskey.  Four Roses has 5 different yeast strains that they have identified as imparting flavors on the whiskey as the yeast turns the sugar extracted from the grain into alcohol, it develops notes ranging from fruity to floral to herbal, depending on the strain of yeast used.

Now onto the barrel.  For bourbon and rye whiskies, they need to be aged in new, charred, oak.  On a molecular level, the wood contains a wide variety of flavor components like lactones, tannins, vanillin, and wood sugars.  When the oak is charred, those sugars caramelize.

As whisky sits in the barrel and matures, it is drawn in and out of the wood grain itself, and starts to pull those components out of the wood and into the liquid.  So any whiskey aged in new oak will typically be on the sweeter side, having notes of vanilla and caramel.  You can read more on the breakdown of barrel chemistry from Scientific American.

What about all those crazy descriptors you read in a review?  When you identify a taste, you are making a connection in your brain to something you have previously experienced.  If you’ve never experienced something before, you won’t be able to identify it in a whiskey.  A great start can be going through your kitchen and smelling and tasting what you can.

The spice rack is a great place to start.  When we aren’t in a pandemic, go through the produce section of the grocery store and smell the fresh fruits and plants to get familiar with those sensations.  You can even buy dedicated kits with samples of aromas specifically suited for whiskey notes.  Take a few whiffs side by side while tasting a dram to help you identify individual notes.

If you are drinking something like scotch or a finished bourbon, try drinking the spirit of the cask it was finished it.  Start drinking some sherry, port, or rum so you can identify how the maturation affects the whiskey.

Your Recent Eats May Haunt You

It’s also important to remember that your palate is greatly affected by what you have previously had to drink or eat.  Plain snacks like crackers can help bring you back to neutral, but don’t be afraid to write down your notes and then pour the same whiskey a few days later and see if anything has changed.

Higher alcohol volume will also fatigue your palate faster so make sure to pace yourself or add a little water to see if a little dilution can bring out different flavors.  At the end of the day, taste is subjective and you cannot be wrong with what you experience.

At the end of the day, drinking whiskey is a personal experience.  There is no right or wrong way to drink as long as you enjoy it.  Neat, on the rocks, in a cocktail; it doesn’t matter.  Whiskey is made to be enjoyed