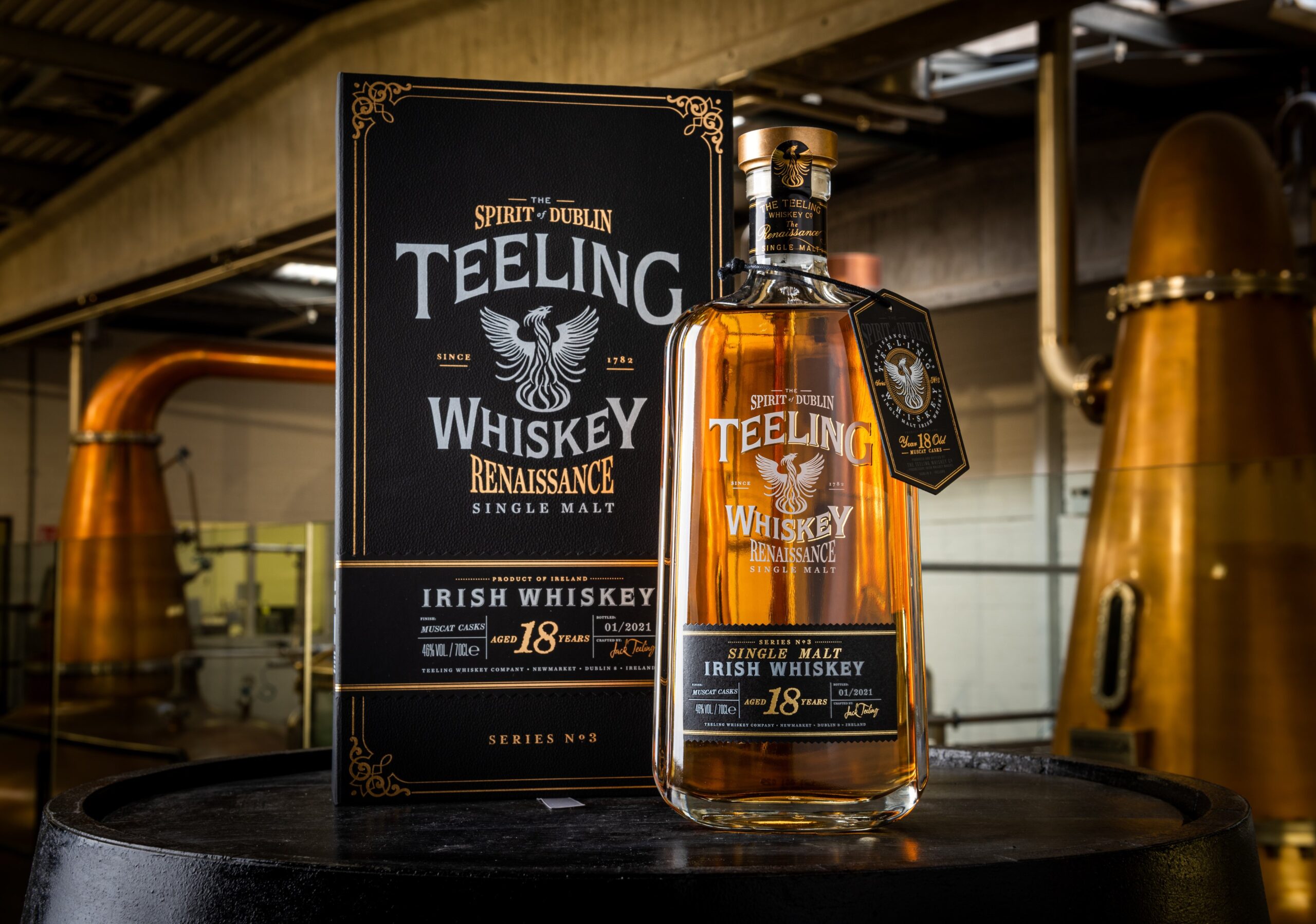 Irish distiller Teeling Whiskey has announced the fourth iteration in its Renaissance single malt series. Rennaissance Series 4, like the other whiskeys in the Renaissance series, has been aged 18 years.

Series 4 was aged for about 16 years in bourbon barrels before being finished in Pineau des Charentes red wine casks, which Teeling said gives the whiskey “pressed grape and candied dried fruit flavours of apricot and pineapple character.”

Nine thousand bottles were made available from this batch. It is available at the Teeling distillery and at select Ireland retailers and online retailers such as The Celtics Whiskey Shop and Irishmalts.com. In the coming months, the whiskey also will be made available to some retailers in Belgium, the U.K., Holland, France, Italy, Russia and selected Asian markets.

“These releases are a celebratory bottling series that mark the true Renaissance of Dublin as the epicentre for world-class, city-based whiskey distillation,” said Teeling founder Jack Teeling.

Teeling has found great success recently, seeing a massive spike in sales numbers in 2020 despite the COVID-19 pandemic.