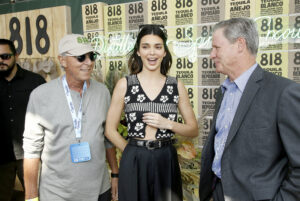 The conflict between Kendall Jenner’s brand, 818 Tequila, and Texas spirit, Tequila 512, is reaching a boiling point. NBC News has reported on the brewing spat as it is moved forward by K & Soda LLC, which is taking the reality star to court for trademark infringement — which could potentially mean big things.

According to NBC, “The lawsuit says Tequila 512, whose trademark was established in 2015, uses an ‘immediately recognizable 512 mark in black lettering inside a vertical yellow rectangle.’ Tequila 818, which launched last year with Jenner as the face of the company, is accused of using the same branding with ‘immaterial tweaks.'” 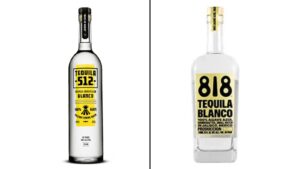 However, when doing a search to compare the bottles side by side, it really begs the question: Is Tequila 512 so desperate for attention that it would need to sue a celebrity brand just for some publicity? Other than similarities in coloring and using a native zip code as the name, they are clearly different brands.

It is also important to note that because there are so many laws and red tape when it comes to liquor-bottle labels, there is only so much creativity a company can put into the design.

It is doubtful that the Texas brand will get far with the lawsuit, considering the behemoth company the model’s brand is growing to be, but at least it is getting its name in people’s heads.