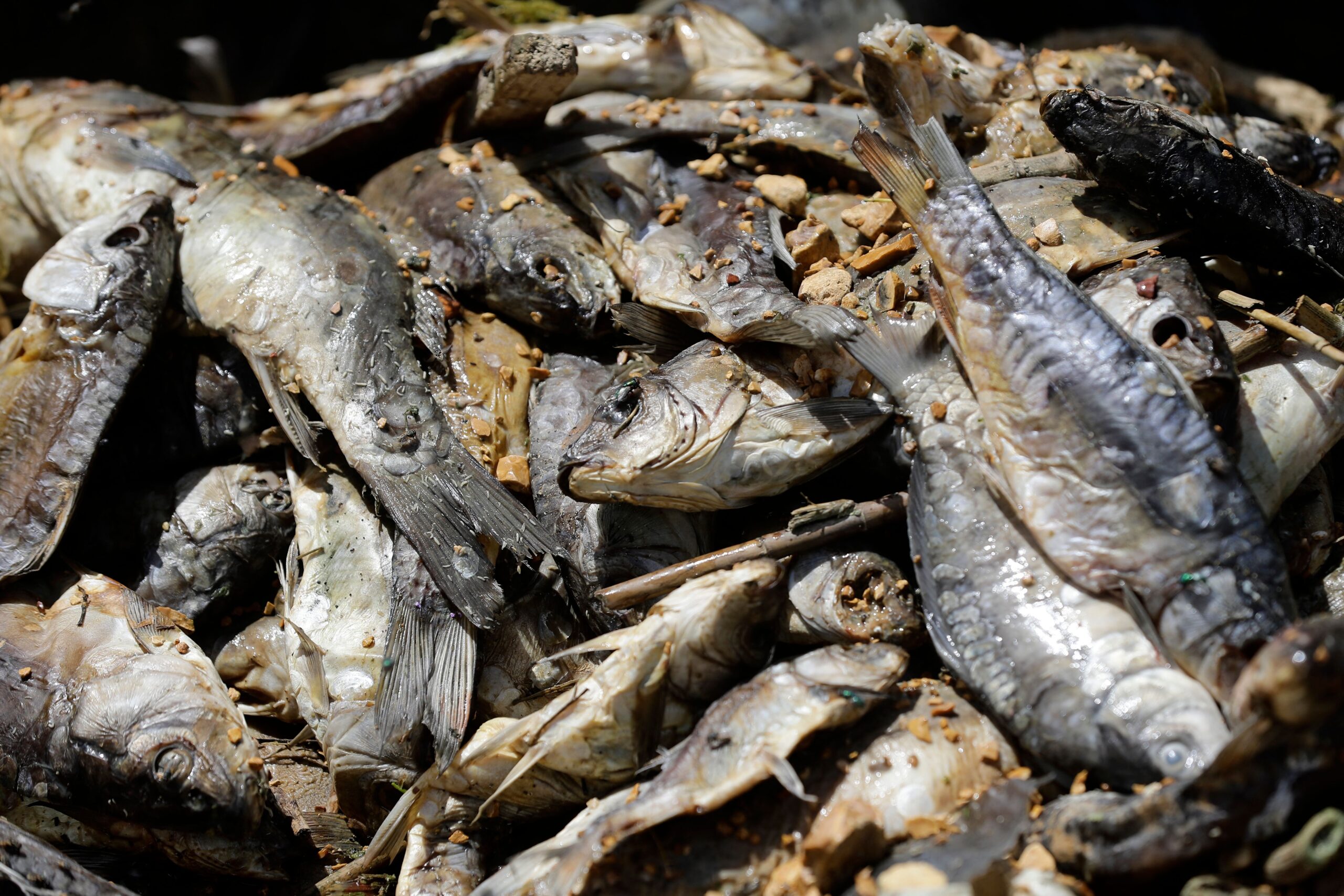 This picture taken on April 29, 2021 shows dead carp fish flushed to the shores of al-Qaraoun reservoir in Lebanon. A spill of vinasse, a byproduct of alcohol, caused pollution, contaminating a water source in Jalisco, the leading tequila region of Mexico. (Photo by JOSEPH EID/AFP via Getty Images)

A spill of millions of liters of residual waste product vinasse, a byproduct of alcohol, contaminated a water source in Jalisco, the leading tequila region of Mexico. Between 60 and 80 tons of dead fish (between 120,000 and 176,370 pounds) already have been removed by the environmental protection agency of Jalisco, which said the die-off could continue further, according to the Associated Press.

The vinasse spilled into the Las Animas creek, which flows into the San Onofre reservoir, the polluted water source.

The environmental disaster has been devastating to small municipality Ayotlan, whose residents fear the contamination could pose a threat to their crops and devastate their fishing business.

“It was a really difficult moment to see all of our savings, life, going into those pits,” fisherman Jesus Solís told the Associated Press as he recalled scooping dead fish out of the reservoir. “I felt so sad then, so powerless, so much anger.”

Aldo Castañeda Villanueva, a professor and researcher specializing in water management at the University of Guadalajara, told the Associated Press that cleaning up the reservoir could take years.

Investigation into the spill is ongoing, but Ayotlan residents and some state authorities are blaming the company that treats waste from the area’s tequila-producing industry. The Altos Residual Water Treatment plant was closed at the end of September after an inspection revealed that one of its lagoons holding vinasse had a rupture, Orión Flores, director of Attention to Socio-environmental Conflicts for the state of Jalisco’s environmental protection agency, told the Associated Press.