When scrolling through Twitter, I came across a tweet from Wild Turkey enthusiast RareBird101, excited to be enjoying another one of the many RTD’s on the market today.

Granted, it’s probably fantastic, and I am not one to shy away from a good canned cocktail. However, it begs one to think about why the need for so many?

Ever since White Claw hit the scene, canned, ready-to-drink cocktails are all the rage. They’re easy to buy and pack for a day at the lake, often times pack lots of different flavors or variations, and most importantly: typically very sweet. All of these things tend to appeal to the younger, hipper drinking demographic, and that seems to mirror the marketing behind most of these as well. I’ll admit, it is easier to show up at a family barbecue with a six pack of Truly’s than with a handle of Jack and a two liter of coke. People also seem to accept canned cocktails over showing up with a liter of hard liquor and your preferred mixer. But, is that really what the whiskey industry should be going for?

Part of the allure of whiskey and a good dram is the maturity that goes along with ordering a bourbon neat or Scotch on the rocks. Not diluted with sugar, which most of the RTD’s are. However, the convenience of the canned cocktail is not something we can ignore, so below we have our favorite and least favorite canned whiskey cocktails so far this summer to help you make the best choice possible for yourself and your friends. We went ahead and sipped all manner of whiskey based RTD’s and here are some highs and lows:

Which Ready to Drink Whiskey Cocktails Should You Buy?

If you do find yourself going to buy a canned cocktail, we have tasted them all and we have a few suggestions that do live up to the hype, and are more than just sugar and malt liquor. 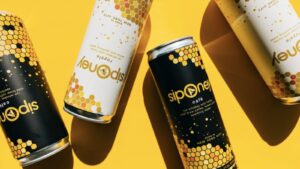 To be honest, the jury is out on this one, and the Whiskey Raiders favorite has to be Siponey.

And if you think for a second that the lemons can’t possibly be that fresh coming out of New York, think again. According to the Siponey website, “Lemons don’t typically grow in New York, but our supplier is based there to minimize our shipping footprint. We use real lemon juice, not from concentrate.” 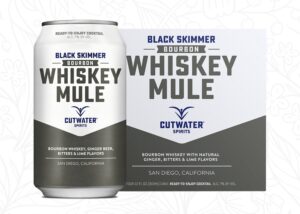 “Our ginger beer, a hint of lime, and aromatic bitters flavor makes for the start of a perfect mule. The addition of our award-winning Bourbon adds a depth of flavor to turn the classic on its head. Spicy, bold, and ready-to-enjoy.”

The Canned Whiskey Cocktail to Skip 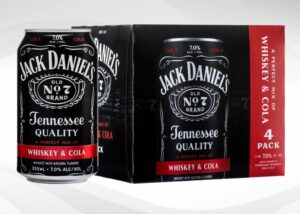 “Jack Daniel’s Whiskey Coke was sweet as hell, but tasted as expected” says Whiskey Raiders managing editor Jay West during a tasting. Moral of the story, buy a better whiskey and mix it with a coke if you have to. You’ll save money, it’ll taste better, and you might even save a few calories at the same time.