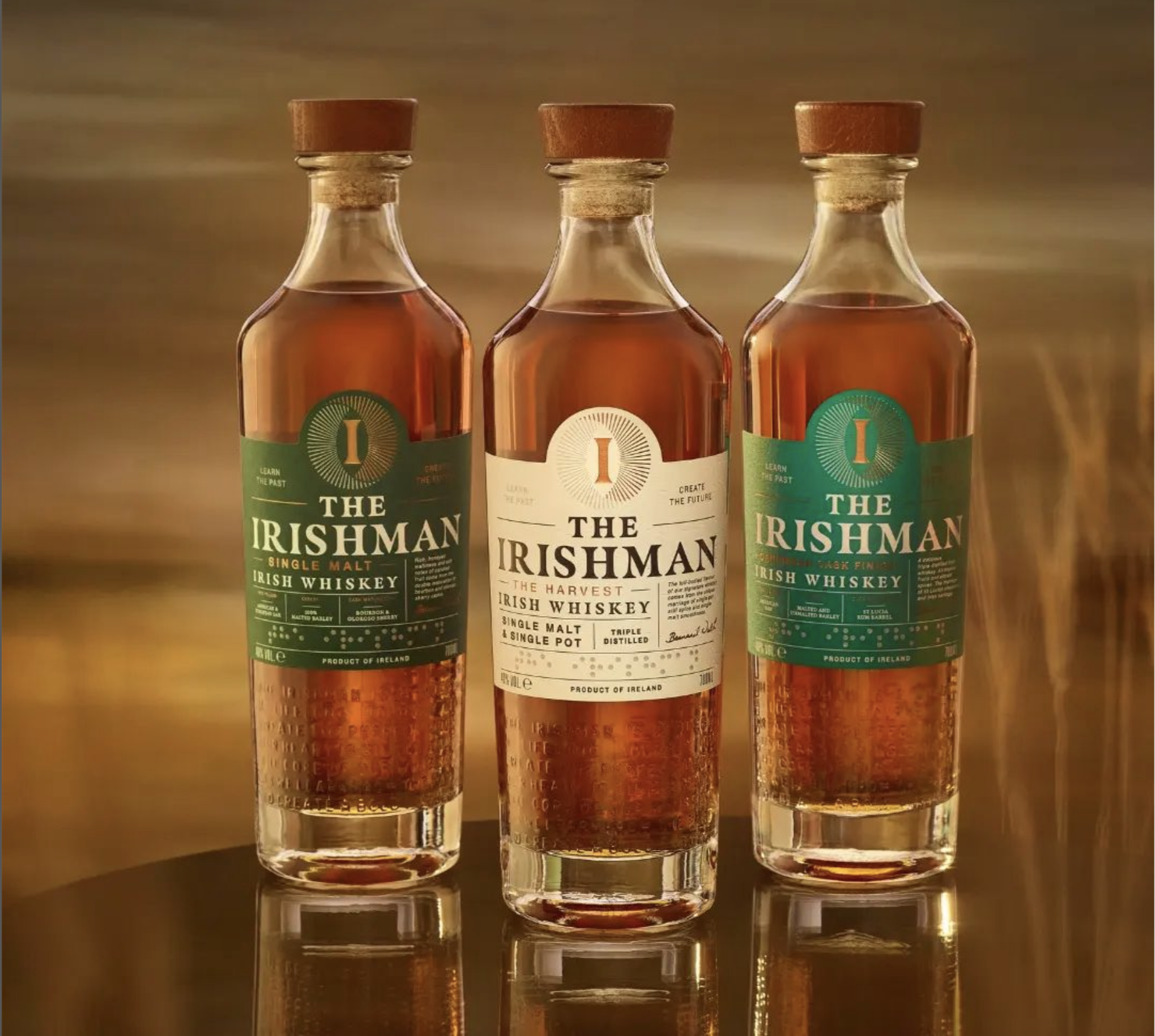 Ireland-based distillery Walsh Whiskey announced Thursday that it has undergone an extensive revamp of its “The Irishman” brand of Irish Whiskey.

“As the Irish whiskey category continues to develop with increasing variety, it’s important that we’re clear in our proposition to whiskey consumers,” Walsh Whiskey Co-founder Bernard Walsh said. “Our message is simple: The Irishman will always be Single Malt-focused – whether championed in pure expressions or blends – and that it will always be triple-distilled to leave a lasting impression.”

The Irishman described the new bottle design as follows:

“The most striking change in The Irishman rebrand is the introduction of a bespoke, tall, tapered bottle. All expressions in the range are now sealed with a cork which affirms the super-premium nature of the whiskeys. The bottle has strong whiskey cues, including broad ‘shoulders’ and a tapered base. A significant feature of the bottle is a series of embossed phrases around the lower part of the bottle that capture the essence of The Irishman’s focus and purpose, which is ‘to pursue a lifelong journey in search of the perfect dram/ taoscán of single malt, while respecting past traditions and with ambition for future possibilities.'”

The bottle also features a new logo and labels, which now feature braille for the visually impaired as well as nutritional information on e-labels on the back of the pack.

The rebrand reached Ireland, including Dublin Airport, on Thursday, and is planned to roll out across Europe and North America beginning in April, and will reach the rest of the world in the second half of 2022.

Walsh Whiskey was acquired by Amber Beverage Group in November.

The Irishman has won awards including Best Irish Whiskey of the Year and Best Single Cask Whiskey at the 2019 Irish Whiskey Awards.