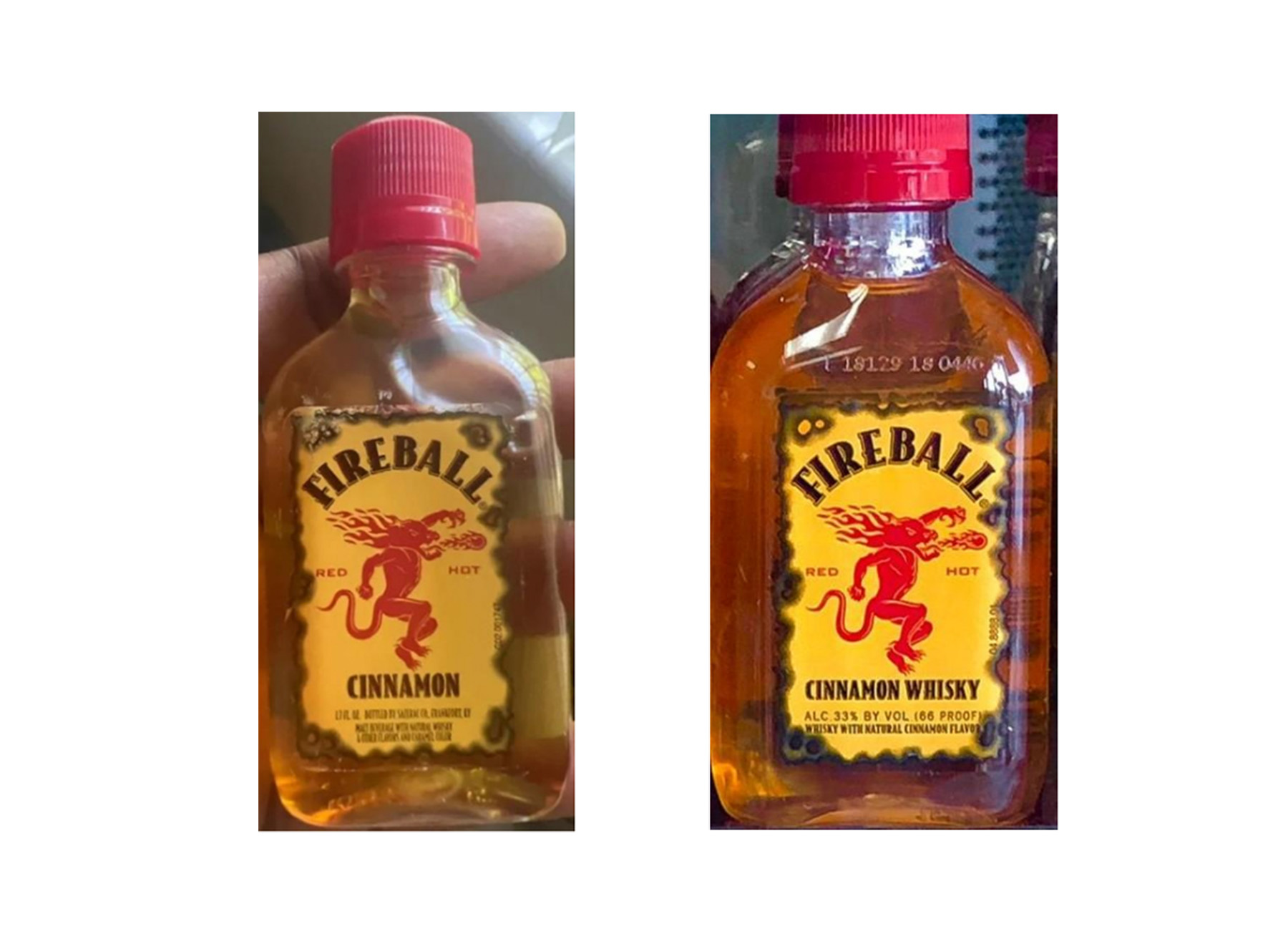 A class action lawsuit has been brought against spirits giant Sazerac over its Fireball brand.

The lawsuit alleges that Fireball’s “Fireball Cinnamon” beverage is misleading due to its packaging, which is very similar to Fireball’s Cinnamon Whisky, a different product.

“When viewed together with the Fireball distilled spirit brand name, the label misleads consumers into believing it is or contains distilled spirits,” the lawsuit reads.

This “Fireball Cinnamon” is frequently sold in locations such as gas stations, including in states where selling liquor in non-liquor stores is illegal, leading to confusion — until consumers realize the small bottles are malt beverages with half the alcohol content.

The lawsuit takes umbrage with the label’s fine-print phrasing.

“Using the words ‘With Natural Whisky & Other Flavors’ is a clever turn of phrase because consumers who strain to read this will see how it ‘Natural Whisky’ is distinct from ‘Other Flavors,'” the lawsuit states. “They will think the Product is a malt beverage with added (1) natural whisky and (2) other flavors.”

Unlike whisky, a distilled spirit, malt beverages like Fireball Cinnamon use fermentation to create a base. Flavors and coloring may then be added to this base.