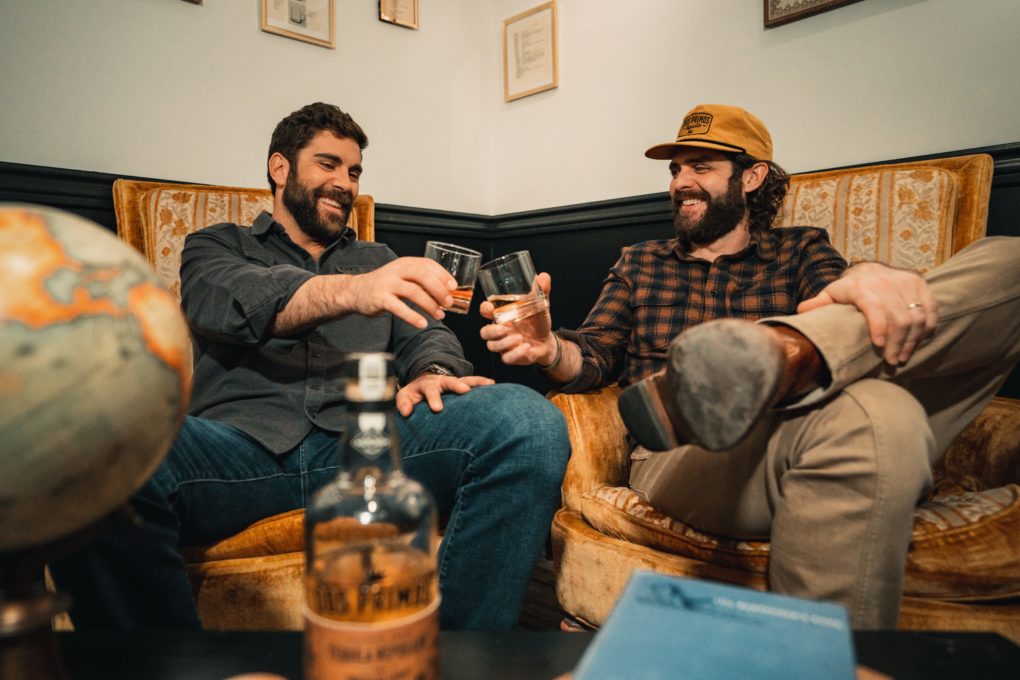 Thomas Rhett and his cousin, Jeff Worn, next month will launch a second release from their tequila brand, Dos Primos. This release will be aged in bourbon barrels. (Photo: Dos Primos)

The reposado tequila is made from blue agave sourced from estates in Los Altos and the valley area of Jalisco, Mexico, and aged for at least six months in used bourbon barrels.

“When Jeff and I started the Dos Primos Tequila company four years ago, we knew we wanted to continue to expand our tequila family,” Rhett said in a news release. “We’ve been so blown away by the response to our blanco and couldn’t be more pumped to now introduce a reposado together. Similar to our original goal, we’ve worked hard to make this as versatile as possible and seamlessly fit into any activity, regardless of the time of year.”

“I worked closely with the founders throughout the distillation process to ensure we were creating a tequila that would exceed standards and expectations,” González said. “This latest Dos Primos product is a gorgeous and delicious reposado tequila that is smooth and versatile.”

The brand hasn’t yet made the price of Dos Primos Reposado available but said it will be “competitively priced with other ultra-premium tequilas within its category” and will be available in select U.S. markets next month. Dos Primos’ initial release, Blanco Tequila, costs about $40.