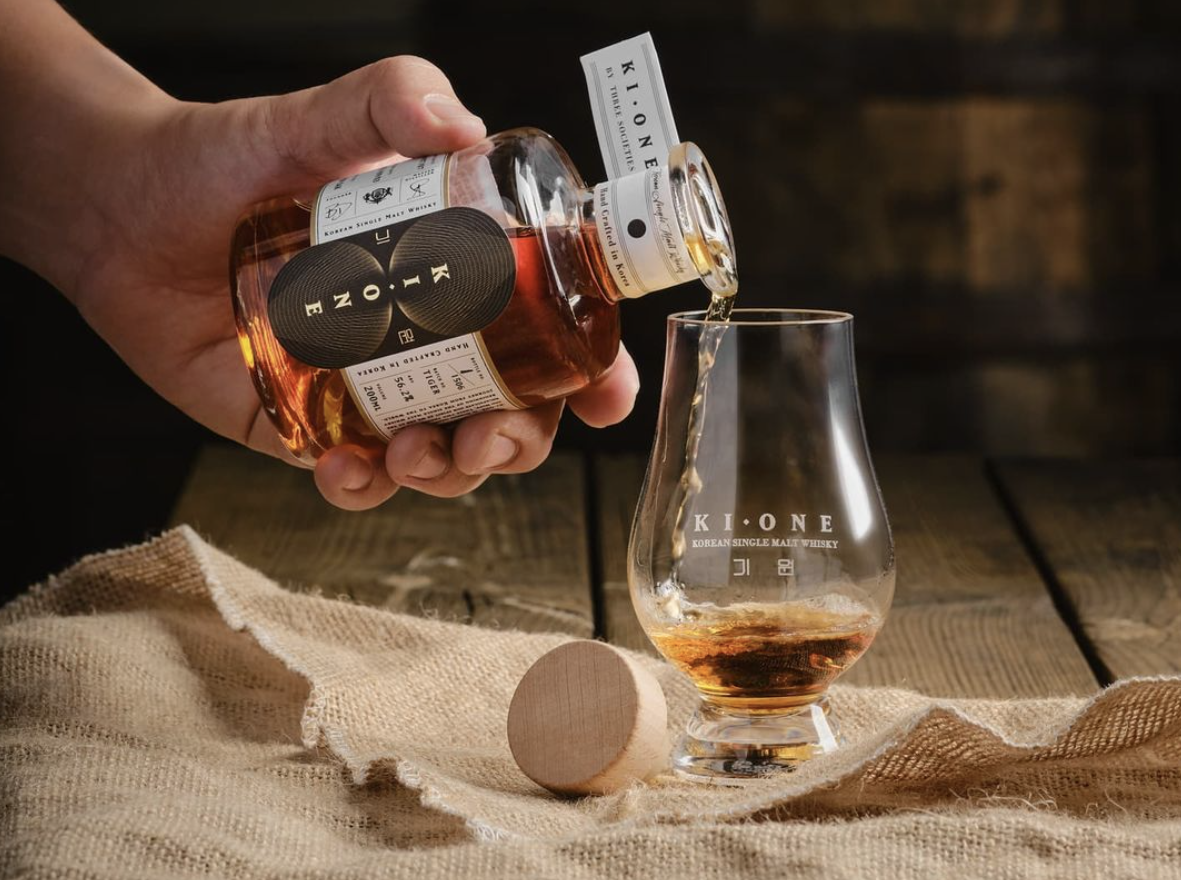 Earlier this month, Three Societies Distillery in South Korea introduced the country to its first single malt whiskey, named “Ki One,” which has two meanings in Korean: a beginning and to hope or wish for.

In South Korea, soju, a low-ABV spirit usually distilled from rice or other grains, reigns supreme as the alcoholic beverage of choice. No other spirit has been able to compete with soju, especially not whiskey; in 2020, whiskey imports in South Korea reached their lowest mark in 21 years after steadily declining since 2007.

Despite that, Three Societies founder Bryan Do is hoping to make a splash by trying something new: single malt.

Do teamed up with Scottish distiller Andrew Shand, among others, and built a distillery. The single malt whiskey follows the traditional production methods Do learned from Shand but incorporates Korea’s “spicy” flavor, Kim Yu-bin, the company’s marketing director, told the Korea Times.

Do and co. released 1,506 bottles in the first limited edition, sold in South Korea and five other territories, including Singapore and Hong Kong, according to the Korea Times.

Do said that within three years, he hopes to export his whiskeys to Europe, including Scotland and Ireland.

“It will be a very proud day for us when we can re-export to Scotland,” Do told the Korea Times. “And I think we can be competitive in the market because it is ‘Korean.’ Many people are interested in what Korean whisky is like. So I think we will have a fairly good following.”

After Ki One, Do plans to launch two other limited editions before the general product launch in 2023, the year which Three Societies has to wait until to sell export its products to Europe, where whiskey needs to be aged more than three years to be classified as whiskey.