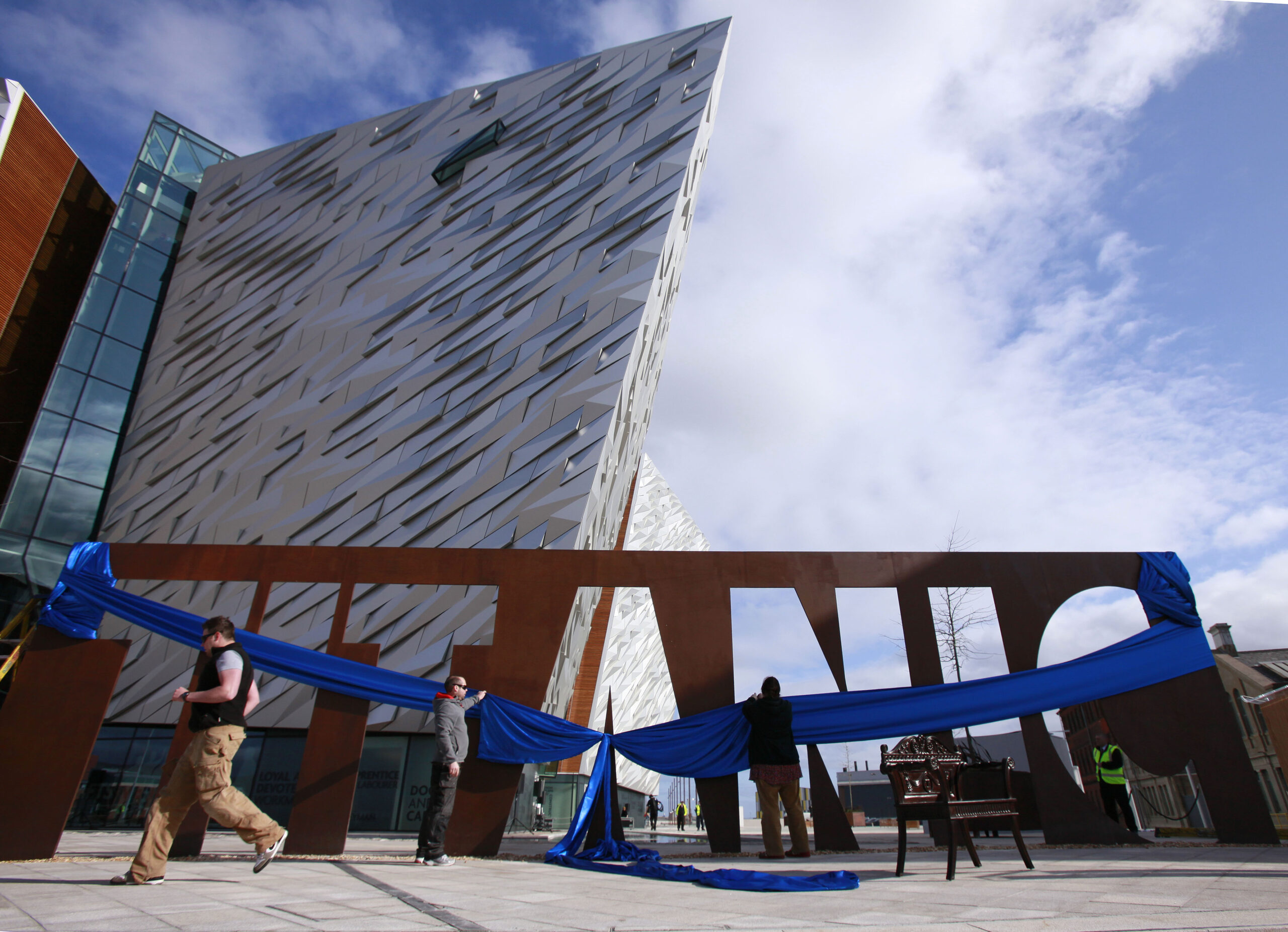 Workers prepare the opening ribbon on the Titanic sign March 31, 2012, at the Titanic Belfast visitor centre in Belfast, Northern Ireland. The Titanic Pump-House in Belfast is going to be converted into a whiskey distillery. (PETER MUHLY/AFP via Getty Images)

A proposal to turn the Titanic Pump-House in Belfast, Northern Ireland, into a whiskey distillery, was greenlit by the Belfast City Council on Tuesday, according to the Belfast Telegraph. The building in the heart of Belfast’s Titanic Quarter, along with its neighboring dock, opened in 1911 and is the world’s only authentic Titanic landmark, according to its website.

The dock is where the RMS Titanic – which infamously sank on its maiden voyage after hitting an iceberg in 1912 – was constructed.

The project to turn the Pump-House into a working distillery that will offer visitor tours was proposed by Belfast drinks company Titanic Distillers.

Titanic Distillers plans to install three large stills on a mezzanine floor overlooking the original pumping engines, which sit deep in the pump-well, according to the Belfast Telegraph.

The original pump equipment and internal historic features of the building will be retained and visible as part of the tours.

A tourism center, including a “speakeasy” bar and cafe with a gift shop, exhibition space and a mezzanine floor with tasting rooms, will sit adjacent to the Pump-House. Once the distillery opens, visitors will “clock in” like workers used to, to view the workings of the distillery and hear the story of Belfast’s whiskey tradition.

“Titanic Distillers is inspired by the people who worked in Belfast’s shipyard more than a century ago – and now tourists will be able to walk in their footsteps in the very pump-house and dry dock that represent such an authentic part of the Titanic story and indeed the history of Belfast,” said said Titanic Distillers director Peter Lavery.

The Titanic Pump-House is about a half-mile from Titanic Belfast, the world’s biggest Titanic exhibition centre and Northern Ireland’s No. 1 tourist attraction