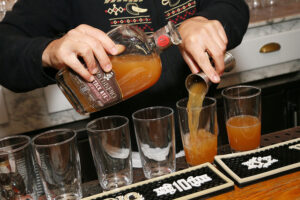 WhistlePig whisky and cocktails are served during Pigs And Pours presented by WhistlePig hosted By Robert Irvine at The Standard Biergarten on Oct. 13, 2018, in New York City. (Photo by Astrid Stawiarz/Getty Images for NYCWFF)

Whiskey is a complex spirit with a long history, and there are many ways to enjoy it. Whether you prefer it neat, on the rocks or in a cocktail, there’s a whiskey drink for everyone. Here are some of the most popular whiskey cocktails.

The Manhattan is a classic cocktail that has been around for over a century. This timeless drink is made with whiskey, sweet vermouth and Angostura bitters, and is typically served in a martini glass.

The Manhattan is believed to have been created in the late 1800s at New York’s Manhattan Club and has been a staple of American cocktail culture ever since. Typically, the Manhattan is made with bourbon or rye, but you can also get creative with a more unconventional option, such as scotch.

There are many different ways to make a Manhattan, but the most essential ingredients are whiskey, sweet vermouth and bitters. The proportion of these ingredients can be varied to suit your taste, but the classic ratios are two parts whiskey to one part sweet vermouth, with a few dashes of bitters. Check out our Manhattan Recipe here.

The Old Fashioned is a classic whiskey cocktail that has been enjoyed for centuries. This simple yet flavorful drink is perfect for those who appreciate the bold taste of whiskey.

To make an Old Fashioned, simply combine whiskey, bitters, sugar and water in a glass over ice. For an extra touch of flavor, you can add a twist of orange peel. The Old Fashioned is a versatile cocktail that can be enjoyed on any occasion. Whether you are relaxing at home or enjoying a night out with friends, this timeless drink is a winner. 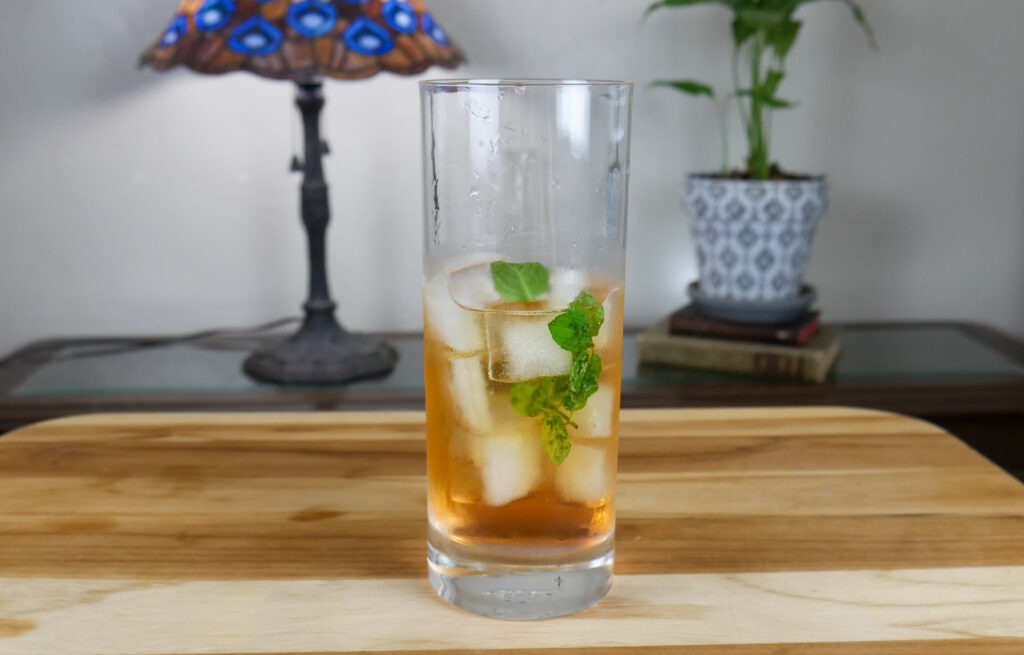 The Mint Julep is a popular whiskey cocktail that originates from the American South. It is made with bourbon, mint leaves, sugar and water and traditionally served in a silver or pewter cup.

The drink has a long history, dating back to the 18th century, when it was first mentioned in print. The Mint Julep gained popularity during the 19th century. Today, the cocktail is most closely associated with the Kentucky Derby and is the official drink of the race.

Whether sipped on a hot summer day or enjoyed at a Derby party, the Mint Julep is a refreshing and classic drink.

The Whiskey Sour is a classic cocktail that has been enjoyed for centuries. Though the exact origins of the drink are unknown, it is thought to date back to the 18th century. The most basic recipe for a Whiskey Sour consists of whiskey, lemon juice and sugar. However, there are many variations of the drink, including those made with other types of citrus juice, spirits and even egg whites — a popular variety of the drink often called a Boston Sour.

The Sazerac is a local variation of a cognac or whiskey cocktail originally from New Orleans. It is named for the Sazerac de Forge et Fils brand of cognac brandy, which originally served as the drink’s main ingredient.

The drink was created in the early 1800s by Antoine Peychaud, a New Orleans apothecary who used his bitters in a drink he called the Sazerac Cocktail. The recipe was later modified to include rye whiskey.

Today, the Sazerac is made with Cognac or rye whiskey, absinthe, sugar and Peychaud’s bitters. It is often garnished with a lemon twist. The Sazerac is a true New Orleans original and is one of the city’s most iconic cocktails.

The Hot Toddy is a wintertime classic, perfect for warming up on a cold night. The basic recipe is simple: Just add whiskey, honey and lemon to boiling water. However, there are many ways to add variety.

For example, some recipes call for spices like cinnamon or nutmeg to add an extra kick. Others suggest using different types of booze, such as rum or brandy. And still others recommend using fruit juices or other flavorings in place of the honey.

No matter which ingredients you choose, though, the key to making a perfect Hot Toddy is to find the right balance of sweetness, acidity and warmth. 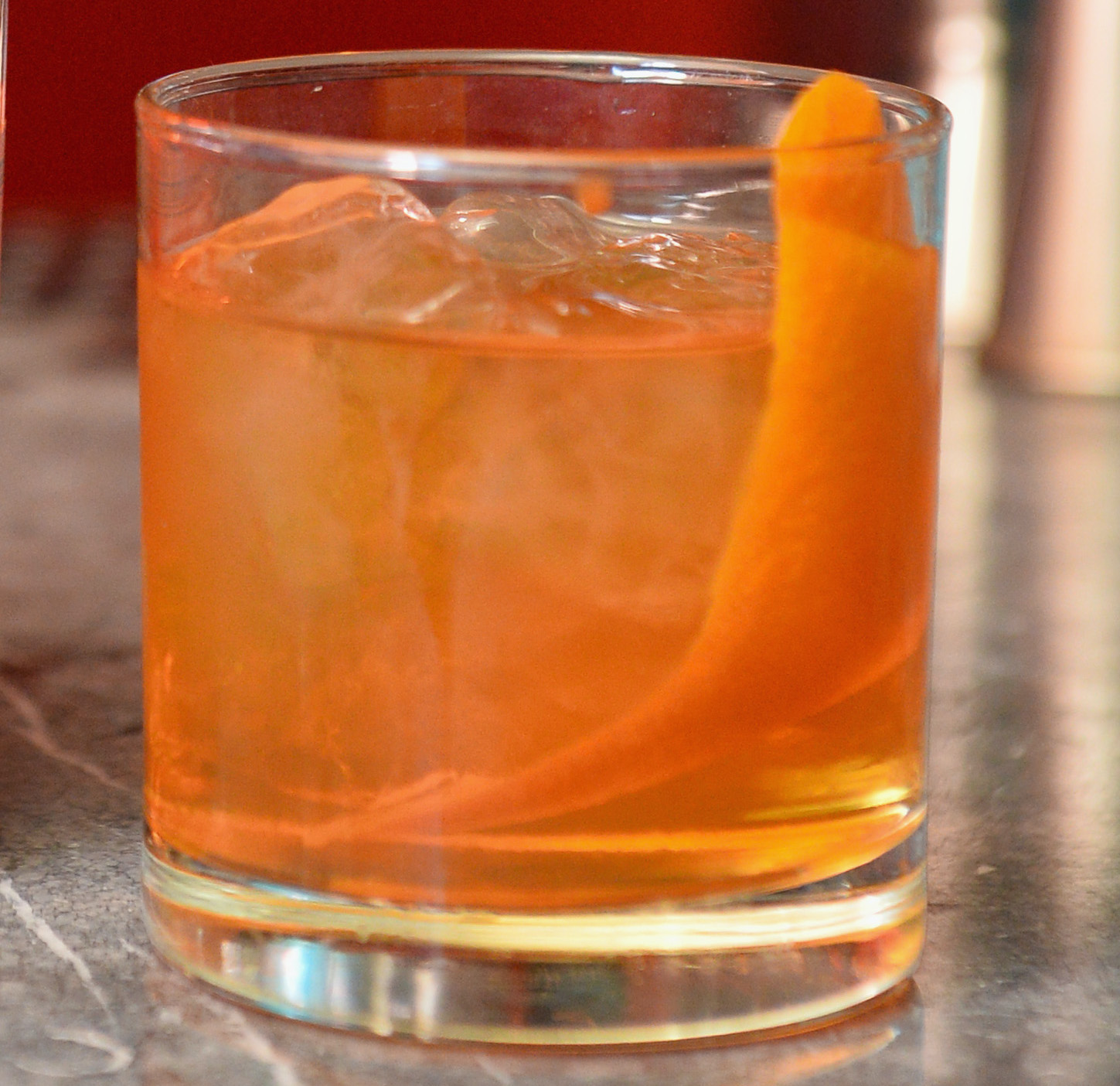 The Boulevardier is a whiskey-based cocktail that was created in the early 1920s by Harry McElhone, the owner of Harry’s New York Bar in Paris. The drink gained popularity during Prohibition and has since become a classic cocktail. It is made with rye or bourbon whiskey, sweet vermouth and Campari and is typically served neat or over ice.

The drink was named after a Parisian magazine called Boulevardier, which was popular among American expatriates living in Europe during the 1920s. The cocktail quickly became a favorite among the American expat community and eventually made its way back to the U.S.

Today, the Boulevardier is a well-known cocktail found on menus across the country. While it is most commonly made with rye or bourbon whiskey, it can also be made with other types of whiskey, such as scotch or Irish whiskey.

The Rob Roy was invented in the late 19th century. The drink is named after Scottish folk hero Robert Roy MacGregor, and it is made with scotch whisky, vermouth and Angostura bitters.

It is traditionally served on the rocks or neat and can be served up in a martini glass. The drink is typically garnished with a cherry or a twist of orange peel. While the Rob Roy is often compared to the Manhattan, the two drinks are actually quite different.

The Rob Roy is sweeter and less boozy than the Manhattan, and it is typically made with blended scotch whisky rather than rye whiskey. Whether you’re a fan of scotch whisky or just looking for a new cocktail to try, the Rob Roy is definitely worth a taste.

With such a long and varied history, it’s no wonder that whiskey has become one of the most popular spirits in the world. And with so many ways to enjoy it, there’s a drink for everyone.