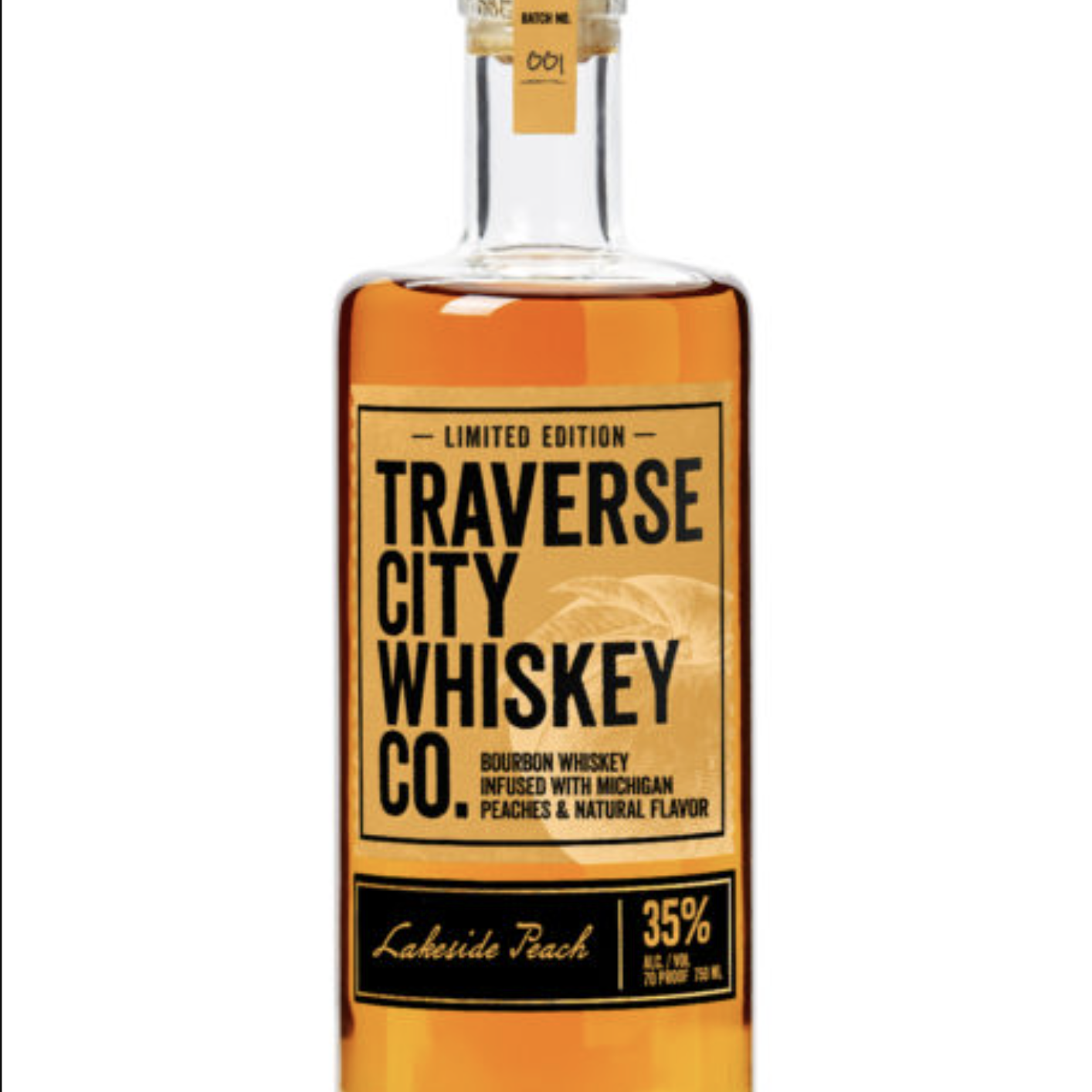 The new whiskey carries an ABV of 35% and features flavors of maple, sweet cream and brown sugar to go along with peach, according to the distillery.

American Lakeside Peach is available for purchase in Georgia, Illinois, Indiana, Michigan, Ohio, Tennessee and Wisconsin. It sells for a suggested retail price of $29.99 per 750-milliliter bottle.

Peach whiskey is slightly unexpected for the distillery located in Traverse City, Michigan — the Cherry Capital of the World. The distillery does make a cherry whiskey, which has received mixed reviews. The consensus: It’s very tasty if you’re looking for a cherry treat, but it may not be ideal for a whiskey purist.

Peach whiskey is more of a risk than its cherry counterpart, as Traverse City isn’t particularly known for its peaches. Still, the company has a Michigan Apple Whiskey in its portfolio, so this isn’t its first time making whiskey with a fruit other than cherries.

According to the news release, Michigan peaches are “delicate and sweet, surprisingly resistant to the harsh northern winters, and grown off the shores of Lake Michigan, producing some of the world’s tastiest fruit.”

“Michigan peaches are full of flavor, and when combined with our premium aged bourbon, they create a delicious spirit,” said Chris Fredrickson, co-founder, Traverse City Whiskey Co. “Our new Lakeside Peach is on par with our cherry and apple whiskeys and just won a silver medal at the prestigious San Francisco World Spirits Competition.”