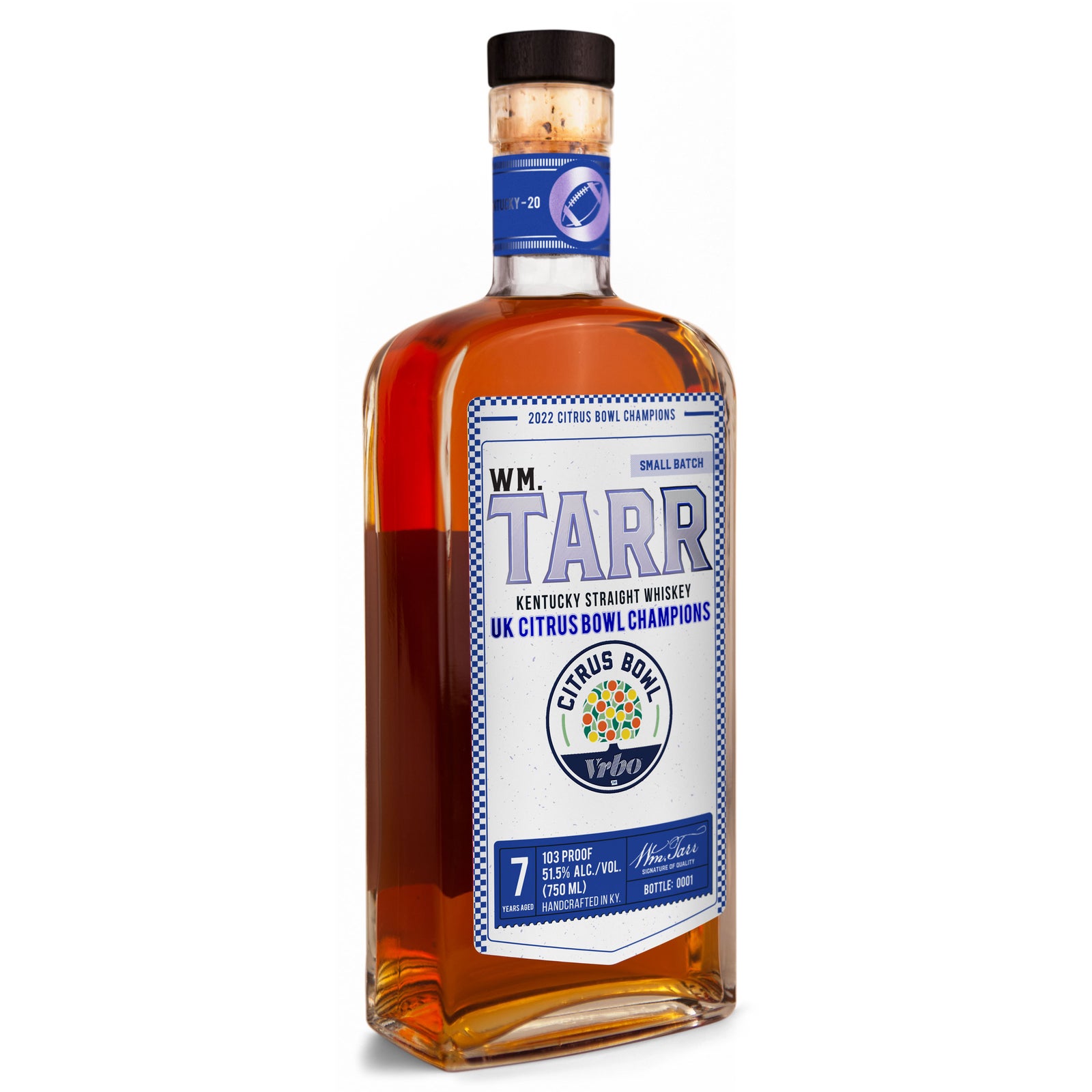 To celebrate the University of Kentucky football team’s successful season and win in the 2022 Citrus Bowl against the Iowa Hawkeyes, Lexington-based RD1 Spirits is releasing an exclusive Citrus Bowl edition of Wm. Tarr Kentucky Whiskey.

Aged seven years, the release is bottled at 103 proof as a tribute to Kentucky’s winning record last season of 10-3. The label’s chrome lettering is a nod to the team’s silver helmets. The artwork includes an official Citrus Bowl logo and the final score from the bowl game, 20-17.

The limited-release, which features a collectible label, will debut at a VIP meet-and-greet event with Stoops on March 26, from 1-5 p.m. at the RD1 Spirits Pop-up Tasting Room and Gift Shop in Lexington.

The special release can be pre-ordered (up to six bottles per person) at rd1spirits.com while quantities last. They are priced at $79.95 a bottle. The bottles can then be picked up and autographed by Coach Stoops at the event. Attendees can also come to the RD1 Spirits tasting room to purchase a bottle day-of while quantities last.

“There’s no shortcut to creating a winning team, and I believe the same holds true for great whiskey,” Stoops said, according to FredMinnick.com. “I’m excited to share this celebratory bottle with Kentucky fans and to relive the excitement of the Citrus Bowl with every glass poured.”

Kentucky is traditionally a basketball school (and state) and has one of the best hoops programs in the country, if not the best. The Wildcats are just about to head into the March Madness NCAA Tournament with a 2 seed, in fact.

In recent years, though, the school has really started turning around its football program under Stoops. The Wildcats have qualified to a bowl game in their past six seasons and won that game in their past four. Both of those streaks are program records.