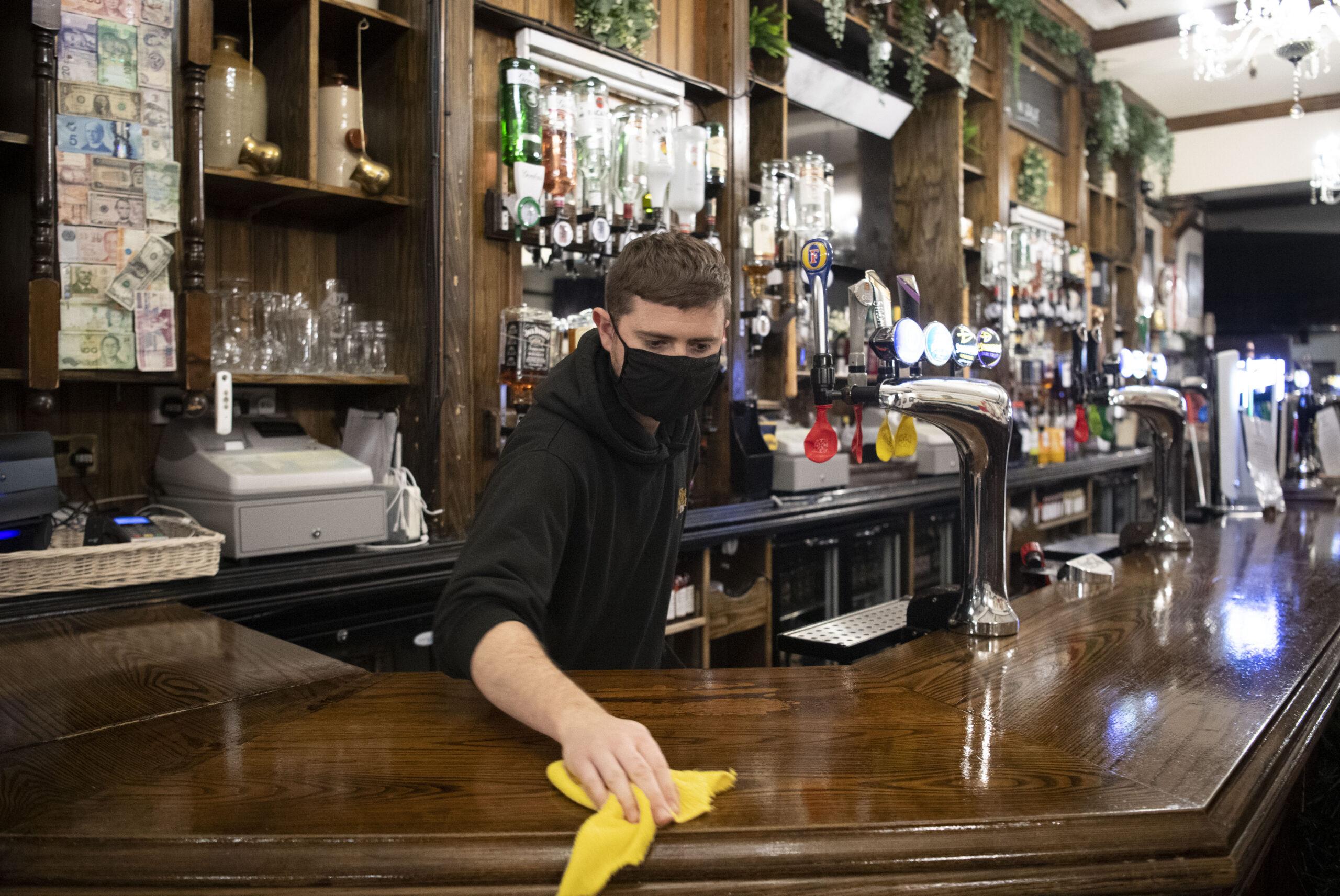 A worker cleans the bar in the Borough pub on December 4, 2020 in Cardiff, Wales. (Photo by Matthew Horwood/Getty Images)

“We are astounded at the actions of the Welsh Government this evening, the consistent targeting of the nightclub and late night economy sector has gone too far,” said Night Time Industries Association CEO Michael Kill, according to The Drinks Business. “Nightclubs and the late night economy have been at the sharpest end of the pandemic, and have upheld the Public Heath Strategy within Wales for over 2 years, with closures and mounting debts.”

Wales First Minister Mark Drakeford announced the upcoming nightclub closures Thursday, along with other health and safety measures, including social distancing in workplaces and shops.

“We have been placed in an untenable position and will now have no choice but to come out fighting,” Kill said. “The sector will be considering its legal options following this announcement.”

As the delta and more recently omicron variants have prompted a worldwide surge in COVID-19 cases and hospitalizations, many countries have begun planning and implementing restrictions and shutdowns. Earlier this week, Norway announced plans to stop selling alcohol in bars and restaurants. Last month, Ireland imposed a curfew on bars, sparking outrage from the nightlife industry.