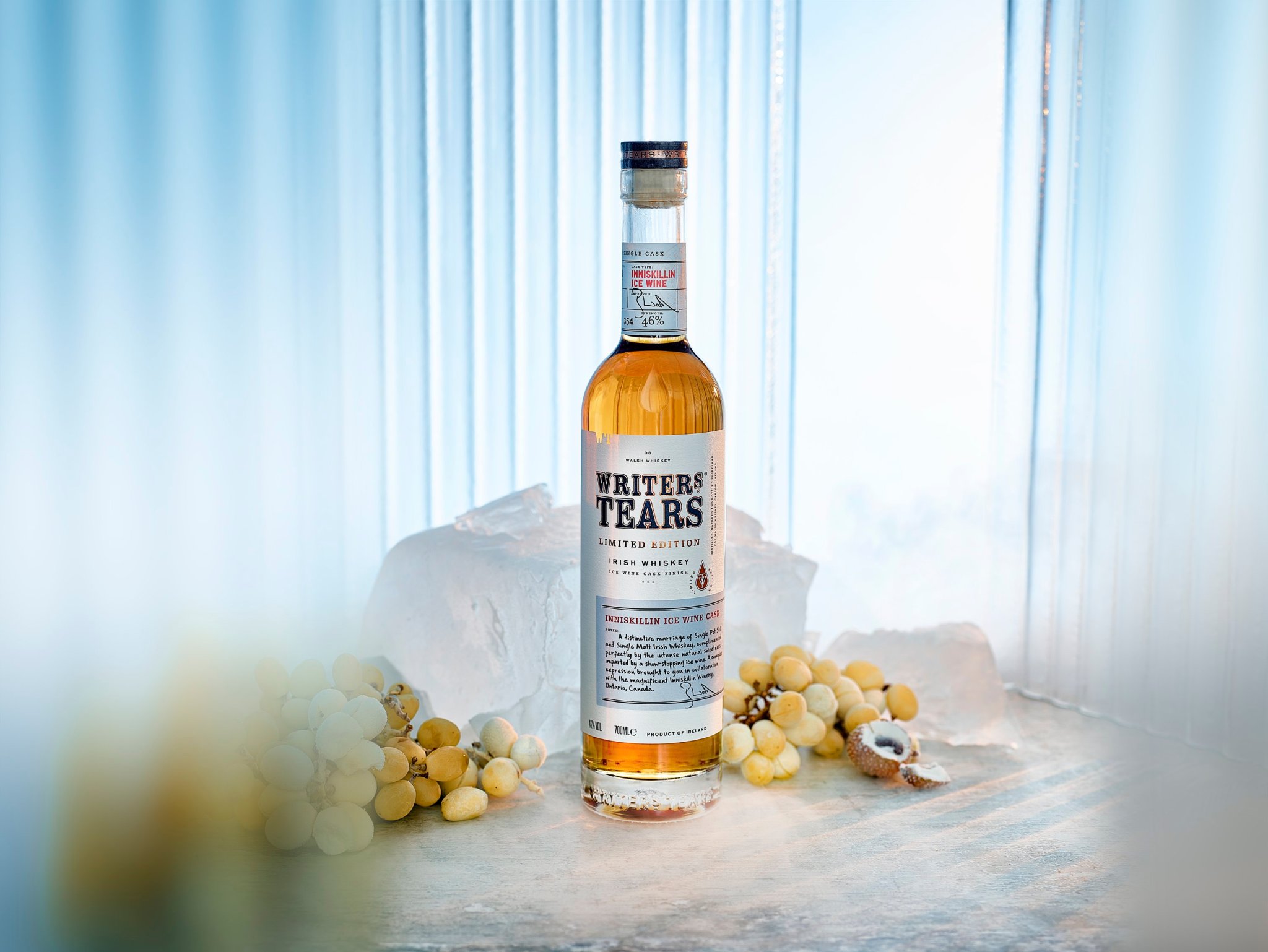 Walsh Whiskey has announced a first for Ireland: an icewine-finished whiskey, according to The Spirits Business. Writers’ Tears — Icewine Cask Finish was made in collaboration with Inniskillin Winery, Canada’s original estate winery and leading producer of icewine, dessert wine produced from grapes that have been frozen while on the vine.

The limited-edition release is a triple-distilled vatting of single pot still and single malt whiskeys that was finished for an additional year in icewine hogsheads before being bottled at 46% ABV.

The whiskey is already available in Canada and Ireland and will hit shelves in the U.S. in early November.

Bernard and Rosemary Walsh, founders of Walsh Whiskey, visited Ontario’s Niagara Peninsula in January 2020, where they worked with Inniskillin Winery, touring the vineyard and sampling fermenting wines before choosing 12 hogshead casks originally from France, which in March 2020 were shipped to Ireland, where they were filled with Writers’ Tears two months later. The whiskey was bottled a year later, this past May.

“I first tasted icewine in 2011, so plans for this expression have been fermenting in my head for some time,” said Bernard Walsh, managing director of Walsh Whiskey. “With our core Writers’ Tears – Copper Pot expression we have a unique combination of predominantly spicy Single Pot Still married with Single Malt Irish whiskey. This core expression gets a whole new dynamic complimented [sic] beautifully by the intense natural sweetness imparted by Inniskillin’s show-stopping icewine.”

The whiskey is described as having peach and apricot over a unique pot still spice on the nose, floral and nutty oak on the palate and a fruit composite of mango and lychee finish.