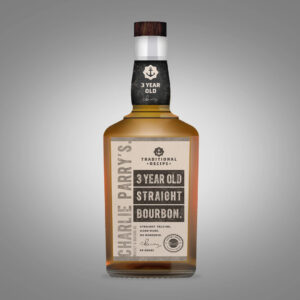 Award-winning distillers Andy and Rhys Mallows are to open a new £5M state-of-the-art distillery in South Wales creating none other than Welsh bourbon whiskey.

However, liquor laws are very clear when it comes to how Bourbon is made. One of these laws includes that bourbon has to be made in the U.S. Well, Mallows has found a way around that, sort of. The labeling loophole allows bourbon that is aged in the U.S. for 2 years to be shipped anywhere for continued aging and still retain the bourbon label. Mallows is doing exactly this. We’ve seen this, although rarely, from other brands, like Single Cask Nation’s Scottish aged Heaven Hill release.

According to the prepared statement, “Amongst the spirits rolling off the production line will be the first-ever Welsh bourbon, ‘Charlie Parry’s’. Named in honour of Rhys’ late grandfather – and Andy’s father-in-law – the bourbon is stored in virgin American oak barrels for two years before being shipped to Wales. Here it is blended with Welsh water to create a 40% ABV liquor with sweet vanilla, caramel and toffee undertones. The team says that pre-sale orders and interest from around the world has been “phenomenal”.”

“Many people are unaware of the many Welsh links to traditional Bourbon. Jack Daniels’ grandmother is said to be from Wales, while Evan Williams Bourbon were originally from Pembroke before emigrating to the USA. It’s long been an ambition of ours to create the first-ever truly Welsh bourbon, and it’s very exciting to see that dream come to fruition. We char the bourbon barrels to release the colour and sweetness, a process known in the industry as “blowing dragon’s breath” into the barrels, before adding Welsh water to give it a distinctly Welsh twist.” Says Andy Mallows, co-owner of Mallows Bottling.

So there you have it. Mallows new Welsh bourbon is in fact bourbon. With the Welsh twist of charring the barrels, it will be interesting to see how the bottle is received, especially as it ages. But what will be most interesting is if this sparks a trend among other parts of the world to start shipping bourbon. Only time will tell.