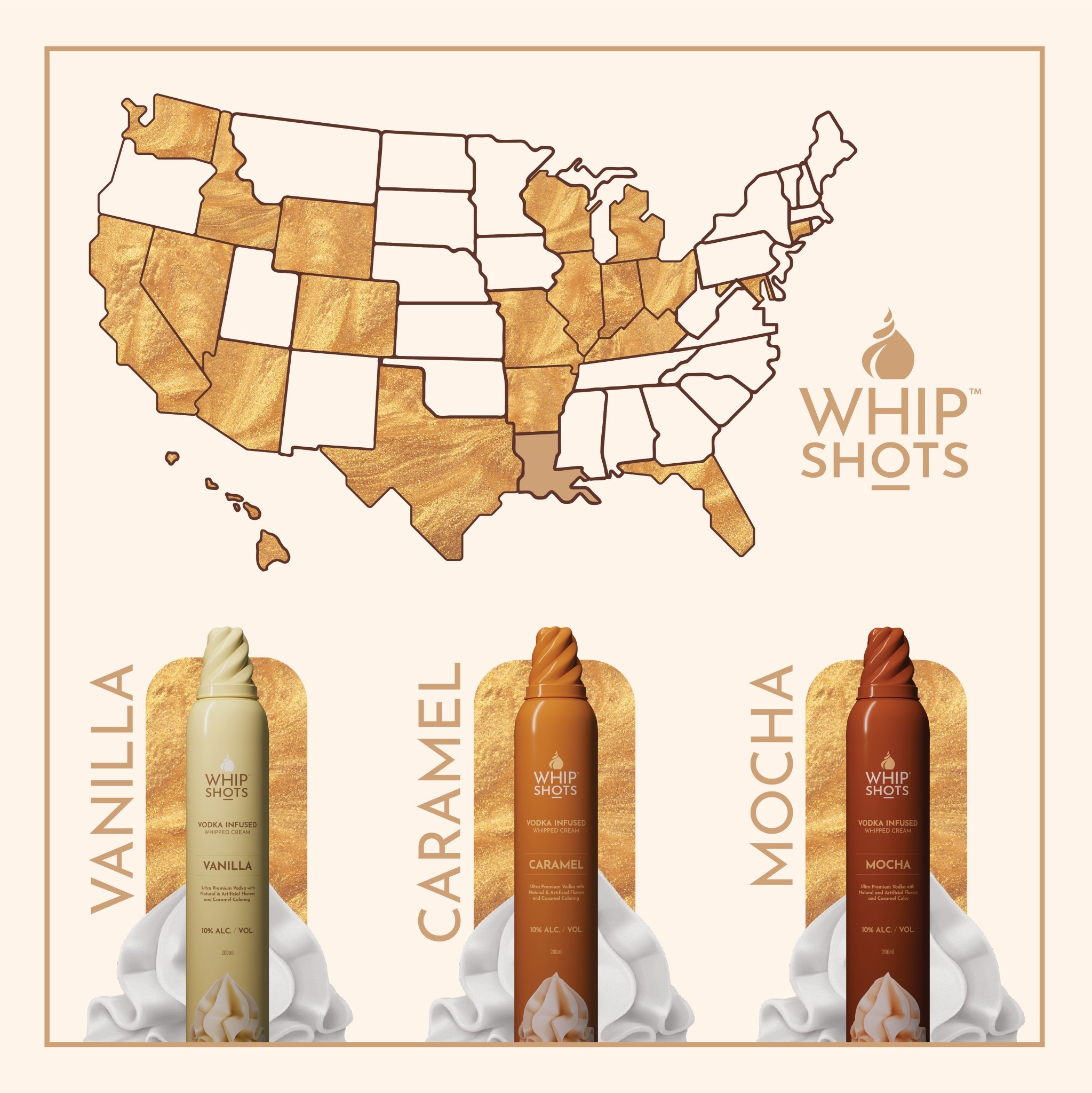 This month, Starco Brands announced that Whipshots, the vodka-infused whipped cream brand launched in collaboration with Cardi B, has expanded its retail presence and this month became available in Arkansas, Connecticut, Idaho, Michigan, Ohio, Wisconsin and Wyoming. Furthermore, Louisiana will come onboard in mid-November.

“With our recent milestone in crossing one-million cans sold, we are ecstatic to continue our expansion in retailers around the United States,” Ross Sklar, CEO of Starco Brands, said in a news release. “Being available in seven, soon to be eight, new states will allow even more consumers and hospitality establishments to join the fun just in time for the holidays.”

In February, Whipshots launched to California, Colorado, Washington and Florida. In June, Whiskey Raiders reported that the brand had expanded to Arizona, Kentucky and Washington, D.C. In September, Whipshots entered Hawaii, Missouri and Indiana.

On Monday, Whipshots announced the launch of a limited-time Peppermint flavor.