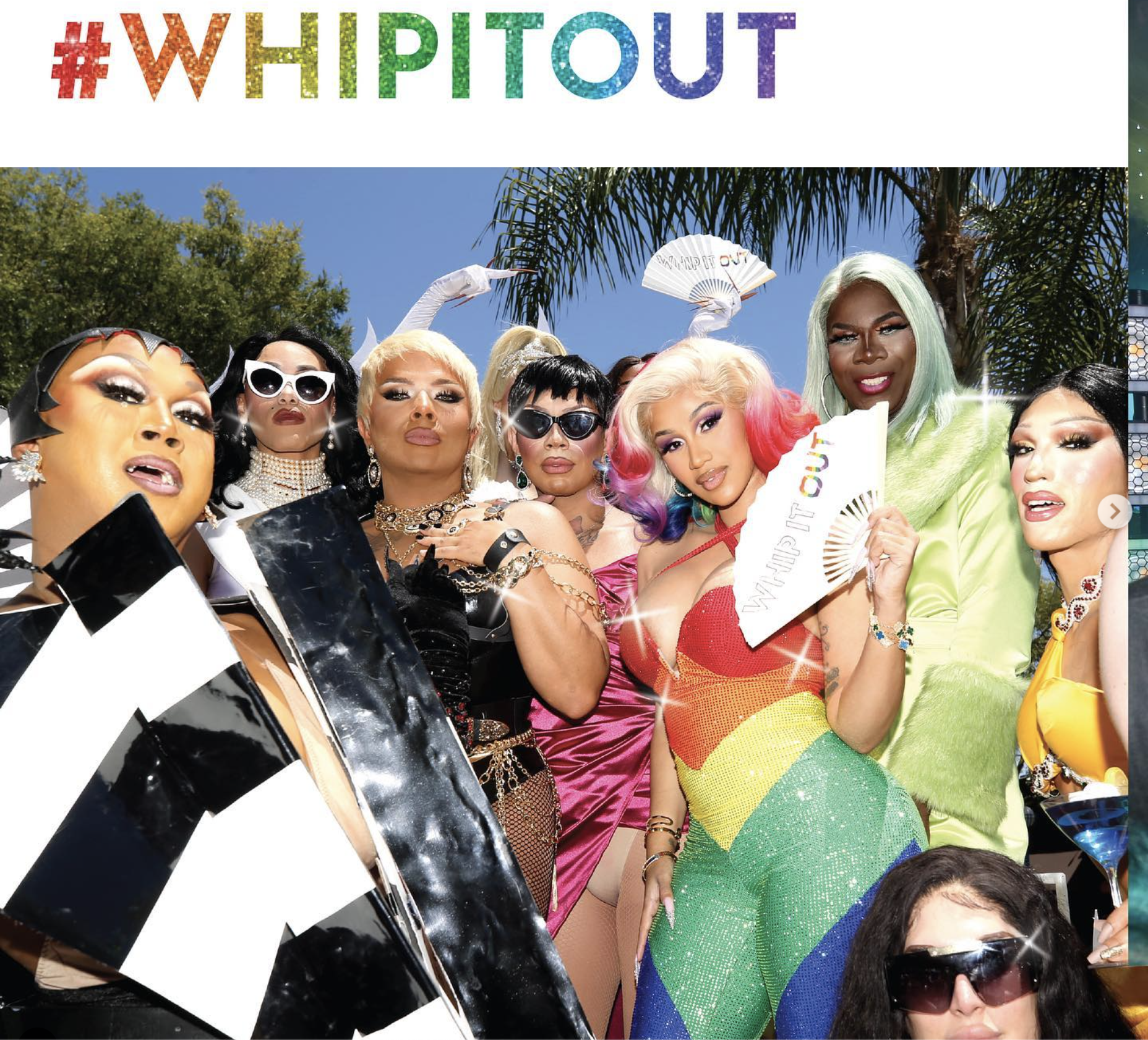 Whipshots, the vodka-infused boozy whipped cream brand by Grammy-winning rapper Cardi B and Starco Brands, announced Friday that it is partnering with the Transgender Law Center during Pride Month.

The brand published the following message about the partnership across its social media channels:

We love a party as much as you do. We also love to shed light on causes worth celebrating.

That’s why Whipshots is collaborating with the Transgender Law Center in an effort to raise funds, raise awareness, and raise our glasses to such a vibrant, brave community.

Together, let’s keep our transgender and gender nonconforming people alive to thrive.

Who knew giving back could be so sweet?

Also in support of Pride Month, Whipshots last week took over several LGBTQ+ bars and clubs along Santa Monica Boulevard in Los Angeles with specialty cocktails and boozy brunches. Attendees were offered the chance to spin the Whipster Wheel and spray Whipshots on the body part the wheel landed on. The wheel spins were offered to anyone who donated $5 or more, with all proceeds going to the Transgender Law Center.

“As the LGBTQ+ community faces even more political attacks this election year, it’s more important than ever for brands to take a stand with the community in such a bold, unapologetic way,” Patrick Thomas O’Neill, chief creative officer at Starco, told Los Angeles Blade. ““WHIP IT OUT, the Whipshots campaign for PRIDE 2022, reminds us all that we can have a little fun together as a community and still fight the good fight.”

The Transgender Law Center is the largest American transgender-led civil rights organization in the U.S. It aims to “keep transgender and gender nonconforming people alive, thriving, and fighting for liberation,” according to its mission statement.

Whipshots was founded in December and launched to retail in four states in February. Since February, the brand has expanded and is currently available in retail in Arizona, California, Colorado, Florida, Kentucky, Washington and Washington, D.C.