Westward Whiskey Club is the Subscription Service to Join
Article

With Whiskey Subscription Services on the Rise, This is the one you Should Join 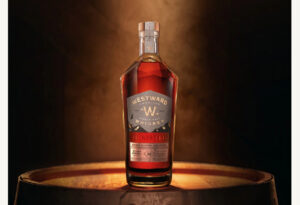 Westward Whiskey is joining the ranks of some popular whiskey brands and starting a whiskey subscription service. However, Westward Whiskey Club is widely available with shipping to 30 states and has more to offer consumers than most of its counterparts.

I’ve seen my fair share of whiskey subscription services, and this one is unique in that it is the first craft whiskey brand to have a direct-to-consumer product. In addition to that, members get many additional perks on top of the quarterly shipments of whiskeys.

Westward Whiskey describes the service as “a club for whiskey enthusiasts, offering unparalleled member exclusive events and experiences as well as rare expressions of our award-winning Single Malt Whiskeys.”

The club also offers two options for customers to choose from: the Explorer Club and the Cask Club. “Membership is free and flexible,” the official club website reads. “Choose from two membership options, customize your quarterly selection, and pay only for the whiskey purchased. For each quarterly release, Explorer Club members pay approximately $90, and Cask Club members pay approximately $270.”

Other than the price, there are notable differences between the two clubs. The Explorer Club receives one bottle of whiskey in each of the four releases per year, and the Cask Club receives three per quarter. However, both options give guests tons of exclusive access to tours and content, unlike many other subscription services.