Vodka vs. Whiskey: What's the Difference?

Whiskey vs. Vodka: What’s the Difference? 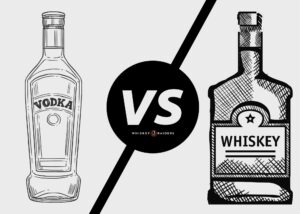 A frequently searched query on the internet is the difference between whiskey and vodka. If you’re not sure of the answer, we’ve got you covered. Vodka and whiskey seem to be the ultimate opposites in the spirits world. While both are distilled and spirits, the comparisons pretty much end there.

What is Vodka? The answer is quite simple: alcohol made from high starch or sugar plant matter with yeast (potatoes or fruit).

This process of making vodka can be done in a variety of ways, but the most common are fermenting cereal grains like wheat, corn, rye or potatoes.

Once the alcohol has been created, it must go through distillation (at least three times) to get rid of impurities before being diluted and filtered to make vodka. 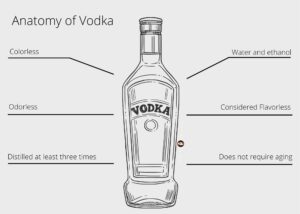 Whiskey is a distilled liquor produced from a fermented mash of cereal grains and aged in oak barrels. No additional flavor is needed to be called a whiskey; all of the taste must originate from the barrel in which the whiskey is aged. Corn, barley malt, rye and wheat are the most common grains used in production.

Lastly, multiple types of spirits are identified as whiskey (or whisky, if you’re discussing spirits outside of the U.S. or Ireland), including bourbon, scotch and rye. For all of the whiskey styles, labeling is regulated strictly. This means that legally, not just any whiskey can be called bourbon, for example. It needs to follow specific regulations to qualify. 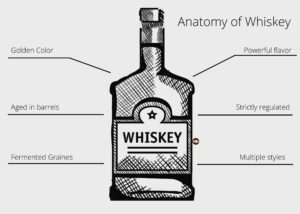 While the differences between whiskey and vodka may seem superficial, they can significantly affect how you drink your spirits. The two play a major role in the cocktail world, and while you want to put vodka in your martini, whiskey would not be an ideal replacement.

If you’ve been drinking one type of spirit for years but are considering switching to another, take some time to consider what it is about that other spirit that might make it more appealing. In doing so, you will end up with a better understanding of yourself and an appreciation for the variety available in today’s world of alcohol consumption.