For 2021, they announced the winner for “World’s Best Single Malt” as the Glenallachie 10 Year Old.  This Speyside Scotch Whisky is aged for only 10 years in a sherry cask, but bottled at cask strength without any chillfiltration and with natural color. 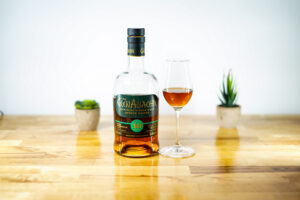 Whiskey Raiders recently reviewed the Glenallachie 10 Year which received high praise from in house critic Jay, earning a score of 7 and had a complexity that would rival whiskies twice its age, with sweet dessert notes of brown butter, cocoa, sweet cream and stewed fruits.  The dram finishes up with notes of fudge, cream, and raisin bread.  Other reviewers felt differently, such as Jason from Malt Review, noting that the whiskey was “pretty non-descript in all honesty. Lockdown or not.”