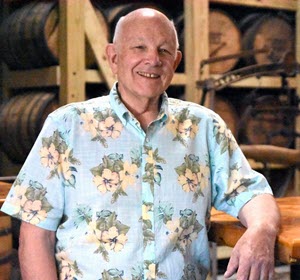 In a formal statement, Kentucky Artisan Distillery announced that former Brown-Forman president Steve Thompson passed away on September 6th, 2021, at the age of 79. Steve was President of Brown-Forman Distilleries and leader of its distilling operations from 1987 to 1995.

After leaving Brown-Forman in 1995, Steve retired to Hawaii after starting a railroad and food industries company that created pumps, filters, and steel fabrications called RF Industries. However, shortly after retiring, he began Hawaii Island Spirits Inc. in 2007. Eventually, he moved back to Kentucky and created Kentucky Artisan Distillery.

Kentucky Artisan Distillery said Steve, “Bourbon enthusiast who has spent his entire career in the spirits industry. Steve has helped launch distilleries all over the country, and we are lucky to call him ‘boss.’”

“It is with great sadness that we pass along the news that our founder, Steve Thompson, passed away on September 6th, 2021 at the age of 79 years old. Distilling was Steve’s life and passion – he was the President of Brown-Forman Distilleries from 1987 to 1995, created Hawaii Island Spirits Inc. in 2007, and in 2012 was able to realize his dream in opening his own distillery, Kentucky Artisan Distillery, in Crestwood, Kentucky.

Steve was an incredible force of nature, breathing life into every room, never slowing down, and always speaking directly from the heart. He will be dearly missed by us all.”

Steve Thompson was hugely impactful in the whiskey industry and will be greatly missed by many. We invite you to keep his family and colleagues in your thoughts during this time.