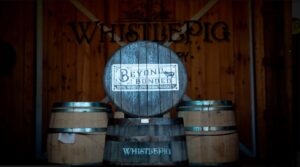 WhistlePig recently auctioned off a distillery experience and an entire barrel of their new  Farm Stock Beyond Bonded Rye Whiskey.  The distillery said that 100% of the proceeds would go to charity.  Mecum Auctions handled the lot, which sold for $39,000

WhistlePig has followed through with their promise, and even contributed more.  In addition to the winner’s $39,000, WhistlePig added an additional $61,100 to bring the total to $100,100, a nod to the whiskey’s bottling proof of 100.1.  The money was donated to Farm Aid, supporting American Farmers since 1985.

If you didn’t know about the auction, or weren’t the winning bidder, the other 39 barrels that make up the release of the 4 Year Rye Whiskey will be available soon at retailers, bars and restaurants across the country.