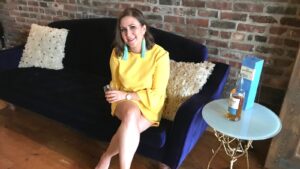 I had the chance to sit down (virtually) with Julia Ritz Toffoli, the founder of Women Who Whiskey and have a conversation about her influence in the whiskey world since founding the club.

Women Who Whiskey is an experimental whiskey club and a haven for women looking for a safe environment to learn about and enjoy whiskey. Welcoming amateurs and connoisseurs alike, the club has expanded to include chapters worldwide.

Like many, Julia’s first delve into the whiskey world was during college. For Julia, that was in Montreal, Canada, where rye and ginger cocktails were all the rage. Flash forward a few years, all of 5-foot-2 and fresh on the New York bar scene, Julia found herself questioned regularly about ordering a whiskey.

This is a familiar story for women everywhere, who order something more potent than a glass of wine at a bar, and are met with “Strong drink for a little lady” comments. As Julia starts chatting with other female whiskey drinkers, she realizes that it is way more common to be questioned about the choice than she initially realized.

She knew there needed to be a safe place to enjoy a glass of whiskey or cocktail, without judgment or fear of being “mansplained” to how strong it is. “We need to be able to feel comfortable drinking whiskey in our own city. So, why don’t we get together and do that? And so that’s kind of how the idea was born.” 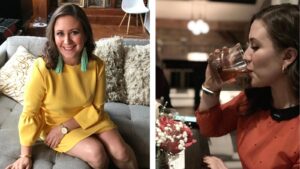 Julia said the club started out casually in 2011. She would create Facebook events to meet at bars around the city, and the women would blog about their experiences. While the blog didn’t stick, it put the small group in the path of other women looking for the same thing.

From there, the group exploded.

With the growth, the club started “Whiskey Mondays,” a usually slow time in the industry, by having meetings at various bars. Eventually, they had brand ambassadors for multiple whiskeys, did tastings and food pairings and even held events at distilleries. Julia called it an “experimental, experiential whiskey club.”

Julia does stress that the club’s goal is not to be gender exclusive (there is an occasional gentlemen’s edition) “It’s more about making sure that there is a space where women can feel comfortable and learn and come together,” she said. 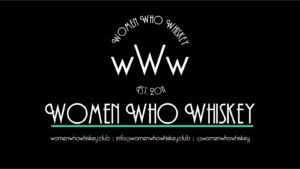 Currently, there are 25 chapters in the U.S. and five international ones, and the numbers keep growing. Even COVID-19 can’t stop the successful club. “Interactive virtual events have been consistently high, which was very surprising to me. I thought people would get zoom fatigue really fast, but demand just continues to outpace supply. It’s also allowed us to kind of break down geographic barriers”. Although Julia admits she misses the in-person meetings, and even with consistent attendance at meetings, the pandemic hasn’t been easy to navigate.

With over 16,000 women involved in the club, Julia hopes to use her status in the industry to help whiskey brands see what inclusive marketing looks like and that marketing whiskey to women doesn’t mean excluding men, which is what she describes as her long-term ambition for Women Who Whiskey.

Lastly, Julia says her current go-to whiskey isKoval, based in Chicago. Specifically, Koval’s alternative grain whiskeys. Julia says its 100% millet whiskey is one of her favorites.