Alcohol Marketing Regulation Improvement Called for by WHO
Article 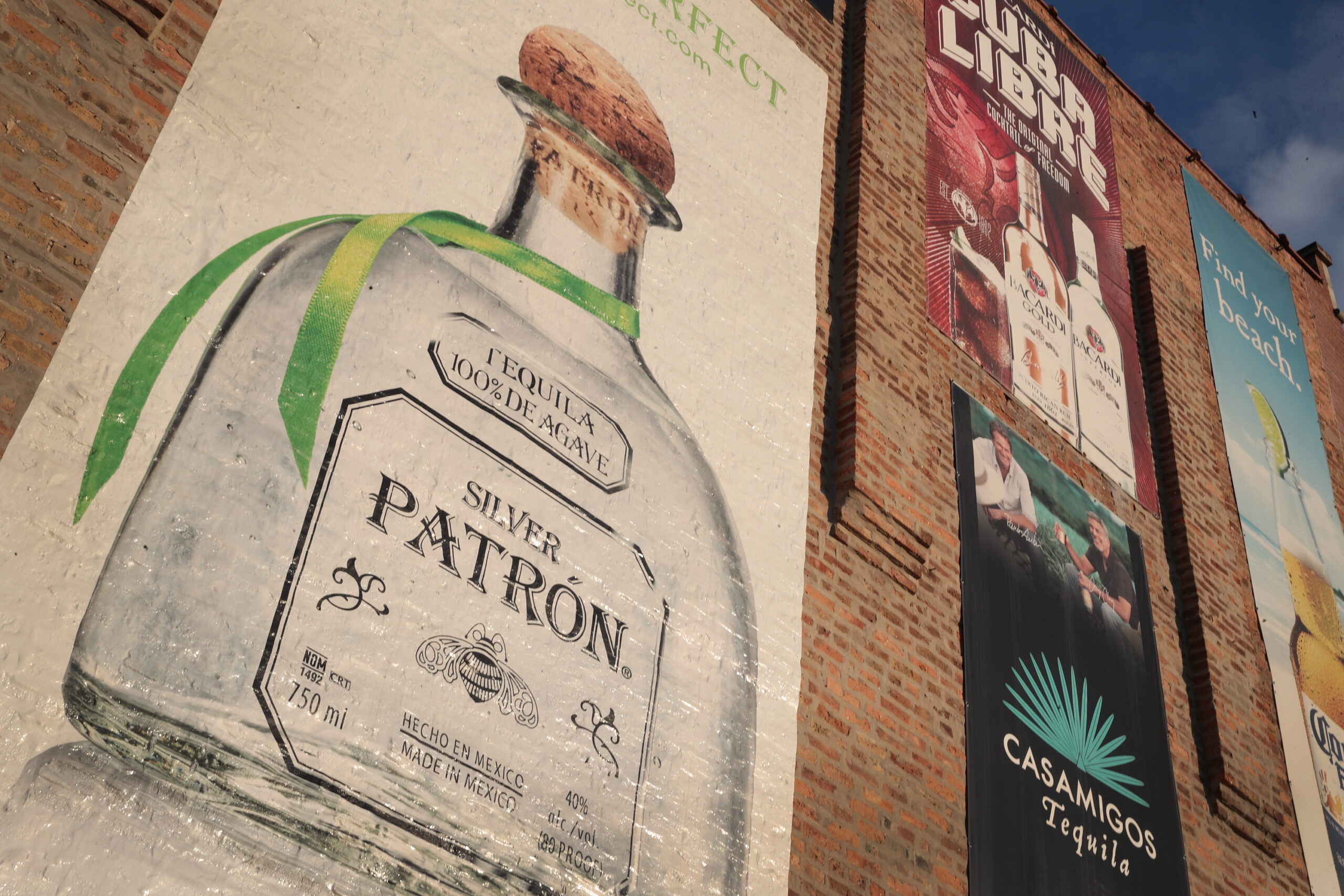 Banners advertising Patron Tequila, Bacardi Rum and other products are shown outside of a liquor store on Jan. 22, 2018, in Chicago, Illinois. The World Health Organization this week called for improved regulation of alcohol marketing across national borders. (Photo by Scott Olson/Getty Images)

The World Health Organization this week published a report highlighting the surging use of sophisticated online marketing techniques for alcohol. The WHO voiced its opinion that there is a need for more effective regulation of alcohol marketing.

The report details the international (especially digital) marketing of alcohol, often disregarding the social, economic or cultural contexts of targeted countries. It suggests that younger people and heavy drinkers are increasingly targeted by alcohol advertising, ”

A new report from the World Health Organization higlights the increasing use of sophisticated online marketing techniques for alcohol and the need for more effective regulation. It shows that young people and heavy drinkers are increasingly targeted by alcohol advertising, often to the detriment of their health.

“Alcohol robs young people, their families and societies of their lives and potential,” said Dr. Tedros Adhanom Ghebreyesus, Director-General of the WHO. “Yet despite the clear risks to health, controls on the marketing of alcohol are much weaker than for other psychoactive products. Better, well enforced and more consistent regulation of alcohol marketing would both save and improve young lives across the world.”

The report points to the growing sophistication of online marketing as a major problem. “The collection and analysis of data on users’ habits and preferences by global Internet providers has created new and growing opportunities for alcohol marketers to target messages to specific groups across national borders,” the report reads.

Targeted social-media advertising is especially effective, according to the WHO, due to social influencers and the sharing of posts between users. Due to the increasing ubiquity of targeted marketing, the WHO is calling for international collaboration.

The report states that national governments should “integrate comprehensive restrictions or bans of alcohol marketing, including its cross-border aspects, in public health strategies.” The report highlights features and options for the regulation of cross-border marketing of alcohol and maintains that “strong collaboration” between nations is important.

“The rising importance of digital media means that alcohol marketing has become increasingly cross-border”, said Dag Rekve of the Alcohol, Drugs and Addictive Behaviours Unit at the WHO. “This makes it more difficult for countries that are regulating alcohol marketing to effectively control it in their jurisdictions. More collaboration between countries in this area is needed.”

The WHO pointed to sponsorship of major sporting and e-sports, as well as product placement in movies and TV shows, as examples of advertising that can be damaging. These sorts of advertisements are there for all to see, not targeted to specific demographics, and therefore inadvertently target concern groups such as children, adolescents and heavy drinkers.

Many countries have restrictions on alcohol marketing, but they tend to be “relatively weak,” according to the WHO.