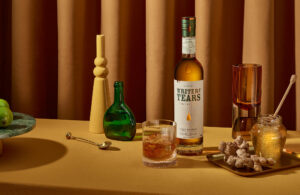 We’ve got some excellent news for you. Walsh Whiskey recently released Writers’ Tears’ first Irish Single Pot Still Whiskey, Copper Pot. It is expected to be an exceptional whiskey that has been triple distilled, non-peated and matured in flame-charred American Oak bourbon casks.

Despite its recent release, the whiskey is already heavily awarded and was included in Ian Buxton’s publication “101 Whiskeys to try before you die,” a significant award for Walsh Whiskey, a brand that intends to lead the revival of Irish whiskey.

“Walsh Whiskey is leading the Irish whiskey renaissance. Its exclusively premium and super-premium, triple-distilled, craft Irish whiskeys – Writers’ Tears and The Irishman – are both critically acclaimed and internationally adored,” says the website regarding the brand.

As Walsh Whiskey continues to expand its portfolio, it has remained steadfast in releasing great whiskeys. It will be interesting to see if Copper Pot can stand up to its predecessors in flavor and quality. However, it will not hit U.S. markets until 2022, so we’ll have to wait and see.