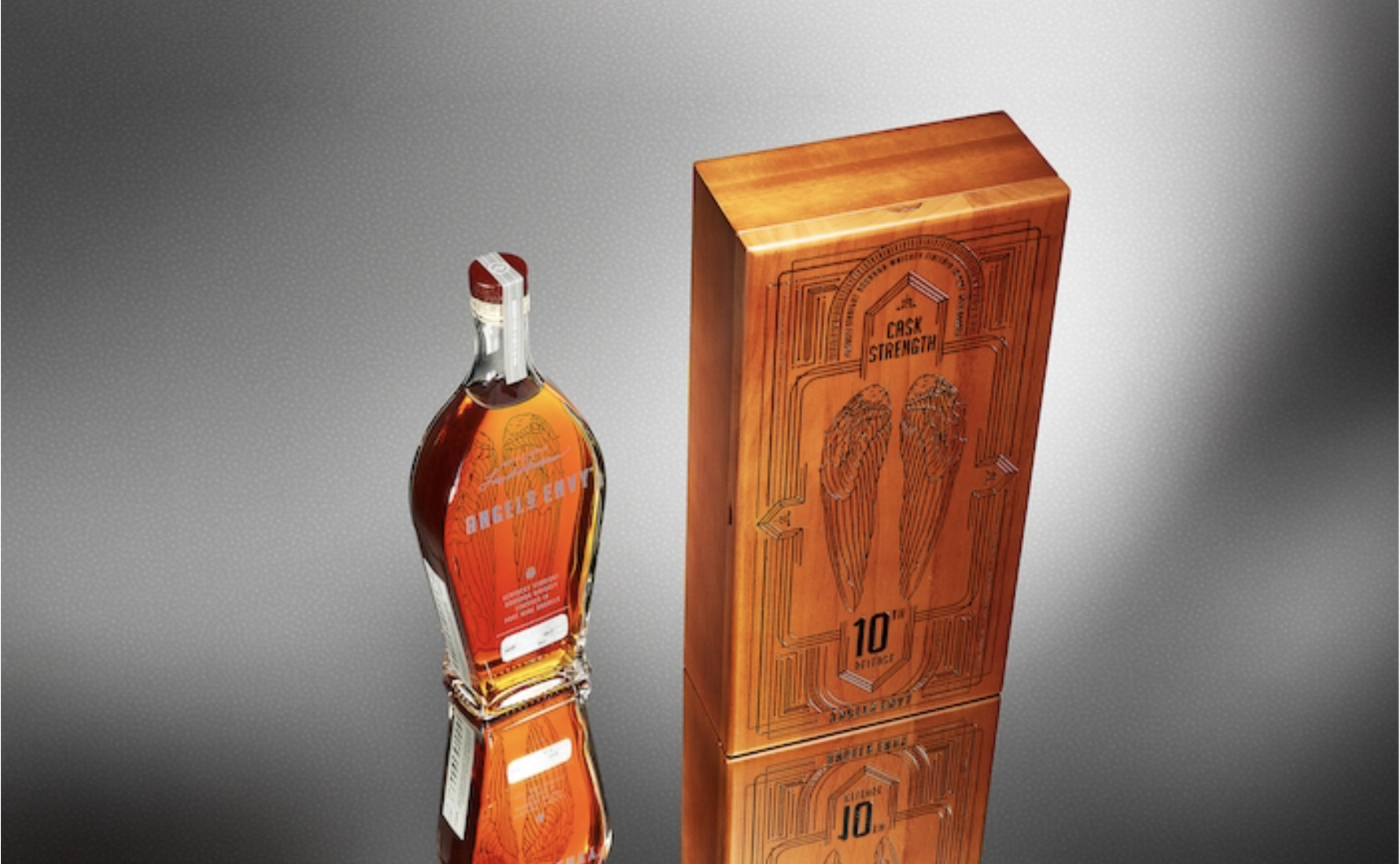 The Angel’s Envy 2021 Cask Strength Bourbon Whiskey is finished in port wine barrels. This year’s release is bottled at 120.7 proof and packaged in a commemorative and collectible carved hardwood box. About 14,760 bottles will be released to select retailers in all 50 states. The suggested retail price is $230 for a 750-milliliter bottle.

“Putting together our annual Cask Strength release has become something of a tradition for our family. It’s hard to believe that we’ve been doing it for ten years,” said Wes Henderson, co-founder and chief innovation officer of Angel’s Envy, in a news release. “Back in 2012, our first Cask Strength release was a run of just 600 bottles available in only two states. So to see fans all over the country chasing down these bottles and sharing them with their friends and family as a special way to toast over the holidays or as a gift – it’s very rewarding and a reflection of how much Angel’s Envy has grown over the past decade.”