‘The 1st Opportunity to Taste an Expression That is 100 Percent Our Whiskey’: Bardstown Bourbon Co. Announces Origin Series 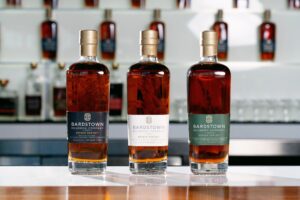 On Monday, Bardstown Bourbon Company announced a new range of whiskeys called the Origin Series, which will debut in early 2023.

This series marks a significant moment for the company, as it is the first collection of whiskeys made entirely from Bardstown Bourbon Co.’s distillate. 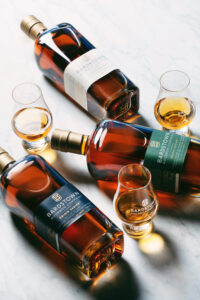 “The Origin Series is the first opportunity to taste an expression that is 100 percent our whiskey,” Dan Callaway, VP of product development for Bardstown Bourbon Co., said in a news release. “We’ve put years of patience into this bottle, waiting six years until we felt it was truly ready to share with the world. The full technical capabilities of our distillery are on display with these three bespoke products.”

Have you checked out the Whiskey Raiders podcast yet? We release a new episode each Thursday. Click here to listen to episode 2.

Origin Series Bourbon is a 6-year-old Kentucky Straight Bourbon Whiskey. The mashbill includes 36% rye, giving the bourbon notes of apricot, orange blossom, and mint, as well as caramel, nutmeg, and oak on the nose. According to the news release, cinnamon and vanilla provide a long finish on the palate.

Origin Series Bourbon is bottled at 96 proof and will sell for a suggested price of $44.99.

Origin Series Bottled-in-Bond features a mashbill consisting of 20% wheat, creating a bourbon that the brand says has tasting notes such as peach, cocoa and lemon on the nose. The finish includes fruit and toffee.

The Wheated Bottled-in-Bond whiskey is presented at 100 proof and will sell for a suggested price of $49.99.

Origin Series Kentucky Straight Rye has been finished in custom barrels and was alternated between toasted American oak and cherry wood staves. This process created a flavor profile that is said to include cherry, white flower, dill and cinnamon.

The Kentucky Straight Rye is presented at 96 proof for a suggested price of $69.99.

The three whiskeys in the series will be available at retailers in 24 states and online. Each of the whiskies was been distilled and bottled at Bardstown Bourbon Co.