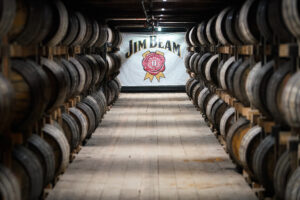 After the deadly tornado that ripped through Kentucky on Dec. 10, Beam Suntory joined many others in the bourbon community and pledged $1 million to fund relief efforts.

We are donating $50,000 to the Team Western Kentucky Tornado Relief Fund, to assist those impacted by the tornadoes. Join us for the Bourbon Benefit online auction live starting 12/16 at 5PM ET to show your support. #KentuckyStrong pic.twitter.com/UXDiBnMpMw

“The quick response to this heart-breaking tragedy by first responders, relief organizations, government agencies, and neighbors helping neighbors has been inspiring,” said Beam Suntory CEO Albert Baladi. “While our facilities and teams were spared the worst of this catastrophe, we stand with our neighbors and offer this support on behalf of the more than 1,200 people of Beam Suntory in Kentucky.”

Beam Suntory is also matching individual donations made by its U.S. staff to relief organizations. Some workers have volunteered to assist with the rehabilitation through the firm’s Care Days initiative, while Maker’s Mark and Knob Creek single-barrel Bourbon were given to a charity auction organized by the Kentucky Distillers’ Association.