Best Celebrity Bourbon Around? With Names Like Eaves, Manning, Roddick and Nantz, That’s The Word On The Street | Whiskey Raiders
American

Best Celebrity Bourbon Around? With Names Like Eaves, Manning, Roddick and Nantz, That’s The Word On The Street

In early 2019, Peyton Manning, tennis pro Andy Roddick, sports announcer Jim Nantz, real estate investor Mark Rivers, and 38 others joined together to purchase Sweetens Cove Golf Club. A Tennessee course that’s famous to in-the-know golfers. The course has no clubhouse, only 9 holes, and a shed, where each golfer takes a traditional shot of bourbon before beginning the round.

As the shed started filling up with bottles of bourbon from various patrons, Manning, Roddick, Rivers, and Nantz decided to take the purchase one step further and create their very own Sweetens Cove Golf Club Bourbon.

“You’d blow the dust out of a shot glass and throw one back. We thought that was just beautiful,” Rivers said. “And then we thought, ‘Why don’t we create our own bourbon, inspired by that, and by this place?’” 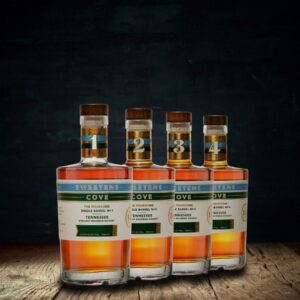 The group called on Marianne Eaves, master distiller, to blend the whiskey herself. Eaves was Kentucky’s first female master distiller and trained at Woodford Reserve Distillery before moving on to Castle and Key. Now working as an independent consultant and living full-time out of an R.V. with her partner, who runs a traveling circus.

As if that isn’t impressive enough, Esquire says she was pregnant and blended the batches at her kitchen table. My kind of woman. 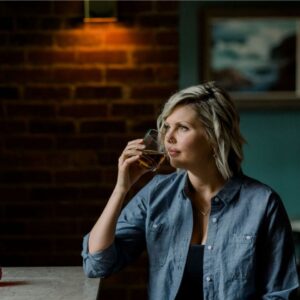 But don’t think you’re going to get your hands on a bottle so easily. Initially only available to Tennessee residents, it is now selling to Georgia and Texas. Although, the $200 bottles are far and few between and even harder to come by.

“There are a few remaining bottles (here and there) of Batch IV and Batch V, the final of the five unique batches of the hand-blended Bourbon by Marianne available in Tennessee and Georgia now. Once gone, it’s gone.” According to the Sweetens Cove website. Not to mention all the star power behind the bourbon, it’s bound to become a collectors’ item.

Both Manning and Roddick are admittedly not whiskey experts and believe that Eave’s expertise is the reason behind all their success. However, between the charm of the Sweetens Cove story, and the rumored legendary taste, we aren’t surprised this bourbon is flying off the shelves like it is.

“I think that Sweetens Cove is going to be Tennessee’s Pappy Van Winkle. It’s actually going to be better,” -Master distiller Marianne Eaves.

If you wish you could get your hands on a bottle but need a smaller price tag, you’ll want to check out Woodford Reserve, where Marianne Eaves got her start.