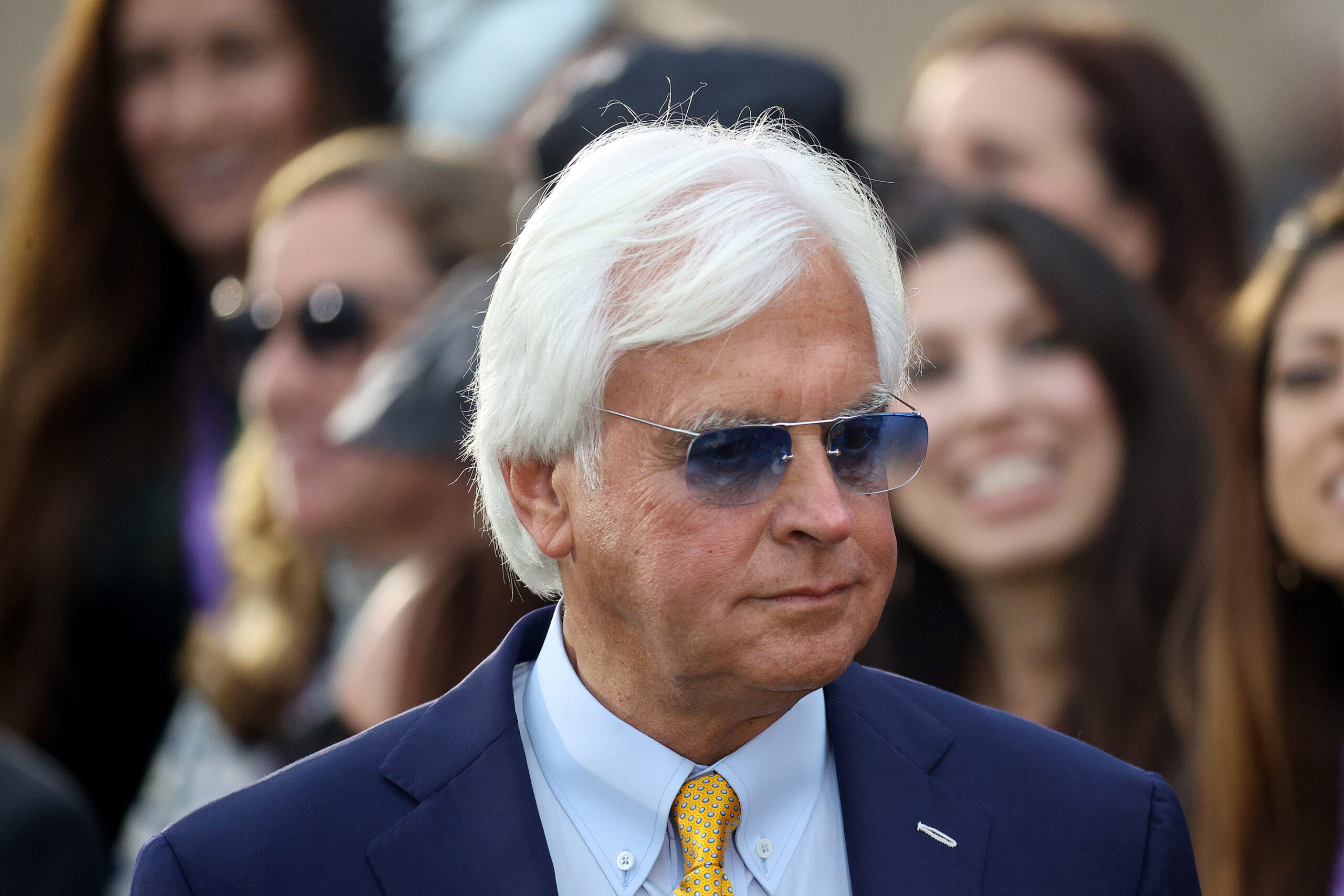 On Wednesday, the Louisville Courier-Journal reported that two Louisville, Kentucky liquor stores have apologized and paid a $50,000 donation in Bob Baffert’s name to three thoroughbred racing charities after making fun of Baffert, a Hall of Fame horse racing trainer, with stickers placed on bourbon bottles.

The settlement dictates that Louisville-based Cox’s and Evergreen Liquors donate $50,000 to charities Old Friends, the Permanently Disabled Jockeys Fund and the Edwin J. Gregson Foundation; cease and desist from further production of the labels; send all remaining bottles and more than $18,000 received from bottle sales to Baffert; write formal letters of apology to Baffert; and cover Baffert’s legal fees.

The Courier-Journal reported that the settlement was notarized Aug. 31.

Earlier this summer, the Louisville Bourbon Club collaborated with Cox’s and Evergreen Liquors to place the limited-edition sticker labels on bottles of Pinhook Bourbon, poking fun at Baffert, who was suspended from Churchill Downs and the New York Racing Association after his 2021 Kentucky Derby-winning horse, Medina Spirit, failed a drug test.

The labels read “Bobby’s Secret Horsey Stuff” — a play on “Mike’s Secret Stuff” from the 1996 film “Space Jam” — and depicted Baffert holding a syringe. The text next to the depiction of Baffert read “Just let Ol’ Uncle Bobby blend ya up a batch of that good-good stuff.”

In a statement, Baffert’s attorney, Craig Robertson, said the trainer was unaware his image had been used without his consent and was “very upset” when he found out. Robertson told the Courier-Journal that he reached out to the parties displayed on the label and demanded actions from the companies, which he said had “violated both federal and state law.”

Pinhook, which in July told Whiskey Raiders that it “had nothing to do with” and had not been aware that these labels were being place on its bottles, was not required to pay as part of the settlement.

“l will not tolerate defamatory conduct that portrays me in a false light and injures my reputation. I will always be prepared to litigate to defend my name against unacceptable acts, including those which cause people nationwide to be influenced by a false and malicious portrayal of me,” Baffert said in a statement sent to The Courier-Journal.